On January 31, the Syrian Arab Army (SAA) and the Tiger Forces supported by the Russian Aerospace Forces captured the villages of Mushayrifah, Buraghayti, Judaydah, Tuwayl al-Halib, Masadah, Jabal Tawil, al-Khifa, Qalaat Mirza, Tell Sultan, Tell Kalbah, Tawahinah and the air defense base west of the town of Abu Duhur in the southeastern Idlib countryside, according to the Hezbollah media wing in Syria.

The SAA also resumed its operations in the southwestern Aleppo countryside and captured the villages of Atshana Sharqiya, Tell Husain and Mulahimat. The SAA attack in southwestern Aleppo is aimed at securing the road between the towns of Abu al-Duhur and al-Hader, according to Syrian pro-government sources.

From its side, the HTS-linked news agency Iba’a reported that a VBIED targeted a position of the SAA around the village of Tell Kalbah west of Abu Duhur. However, Syrian pro-government activists say that the VBIED attack failed.

Currently the SAA and its allies are deployed within only 16km east of their first target, the town of Saraqib in the southeastern Aleppo countryside. The main target of the SAA is to break the HTS siege on al-Fu’ah and Kafriya. These villages are located only 12km north of Saraqib.

Pro-government sources claim that Hezbollah and several Iranian backed militias will lunch their own attack towards al-Fu’ah and Kafriya in the upcoming days. This operation may lead to a full collapse of the HTS defense in southern and eastern Idlib.

You dumb black cunts thats what america want…attack ur own 4 us….

Attacking who ? or are you talking about the Al Qaeda group HTS backed by Saudi Arabia made up of foreign proxies recruited by the CIA, you sure have some twisted sense of reality.

I assume they are allowing Internet access in American insane asylums now Emily?

You can call me Al
Reply to  Emily Byron

Hey dip shit, this is in a Country called Syria, not in your US advanced cities of Chicago, Baltimore or NY ++; now get TF off this site.

OUTSTANDING !
THE TIGERS ARE ON THE MOVE 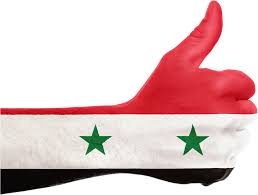 Great to see the SAA showing these terrorist gangs from a mother and father not of Syria where to go!