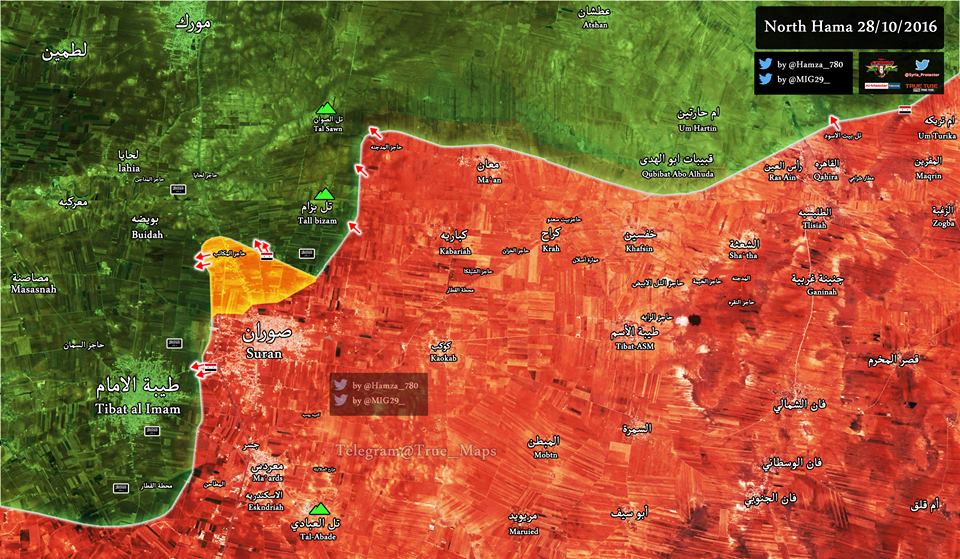 AlMasdarNews reports: The Syrian Arab Army (SAA) continued their large-scale counter-offensive in the northern countryside of Hama on Friday, targeting the area to the north of recently captured Souran.

Led by the Tiger Forces, the Syrian Arab Army made their first push north of Souran, striking the jihadist defenses at the Al-Makateb Checkpoint.

Not long after launching the attack on the Al-Makateb Checkpoint, the Syrian Armed Forces overran Jund Al-Sham’s (mostly Chechen fighters) defenses and established full control over this site.

In addition to their advance at Souran’s northern axis, the Syrian Armed Forces also heavily shelled the nearby town of Taybat Al-Imam, as they prepare to storm its western axis.

Yeah another failure for FSA