Today, the Syrian Army has capture the Al-Hussein Mosque and several surrounding points in the Qaboun district in eastern Damascus. [according to Al-Masdar News]

The Republican Guard and the Fourth Division began a military operation aimed at capturing the strategic Qaboun district that overlooks the Damascus-Homs International Highway a month ago. Militants defending the district are mostly pledged to Jaish Al-Islam (JaI), Ahrar Al-Sham and Hay’at Tahrir al-Sham (HTS).

Ahrar Al-Sham destroyed a T-72 battle tank beloonging to the Syrian army with an IED in last week. The driver was killed in the attack. 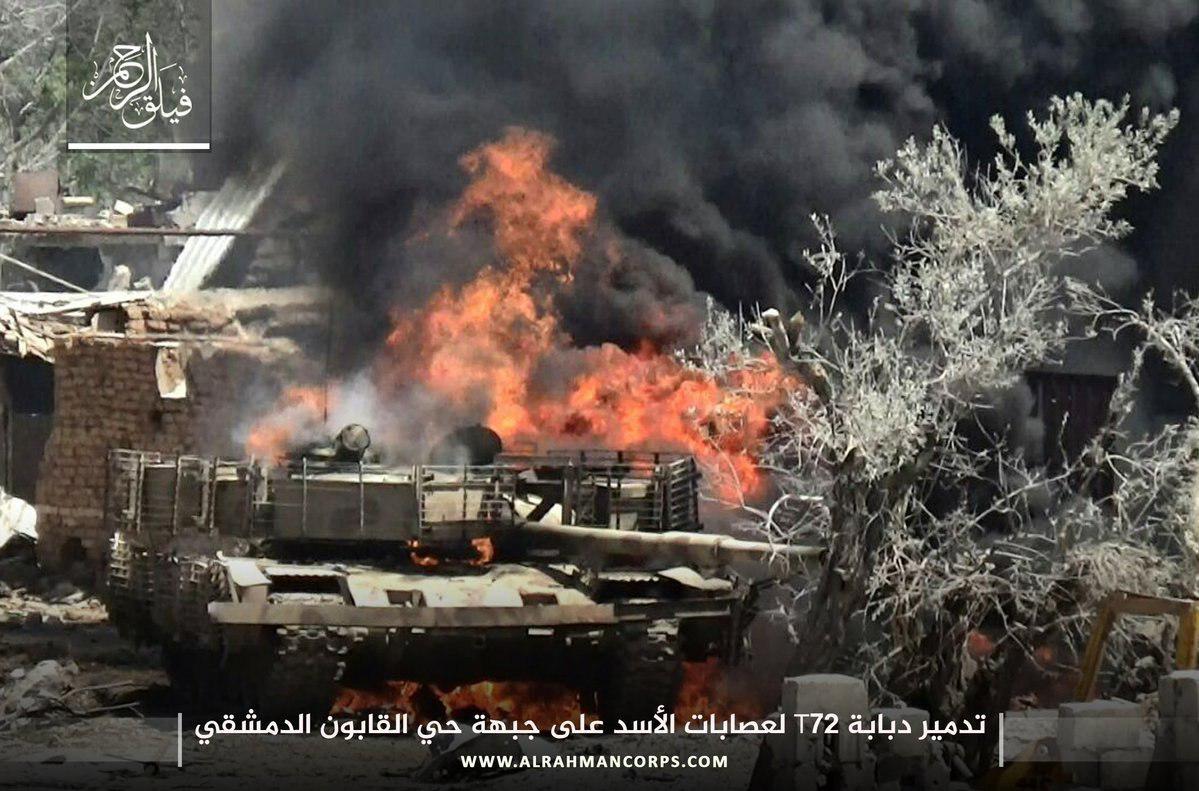 Jaish Al-Islam continued its limited military operation on the Qasimiyah front in the Eastern Ghouta region aiming to divert the Syrian Army’s attention but to no avail.

The Syrian Special Operation Forces freed 34 imprisoned Syrian soldiers on April 18 in an intricately-planned operation. Ahrar Al-Sham militants kept the imprisoned soldiers in one of its tunnels. The special forces captured one of their guards and killed two others.

Faylaq rahman not ahrar sham in the t72 pic