On Saturday, the Syrian Arab Army (SAA) and its allies captured  the entire ISIS-held area in the eastern Homs countryside pocket, according to the Hezbollah media wing in Syria. The SAA killed or captured all ISIS fighters inside the pocket.

The east Homs countryside pocket had the size of 2000 square kilometers and was located between al-Sukhanah town and the al-Sha’aer gas field. According to the Hezbollah media wing in Syria, the SAA is now clearing the newly captured areas in the eastern Homs countryside from mines and IEDs planted by ISIS fighters.

According to pro-government sources Salba and Jib al-Albawi are also under attack now. ISIS is clearly trying to exploit the SAA weakness in the eastern Hama countryside to delay Deir Ezzor attack.

Excellent. Now it is the time to prepare “Eastern Hama Kebab”:)

Lol! I want the recipe!

1. To cut islamistic dogs Into small pieces.
2. To add some mashed their foreign supporters.
3. To mix, but do not shake:)

Who are those that gave you “likes” with your Goebbels type anti semitism? There should be no place on SF for this nazi scum.

oh shut up kike, it’s no secret that the whole Syrian civil war began because of Israel

there is not Syria civil war ! This is western propaganda.

Go defend Talmudists somewhere else, this site is for in depth analysis, and true information not your BS.

Go to the hell to your Merkel with political correctnes!

Hehe good stuff. Feels great being able to make fun of hooked noses without giving a damn about ‘anti-semite’ accusations.

Also great job to SAA and RuAF and Russian Spetsnaz for clearing out the trash one day at a time.

I don’t fucking care if they label me as an anti-semite, in fact it encourages me 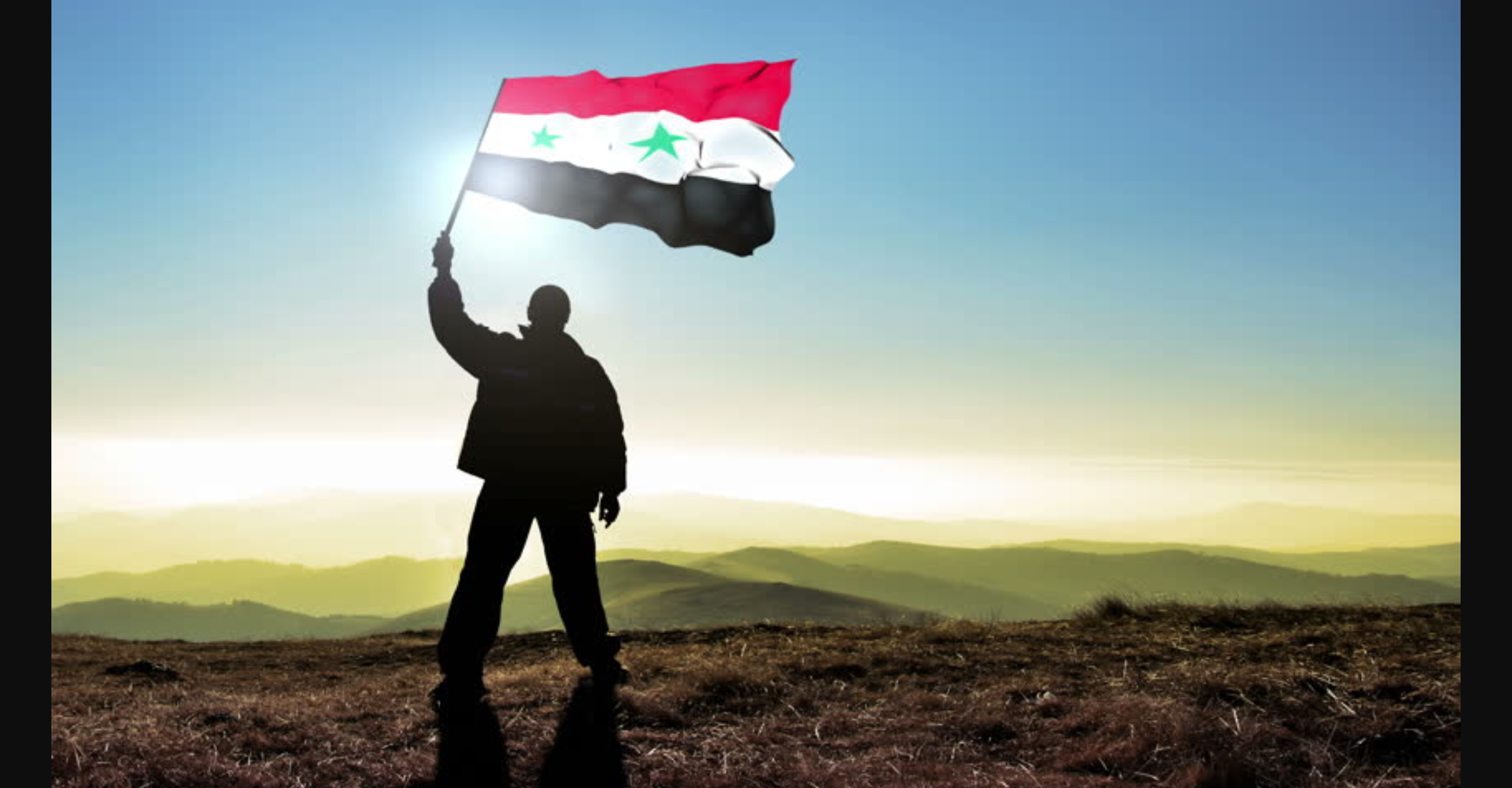 THAT WAS FAST WORK!
Now time for SAA to move east and destroy some Daesh rats 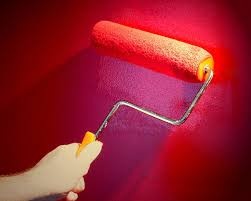 That is a weird hammer and sickle symbol. =)

That Guy
Reply to  PZIVJ

It is like choosing either AIDS or liver failure.

Not really. Ukaribayt pocket is less than 150 kms away from Hmeymim AB; and yet, saa have made zero progress from the east and north side, while dash has inflicted catastrophic losses on them.

dash is enjoying at least a 10:1 kill ratio superiority,, killing 100+ saa/allies every single day for the last couple of weeks.
Despite the fact that is it only one single weapon/tactics of svbied that has killed so many Syrian troops, Damascus has done nothing to try to minimize these losses.
A simple order to every unit in the front to focus on preparing anti-svbied trenches (2 m wide by 0.8 m deep ditch) would do wonders against svbied’s.

They’re doing very well.
I remember what the map looked like before the Russians came on the scene: 2 lil red spots: one in Latakia and one in Damascus.

Not long now before the have their whole country back.
Syria was rated the 4th safest country in the world before America decided to phuck it up.

That is only the Daesh hype by the US/CIA news agency Amaq , the SAA has been killing hundreds on a daily basis in various areas. The SAA have lost very small numbers in comparison and continue to inflict heavy casualties on Daesh, they are in the advantage stop sounding like Joe Doe. They already employ this method of creating the trenches and are just undermanned in spots like Daesh and when that happens SAA pounces and takes the territory, Daesh can’t hold it and they lose heavily for this failure in judgement.

The Daesh backed by the US on the Jordanian border lost a dozen and huge territory for smuggling supplies and arms from Jordan. T2 will be captured by the SAA this weekend since Daesh was stupid enough to listen to their advisers and they ended up weakening all their positions.

Joe Doe? Solomon? More? Is that you guys? Or is it just another zio troll? “Killing 100+ SAA/Allies every single day”/”10:1 kill ratio superiority”(c) If that was true than Daesh is surely winning the war? Is it?
As Sahna says – just look at the f$$king map and see the difference now and 2 years ago. Those arm chair generals are so brave and professional behind the keyboard…2m wide and 0.8m deep ditch… across all the Syrian roads? How dense should they make those? every hundred meters or so? Shooting in the own foot is not in Syrians interests.

tumor, reaad almasdarnews. there are same infos as presented by electtron.

If people disseminate terrorist propaganda, they will receive… harsh treatment….

this is the role ow owner of this site. su subsribed condistion under is allowed to you write here.

Shlomo, where does your data come from?
10:1 is a pure nonsense, or yes, it gives sense if RAF hits isis from the air…….
Shlomk, go back to jerusalem post

Good job of SAA forces and our air craft.

What is the source of the information, as I can’t see other source conforming such information

Great !!! in a few weeks pic.nic in Deir ezzoor !! Go Tigers goo ! US-ISIS NATO ZIO are in retreat !! They lost the war again like in Viet Nam and Afganisthan…..but they will never learn !! BASTARDS !

With this pocket mostly being desert it was clear from the beginning that it would be cleaned faster. The important thing is, the free’d up forces can take part now in battles and front lines elsewhere. Which will tip the balance not only towards Ma’adan, probably reversing the Daesh gains there, putting more pressure on the western pocket, but against Al-Qaeda too, which too started to attack.

Idlib should be taken too, as the ceasefire has been violated anyway. Question is how strong Al-Qaeda really is, but most likely they are not a match compared to Daesh. With the western pocket being cleaned, these forces could make a stand any maybe even assault towards Idlib.

Yes I feel these other terrorists groups are cake compared to dash but they really need to push to dez asap cuz SDF and US backed forces are gunning for it now I hear!!

Well, that seems to be more like a desperate attempt by the USA, if they are really ready to move is a complete different story which we will see only when they are actually starting to fight.

Even if they do I think SAA will hold the line no problem :))

There is no basis for saying that AQ fighters are weaker than Daesh. In fact a Syrian Special Forces guy said that HTS are the best trained insurgents in Syria. HTS has taken and held large parts of Aleppo, Homs, Damascus and many other towns. ISUS can’t take Deir Ezzor, and their main town always was Raqqah. In addition they hold small towns along the Euphrates, but mainly it has been desert areas.
No, I’d say that HTS is a tough proposition. See how Eastern Ghouta is not resolving very easily at all. The Idlib fight will be the toughest, if it has to be solved solely with guns.

In the towns both were strong, the country side is a different story. Anyway, we will see how they will fare. The cleaned out pockets will release a lot of SAA assets to be taken elsewhere to fight.

Jan Tjarks: “Idlib should be taken too”
SAA should not be distracted by HTS noise,did they launch some Grads and no ground assault?
The target is Maadan and Deir Ezzor. Even the Uqayribat pocket is not a high priority at this time.
ON TO DEIR EZZOR

Should have made it more clear, should I? ?=

Fore sure, now would be too early. But it should be taken into consideration for the time when Daesh is no longer occupying any soil in Syria anymore.

The extermination of the Jew pedophile rape cult lackeys in this area dying for Israel may have been so great. That there weren’t enough left to provide any meaningful resistance when ground forces entered these areas. The mass extermination of Jew cult lackeys fighting for the Jew world order east of the government held area in central Syria, and all of the way to the river, and probably the Iraq border as well, is ongoing and will only increase as larger numbers of Jew lackeys go to their graves dying horrible deaths for the Jews.

As the mass extermination of evil Jew supporters, probably with IDF and Mossad mixed in, with air strikes and heavy weapons increases, the resistance to the advancing Syrian government coalition decreases. And more routs may be pending as DE is approached from multiple directions.

Congratulation to Syria-Russia-Hezbolah-Iraan fighters and, specially, to aerospace Russia army, hope they continue and increases the bombing to all fronts in Syria (specially on Euphrates line).