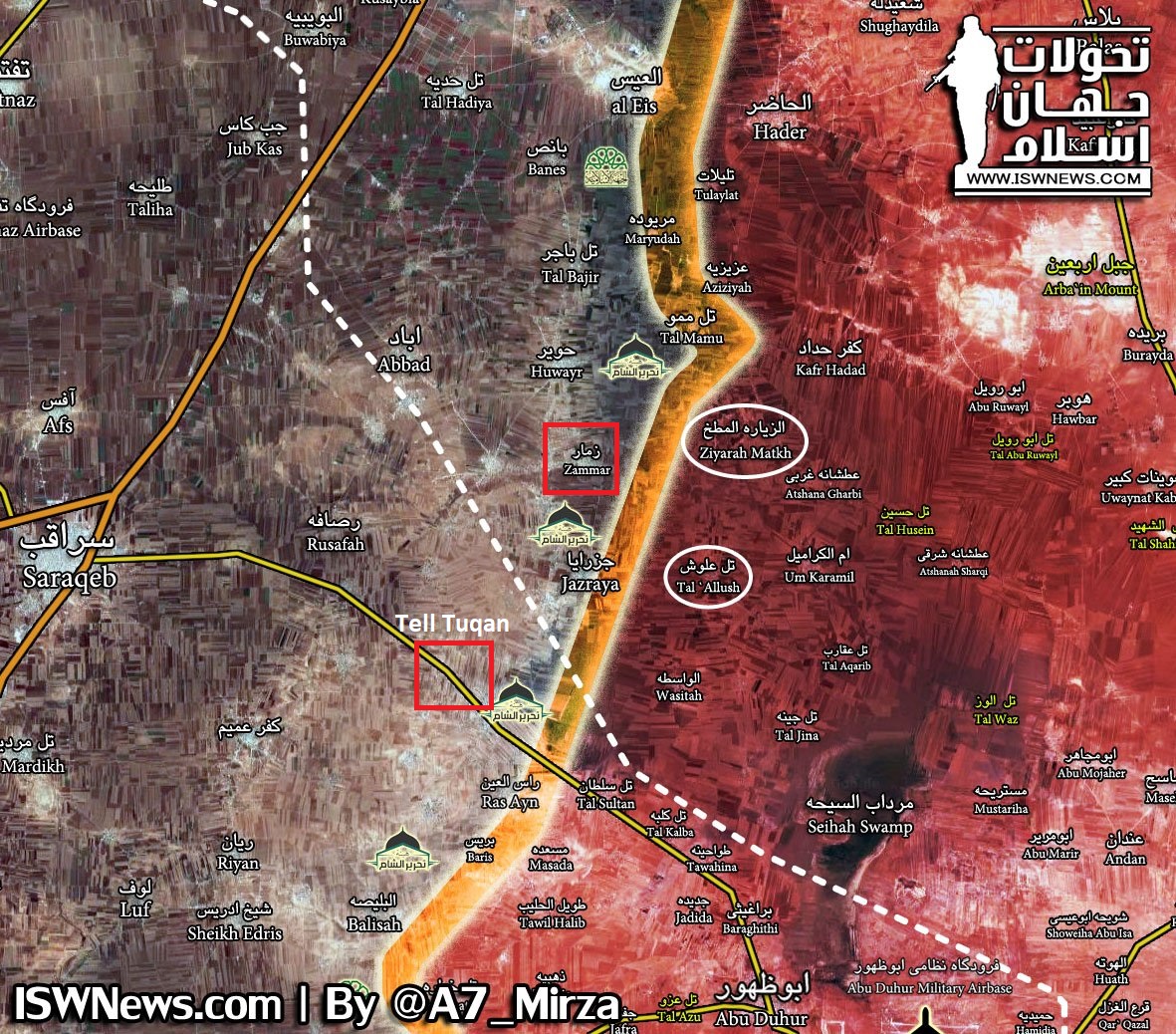 On February 2, the Syrian Arab Army and the Tiger Forces supported by the Russian Aerospace Forces captured the strategic town of Tell Tuqan and its hill in the southeastern Idlib countryside, according to the Hezbollah media wing in Syria.

Tell Tuqan Hill is located only within 10km southeast of the city of Saraqib, the next target of the ongoing SAA military operation in Idlib governorate.

The Hezbollah media wing also reported that the SAA and its allies advanced in the southwestern Aleppo countryside and captured the villages of Kafr Hadad, Zyarit al-Matah, Warydah and Zammar.

From its side, Hay’at Tahrir al-Sham (HTS) and its allies didn’t conduct any operations against the SAA. Some Syrian oppositions sources even claimed that the radical group had withdrawn from its positions north of Saraqib. However, the HTS-linked news agency Iba’a reported that HTS had deployed more units south and southeast of Saraqib. 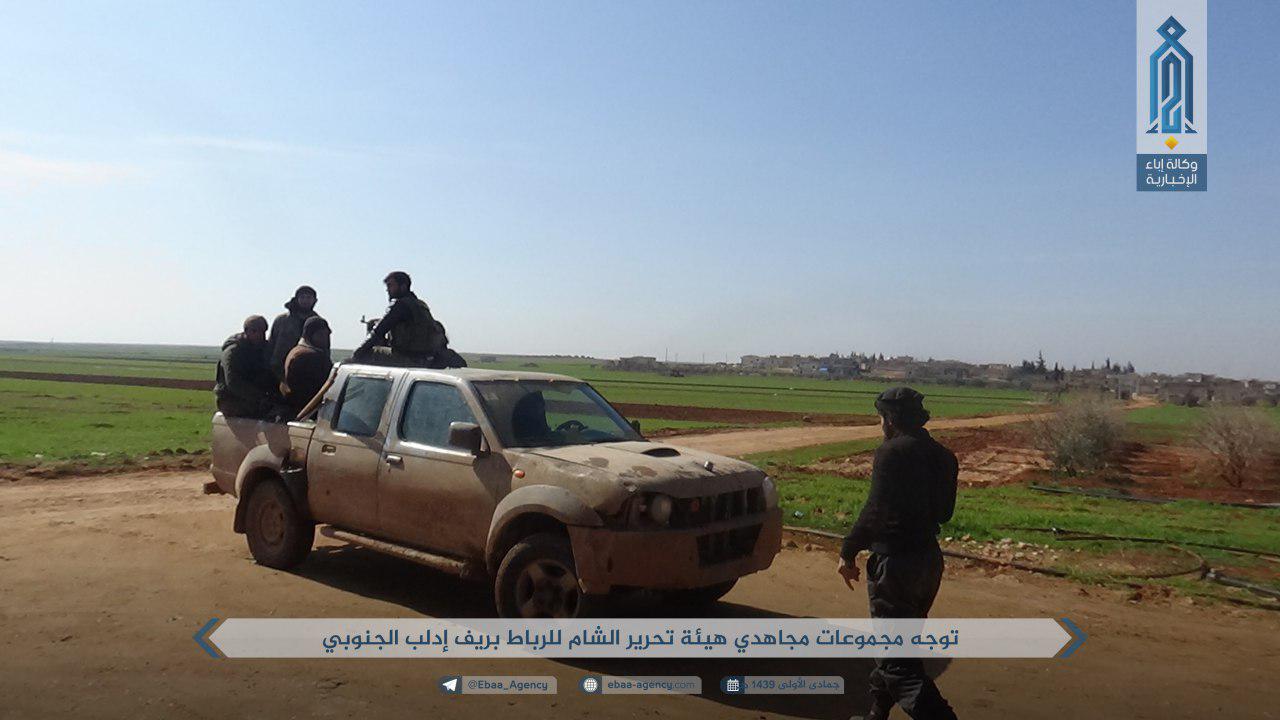 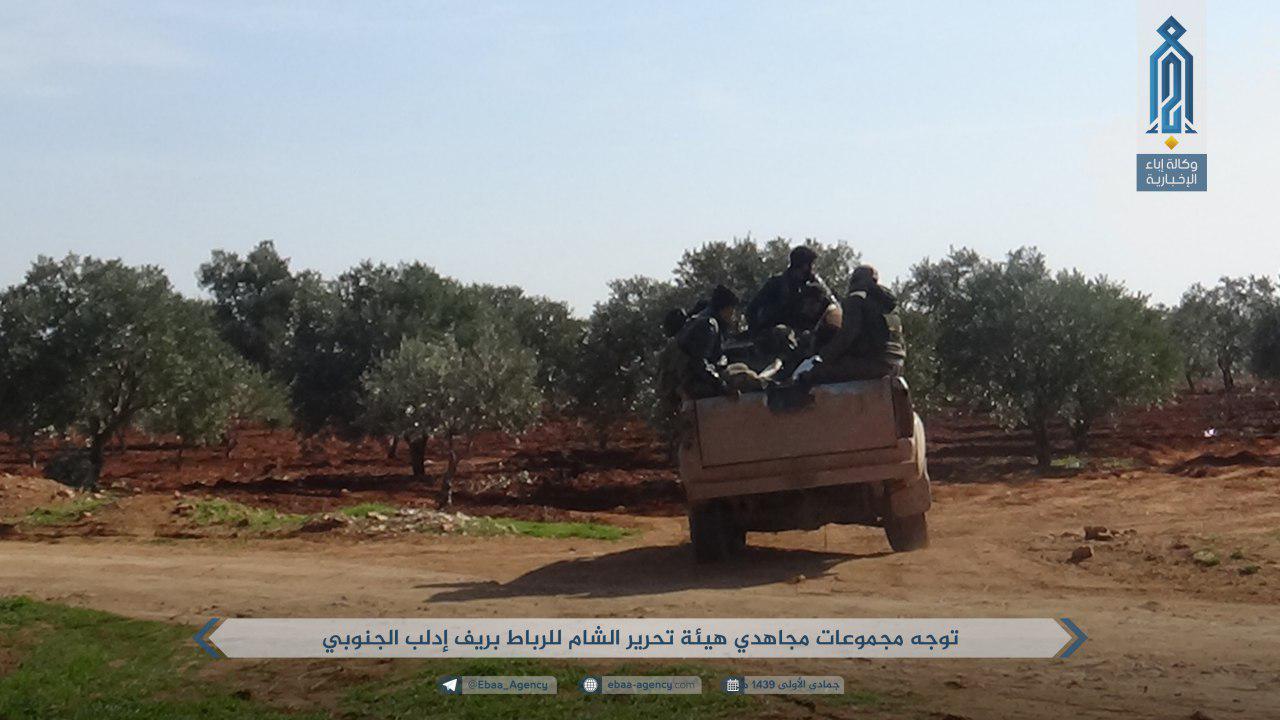 Meanwhile, the tension between the civilians and HTS increased in the southern Idlib countryside, according to local sources. Hundreds of civilians took at the streets in the village of Ghadfah and kicked HTS fighters out from their village. The sources said the civilians were angry because HTS had established several positions right next to civilian buildings inside the village.

Observers believe that the tension between HTS and civilians in Idlib governorate will increase even further in the near future, as the radical group had failed to prove itself as a “defender” of the local population even in its propaganda.

Syrian and Russia air force: Drop this civilians a few hand weapons so that they can kick out those “defenders” much better!

These civilians are desperate.The things have been so fast to them, so many atrocities. They have to fight, u r right.

The front was extended and they managed to repel attacks and consolidated the front, while al Denki forces deployed along a frontline to slow the advance from getting to Saraqib.

All of Al Zenki need sending to hell.

Lest we forget what Al Zenki child killers did :-

The whole lot of these FSA Salafists and TIP Salafists are all the same , the real scum of the earth Torture children for kicks kidnap them etc. steal their organs is what they do , if they die they don’t care.

The boy’s father was a Liwa al -Quds officer they chopped of his head and tortured him and they beheaded the child because he gave them the finger. The MSM tried to pass him off as 19 yr old fighter, everyone of those sick POSs in media need to be jailed and have all their assets taken away to pay for damages.

For anyone remotely awake, the US derived western MSM coverage of the Syrian conflict has openly revealed them as corporate, lockstep, peddlers of systematic and fraudulent disinformation.

It is becoming apparent that civilians in occupied Idlib are sick and tired of the corruption and violence from terrorist rule. The SAA is truly liberating Idlib and the civilians there will welcome peace.

The people in Binnish tore down all their government signs of these terrorists after they kicked them out. They protest everywhere all the time but news never gets out, unless they have spies there. SAA operatives helped eliminate an HTS convoy and was able to locate a weapons depot just south of Saraqib.

More weapons can not be a solution. Did the war in syria not prove that. There are already too many because everyone thought to distribute them.

Gℴogle pays every one 97 dollars per/hr to complete few services online .. Work Some few hours daily and live happy greater time with your family … any individual can also join this simple job…on Thursday I got a latest Land Rover Defender after just earning $9908 this four weeks .no doubt it is the easiest job however you can now not forgive yourself if you do not take a look at this.!xw802r:➻➻➻ http://GoogleNetJobsHelpFinanceReportsOnline/online/easytasks… ♥o♥♥♥c♥♥♥o♥♥b♥♥♥w♥o♥♥n♥g♥♥♥v♥r♥f♥m♥♥♥c♥♥t♥♥a♥♥♥q♥v♥♥♥c♥x♥♥v♥i♥p♥m♥f♥o:::::!ee951z:lnsmk

No , that’s true they have the 124th SRG,NDF and Hezbollah who took al-Hoss there in that region all SAA when under leadership of Suheil operations are all Tiger forces.