Syrian troops managed to break through the defense line of terrorists of the Islamic State group. 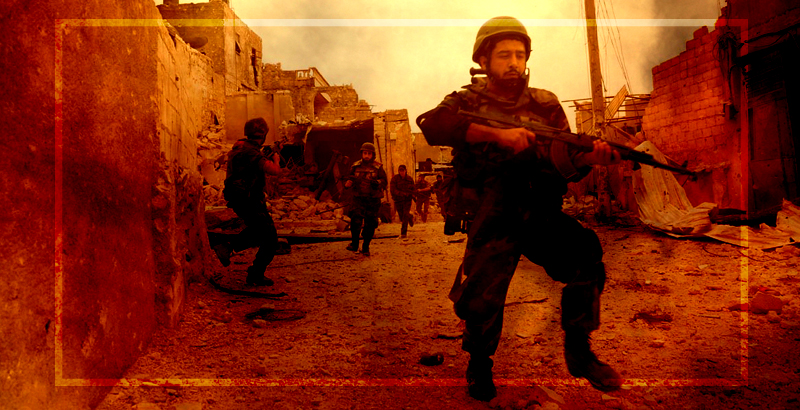 The Syrian Army is conducting a military operation, aimed against terrorists of the Islamic State (IS) group, in the area of Hama city, which is the fifth inhabited locality by the number of inhabitants in the Syrian Arab Republic, the Syrian SANA news agency reported. As a result of the airstrikes and ground operations, Syrian troops broke through the defense line of IS terrorists.

Only at the first stage of the large-scale operation, at least 40 terrorists were killed. The Syrian Army continued its offensive and managed to seize several armored vehicles and pickup trucks, equipped with large-caliber light weapons.

In addition to the operation in the area of Hama, Syrian troops continue to liberate the eastern and north-eastern outskirts of Palmyra from terrorists. Militants have already been driven out from Al-Bayrat.

Against this background, Arabic-speaking activists of social networks publish photos, according to whose description, the US Special Forces and the Russian military police are concentrated in the area of the Syrian city of Manbij.

According to some reports, the Russian military police has started to operate in the city, taken by the Syrian Army, while the Americans have begun to cover up Kurdish armed units from possible attacks by the Turkish Army. It still has not been reported whether the US Special Forces will be involved in the operation on further offensive on IS positions.

Good to know that Syria is not going to become another Libya.

Lazarus comes to mind, but would that be an appropriate thought about a secular country from a liberal British Indian Hindu? Just how close was Syria to the terminal Libyan condition before the Russians were asked to intervene? One dreads to think.

Weeks or even only days.

And what if NATO don’t armed terrorist? Another thing to think :D

so …. next to abu hanaya and uqayribat?

yeah I would think more of Salamiyah region…

Let’s hope that the surviving US head-chopping, heart-eating rapers flee to Arabia and the Gulf Emirates that the US used as proxy funders.