On April 19, the Syrian Arab Army (SAA) and the Tiger Forces, backed by the Russian Aerospace Forces, besieged the key town of al-Ruhaybah, in the southern part of the Eastern Qalamun region by capturing the last road linking it with the reaming militant-held area of Eastern Qalamoun, the Hezbollah media wing in Syria reported.

Syrian opposition sources said that warplanes of the Russian Aerospace Forces and the Syrian Arab Air Force (SyAAF) had carried out a new series of airstrikes on positions of the US-backed Free Syrian Army (SAA) north and northeast of al-Ruhaybah. According to Syrian pro-government activists, the SAA and its allies are not planning to storm al-Ruhaybah. This version says that they besieged thetown to pressure the US-backed FSA. However, the SAA will continue its advance in the mountainous areas northeast of the town.

Meanwhile, local sources in Eastern Qalamun say that the negotiations between the unified command of the FSA and Russia are still ongoing. Observers believe that a peaceful solution, that will include an evacuation of the FSA fighters from the region, is very close.

Some pro-government sources even already reported  that the agreement had been reached. But this still has to be confirmed.

Good, hopefully this area can be taken quickly and the area deloused before the southern offensive in Daraa which would seek to link up with this area and directly threaten Damascus

Quite, the zionists will do what they can to sabotage a revival of Syrian sovereignty near the fake border so removing awkward pockets astride main roads makes tactical sense.

According to Yusha site Muraselon agreement have been reached https://muraselon.com/en/2018/04/breaking-east-qalamoun-rebels-fully-surrender-following-syrian-army-advance-exclusive/ .Hopefully confirmation will come soon. 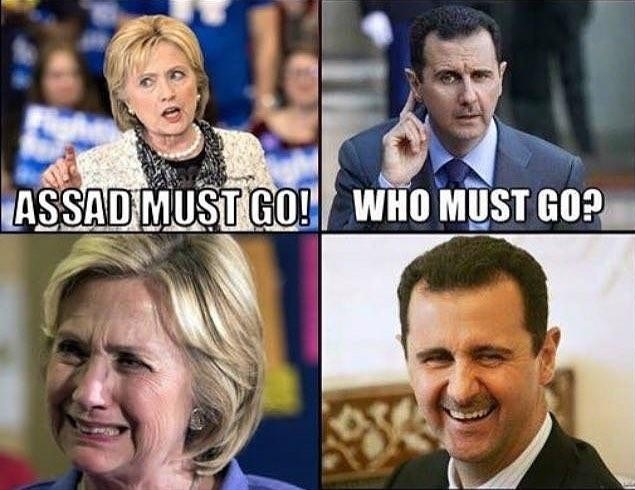 Instead of FSA they have writen SAA.

Watch out for the Israeli snake.

I notice there is a large ISIS pocket in a section of Syria east of the Euphrates, which is under U.S. and Kurdish control, that hasn’t been touched. Why isn’t the U.S. eliminating this enclave? Actually, when is the last time we’ve heard any reports of the U.S. attacking ISIS?

I hope the pockets Yarmouk, Eastern Qalamoun and Rastan will be cleared of all US backed terrorists before July 2018.
The next will be ISIS pocket, Daraa, Golan Heights and Al-Tanf before 2019
The last will be the Turkish and US held Syrian lands in 2019. In 2019 the Syrian war will end.

Syrian army and their allies should clear of one pocket of terrorist at a time to minimize casualties both sides. Syrian army should not divide their armies and should not open multiple fronts at a time.

I say KILL every last one of the primitive animals!. Every man and woman who are part of those disgusting terrorist organisations.

They’re the monsters, not us.

Over 1500 militants “Jaysh al-Islam” laid down their arms in the southeast of Damascus.

The Syrian army with the help of the Russian military managed to reach the leaders of “Jaysh al-Islam” and the brigade “Martyrs Ahmad Abdo.” The leaders agreed to stop the resistance and the surrender of heavy weapons. As a result, during this week, more than 1,500 militants and more than 4,000 civilians left the city of Dumayir. These people were sent to the north of Aleppo to the city of Jarabulus.