The Syrian army’s Tiger Forces, the Desert Hawks Brigade and Hezbollah have been continuing efforts to expand a buffer zone near the Tyas Airbase in the Syrian province of Homs.

Government forces have made a series of attacks against ISIS units west, south and north of the airbase in order to push terrorists back and prevent artillery shelling of the government-held sites in the area.

Over 30 ISIS terrorists were killed as result of air raids by Russian attack helicopters and warplanes that supported this effort.

Nonetheless, government forces have not achieved a notable success in this goal.

The fighting is ongoing. 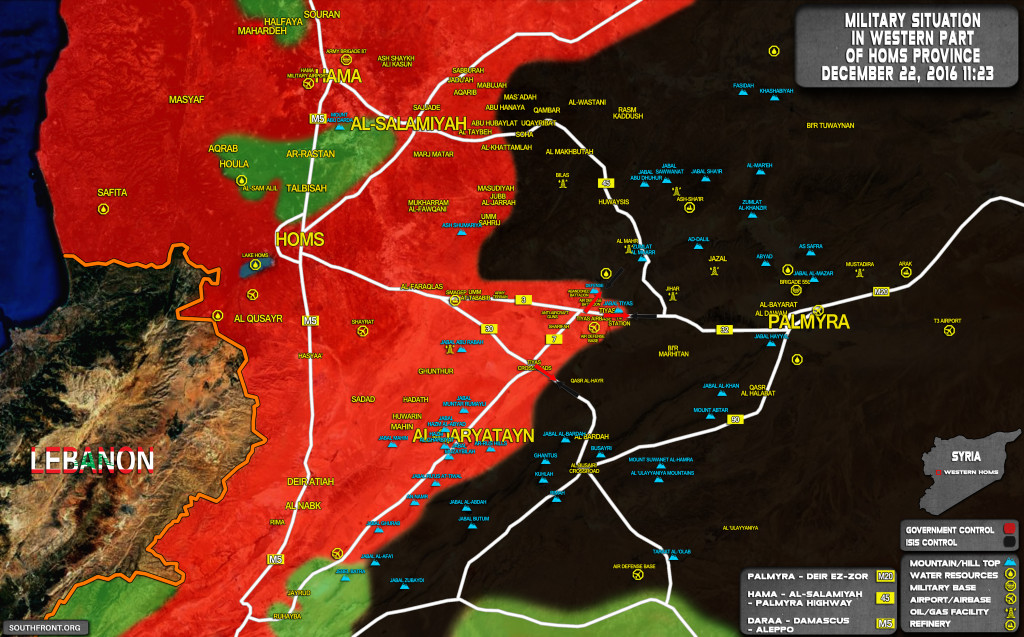 More helicopters , do not waste a single Desert Hawks , or Tiger Forces .

Isis is under siege in Mosul, meanwhile isis is sending material and troops to tiyas airfield.

These misplaced ISIS forces are commanded by individuals under the control of western organizations.

Isis has many moles in their organization. Assad, the US, kurds, turkey, Israel, uk, France and others all have moles in isis by exploiting the open recruitment system isis relies on. Strangers from around the world are coming to isis to sign up. For those familiar with the ideology, this is the easiest organization to infiltrate.