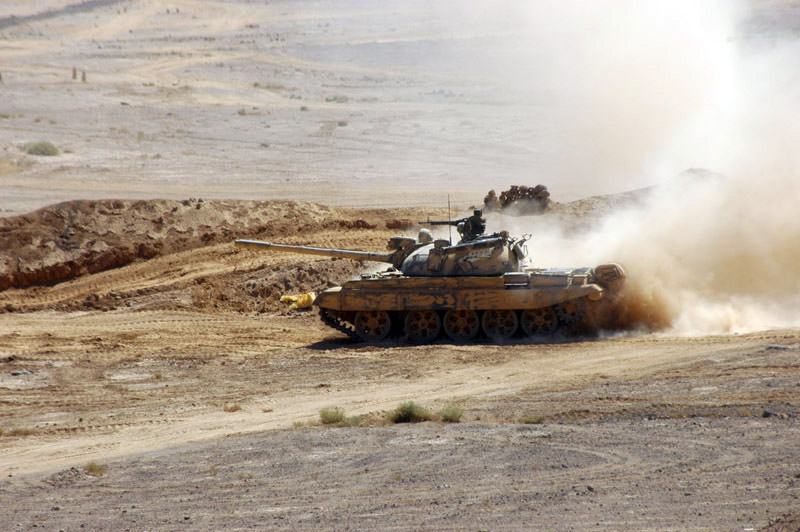 Heavy clashes erupted in the late hours of September 20 between units of the Syrian Arab Army (SAA) and ISIS cells in the southern Raqqa countryside.

A military source told Sputnik that the army was conducting a combing operation southwest of the city of Rusafa when it stumbled upon a fortified position of the terrorist group.

“SAA units were carrying out routine combing missions in the desert area … when a group of ISIS fighters, that was hiding in one of the desert’s hills, showed up,” the Russian news agency quoted the source as saying.

According to the source, ISIS fighters used heavy weapons mounted on pick-up vehicles and guided missiles during the clashes. However, the SAA managed to prevail after killing many terrorists and forcing the rest to withdrew back to the Homs desert.

The army liberated most of the southern Raqqa countryside in 2017. Back then, the terrorist group’s defenses in the region collapsed under heavy Syrian and Russian bombardment.

The Rusafa clashes show that the terrorist group is now trying to reestablish positions in southern Raqqa, likely relying on the Homs desert as a rear base.

This could mean the SAA combing operation in Homs desert is doing well. Have not heard of many ISIS attacks lately. This group might have moved north to hide out.

Find them and gas them :)

SAA is not NAZI.

You can call me Al
Reply to  Boycott-Israel!

OH Ok, find them and shoot them in heart and head.

“group of ISIS fighters” for real Southfront ISIS/Daesh are fighters, you have never ever said anywhere ISIS terrorists you always call them fighters. Fighters for what? For freedom or democracy?

Mark my word any attack in Homs by SAA on terrorists are sabotage by Israel.Torah is a noise ring demon which Israel serve.Their rejected Jesus and killed him.

Dear Southfront..! ISIS are a bunch of murdering Criminals..Terrorists on real therms of words..Fighters are decent people..