Syrian troops have attacked gatherings and movements of the Jabhat Fateh al-Sham terrorist group in Dara’a city and its surrounding. 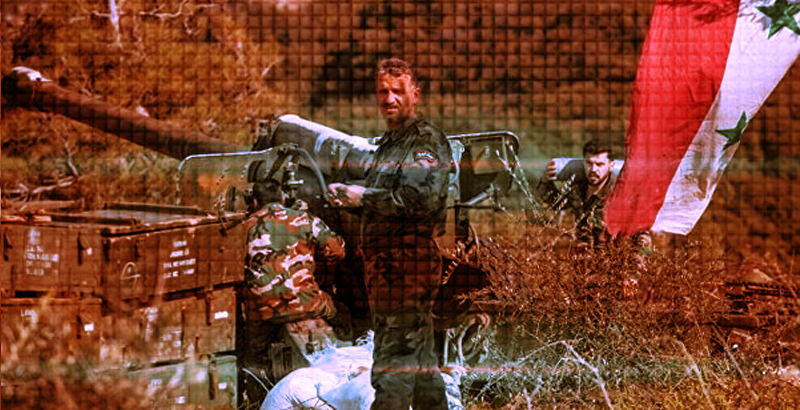 The Syrian Army launched a series of attacks on movements of the Jabhat Fateh al-Sham (previously known as the al-Nusra Front) terrorist group in Dara’a city and its surrounding. As a result, terrorists suffered heavy losses.

According to last reports, movements of al-Nusra terrorists, stationed in al-Feran neighborhood and to the south of the old customhouse in the city of Dara’a city, as well as to the west of Jisr al-Qariyeh al-Qarbi region and in al-Na’eimeh town, were attacked by Syrian troops, which managed to destroy a tank of the terrorist group. The army’s units managed to destroy a military vehicle of terrorists in Jisr al-Qariyeh al-Qarbi and kill the most part of militants in al-Na’eimeh in eastern Dara’a.

On Thursday, Syrian troops continued their operations against Jabhat Fateh al-Sham in the southern part of the province. It was the fifth day, when the Syrian Army were repulsing attacks of terrorists in Dara’a city.

A clash erupted between Syrian soldiers and terrorists, affiliated to Jabhat Fateh al-Sham, who were going to capture a residential complex, located in al-Manshiyeh district. The Syrian Army managed to repulse the offensive of militants, inflicting heavy casualties on them. According to some reports, over 45 terrorists, including several commanders, lost their lives in the operations of the Syrian Armed Forces, codenamed Almot Wa La al-Mazellah (Death and Not Humiliation).

Well done guys, onto the next.