On August 16, the Syrian Arab Army (SAA) shelled several positions of Hay’at Tahrir al-Sham (HTS) in the towns of al-Lataminah, Khuwayn and Saraqib in southern Idlib and northern Hama, according to the Syrian Arab News Agency (SANA).

The SAA has been shelling the positions of HTS, the Turkistan Islamic Party (TIP) and Jaysh al-Izza in the northern Hama countryside and the southern Idlib countryside for more than a week now.

Syrian pro-government activists believe that this shelling is aimed at undermining the defense of militants in northern Hama and southern Idlib ahead of a large-scale military operation. The operation, which will be led by the SAA, will be launched within few weeks, according to Syrian activists.

You can call me Al
Reply to  TS

Interesting, would be good in N Latakia mountainous area.
Found pix of it in reload position. 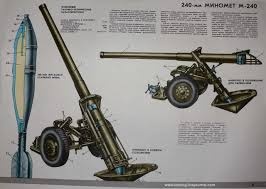 I think your right.. about 4 tire widths for the tube. The Syrians do have the M240 although.

SAA, the next major super power.