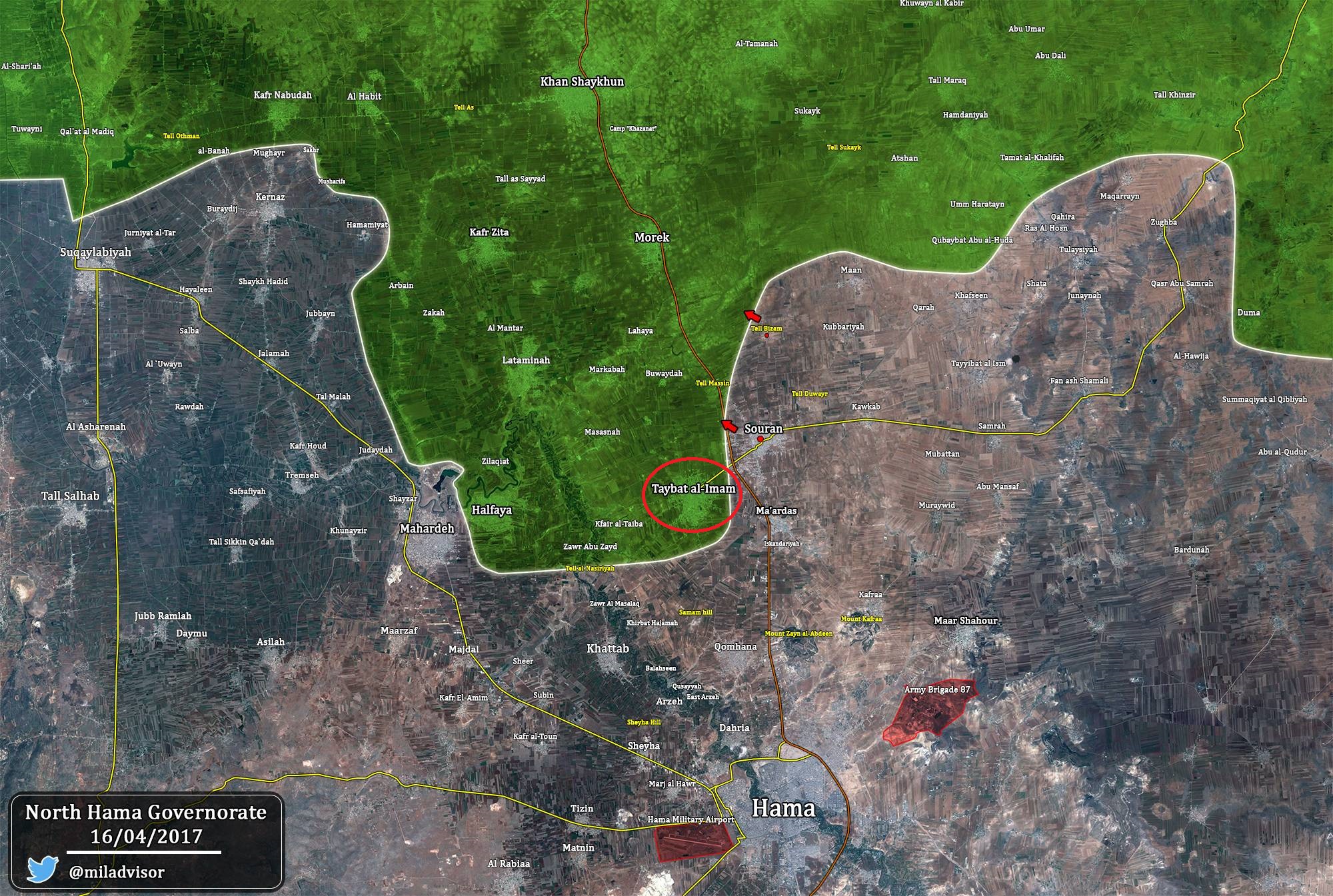 Since this morning, Syrian Arab Army (SAA) artillery units and Syrian Air Force warplanes have been actively bombing the militant-held town of Taybat Al-Imam in the northern part of the province of Hama.

Taybat Al-Imam is located 18km northwest of the government stronghold of Hama and in about 1km west of the town of Souran that was liberated by the SAA and its allies yesterday. Before the war, Taybat al-Imam’s population was estimated as over 20,000 people. The town is currently controlled by Hayat Tahrir al-Sham (formerly Jabhat al-Nusra, the Syrian branch of al-Qaeda).

Government forces started shelling of the town this morning in a move described by some pro-government sources as preparations for a “large-scale” advance on it. According to pro-militant sources, over 10 airstrikes targeted the town. 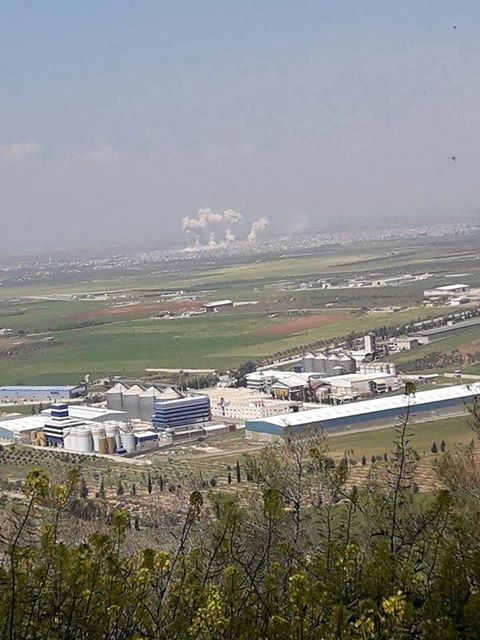 However, the shelling of Taybat al-Imam will likely not lead to a large government advance on the town if HTS militants continue defending this strategic stronghold. Government forces have to outflank the town and besiege it at least from 3 directions before storming it if they seek to capture it without notable casualties.

US made TOW? No FOX news coverage on how they got it. How utterly disgraceful of our government. These evil bastards who would cheer the 9/11 World Trade Center events. Fucking maniacs in government, CIA and Pentagon who condone this should be hung.

“These evil bastards who would cheer the 9/11 World Trade Center events” Your political leaders will cheer right along with them beside the dancing Israelis.

Big deal. The extremists also use munitions made in Iran.

A majority of their weapons are manufactured and distributed from the US, I could argue the same about the YPG and SDF who use US made weapons and Russian/Soviet weapons too -.-

More than likely the TOW’s where supplied by Saudi Arabia. They even spoke of it as part of their “Plan B” for Syria.