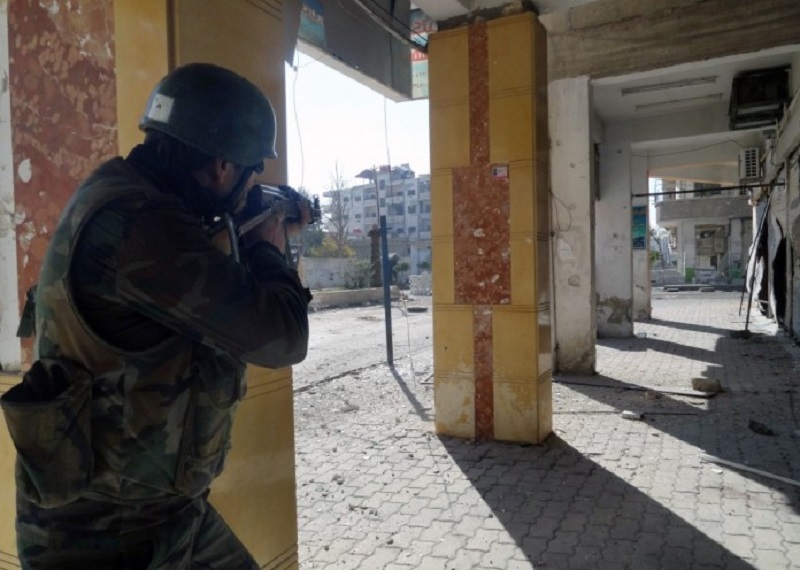 With these recent gains in southern Darayya, the Syrian Armed Forces are now within striking distance of the Darayya Railway, which has long been considered a stronghold for Ajnad Al-Sham inside this West Ghouta town.

Ajnad Al-Sham currently has their backs against the wall in Darayya, as they have nowhere to retreat and no reinforcements to help them drive back the swarming Syrian Arab Army soldiers.

Darayya is located at the southwestern outskirts of Damascus; it has been contested by the government forces and Islamist rebels for nearly five years.