The Syrian Defense Ministry announced that the Syrian Arab Army (SAA) has taken full control of the Bir al-Qasab area, Khirbat al-Qasab, Tolul al-Rawabi, al-Sreikhi and Arinbah in southeastern Damascus desert after the SAA had inflicted heavy losses on the US-backed Assoud al-Sharqia Army stationed operating from the US-held At Tanf base at the border with Iraq.

The Syrian Ministry of Defense published a video from Bir al-Qasab showing bodies of the  Assoud al-Sharqia fighters and destroyed vehicles. The video also shows large quantities of weapons left behind by US-trained militants: RPG-26 rocket launchers obtained mostly from the Jordanian Army, a Konkurs missile and launcher, as well as Grad rockets.

The Assoud al-Sharqia Army shelled the Marj Rahil airport from Bir al-Qasab with Grad rockets a week ago.

According to unconfirmed reports, the Russian military began setting up a garrison at the Syrian-Iraqi border north of the US-base of At Tanf. The Russian military facility is allegedly located in Khirbet Ras al-Wa’r village. If the reports are confirmed, the United States will lose the last possibility of attacking the SAA north of At Tanf or any chance to drive the Syrian Army away from the Iraqi-Syrian border.

AMN has confirmed that Al-Qasab has fallen, so you are the fake news.
Check out the volcanic rock in the video, this looks correct for the area.
US supported FSA trash should retreat back to Jordan before they are all KIA.

Which part do you allege to be fake?

back to israhell, zio haSSbara troll.

You must be in possession of more accurate information I assume.
Do you care to share it?.

The US proxies are getting beaten what do you expect they are no match for the battle hardened vets of the SAA .The rumor about the Russian base is true , they had already agreed to build the base in the area .

And now of course the US precedent of ‘ Defending US forces ( illegally in Syria) and those rebels (terrorists) the Americans have trained can be equalled by the Russian forces in the area who actually have a legal right to be in Syria as they help the SAA to regain sovereignty over Syrian lands.

The US should have stayed on the Iraqi side of the border as all their bravado has achieved is waving a big stick that Russia can now hit the US the head with.

Assad and his Sissy Arab Army are afraid of the SDF and ISIS.

Bill, get a brain transplant. The 48 glasses of orange koolaide have taken a great toll. Cedars Sinai Hospital in Los Angeles has a great special on them through June. i

Hey pisswilly Pussy-Billy. Bend over a fence, grab a fence post and wait for your male customers.

Bill, we all enjoy your Libtard comments as they only serve to illustrate the fantasy world of the US .

If the SU-22 Pilot Ali Fahd even single hair tortured by SDF then their this action may lead Turkey to consider to jointly work together with Syria against SDF.

They will cooperate against the Kurds either way. However, I hope the pilot is returned quickly and safely, if he is not, it is time to plan a rescue opp.

US wants to create conflict between SAA and SDF. But I think taking down the SU 22 will backfire on them both. The Kurds will understand what is at stake. US will abandon them after they have been used for sure. And Erdogan is also loving this situation !
But if the SDF does not play ball, I say the hell with them.

Unless the SDF has a radical strategic realignment, they will be headed for a confrontation on multiple fronts, The US marines simply do not have the numbers to defend the SDF from that kind of an attack. Even if they did, Turkey, Syria, Iraq and Iran could deny US the airspace with various forms of ground – air defenses, which would make the defense of the Kurds complicated. US would be left with the option of asking congress because it would take 150k man invading from Jordan, to change the tactical situation at that point.

The coalition plan B has failed and there is no real plan C. This is why the Su 22 was shot down (to slow down SAA advances) towards the river and Deir Ezzor. Hopefully the SDF will not back stab, unless they want to suffer the future payback.

Then why hold the pilot?

You are right, if it comes to it, SAA/Russia can deny the Kurds air cover and they will suffer badly.

i read the tiger forces rescued him bu that it was false :((

Not neccessary. Capure some of the SDF-us-puppets and make a exchange with the half of them. The others are needed to clean the SAA-boots properly.

There is no number of puppets you can capture, realistically thatcthey would trade for the pilot. You would have to capture a batallion and threaten executions every 5 minutes until the pilot is released. Kurds are cannon fodder, if they are not valued on the battle field, they won’t be valued in a trade. You however could conduct a raid behind their lines, and capture someone of importance, like ants, the Kurds have a top heavy organization. This makes them vulnerable to external pressure if the pressure is correctly directed at the top Level ants, and by pressure, I mean deadly force.

What tank is that?

That Guy
Reply to  Daniel Castro

Gvozdika howitzer, not a tank.

That is what is called an SPG self propelled Gun , the US use the M109 another SPG .

I see now, it’s huge! I had not paid attention to the proportions.

Any word on those SAA soldiers captured the other day? Getting those boys back before they’re executed is very important.

The Daraa region? If so, I am sure it is a priority, but it is a difficult situation, as the terrorists has two sources of logistics from Israel and Jordan.

i was also wondering about them too

SAA should have to not push soldiers in risk. If they save one soldier it means their strength will be higher on enemy.

This is what USA would say about these weapons……We don not have idea how arrived there (we gave these weapons to the opposition rebels), but we will carry a full and borad investigation about that. I am sure there are many intelligent north-american people that know that its country is a puppet of Israel and it does what Israel wants USA to do. But the few idiots are the ones who control the government and media.

russia should give assad some S-400, or even 300, so that he can confidently tell US planes to screw off or else!!

You know the world is jacked up when there is an official freak out because weapons the US has supplied to terrorists fall into the hands of Syria’s government.

The whole strategic position of the US in the Syrian desert does not make sense to me at all. They should either support the southern FSA all out with regime change in mind or abstain from interfering.

In my mind both Russia and US should force theire “clients” to go sit together and resolve the outstanding issues. Compromises always taste bad but in the end, a civil war to the end will only bring more destruction to Syria.

They are trying desperately to stop the Shia Crescent (Israel) the forces there are bait – they need a pretext to intervene. 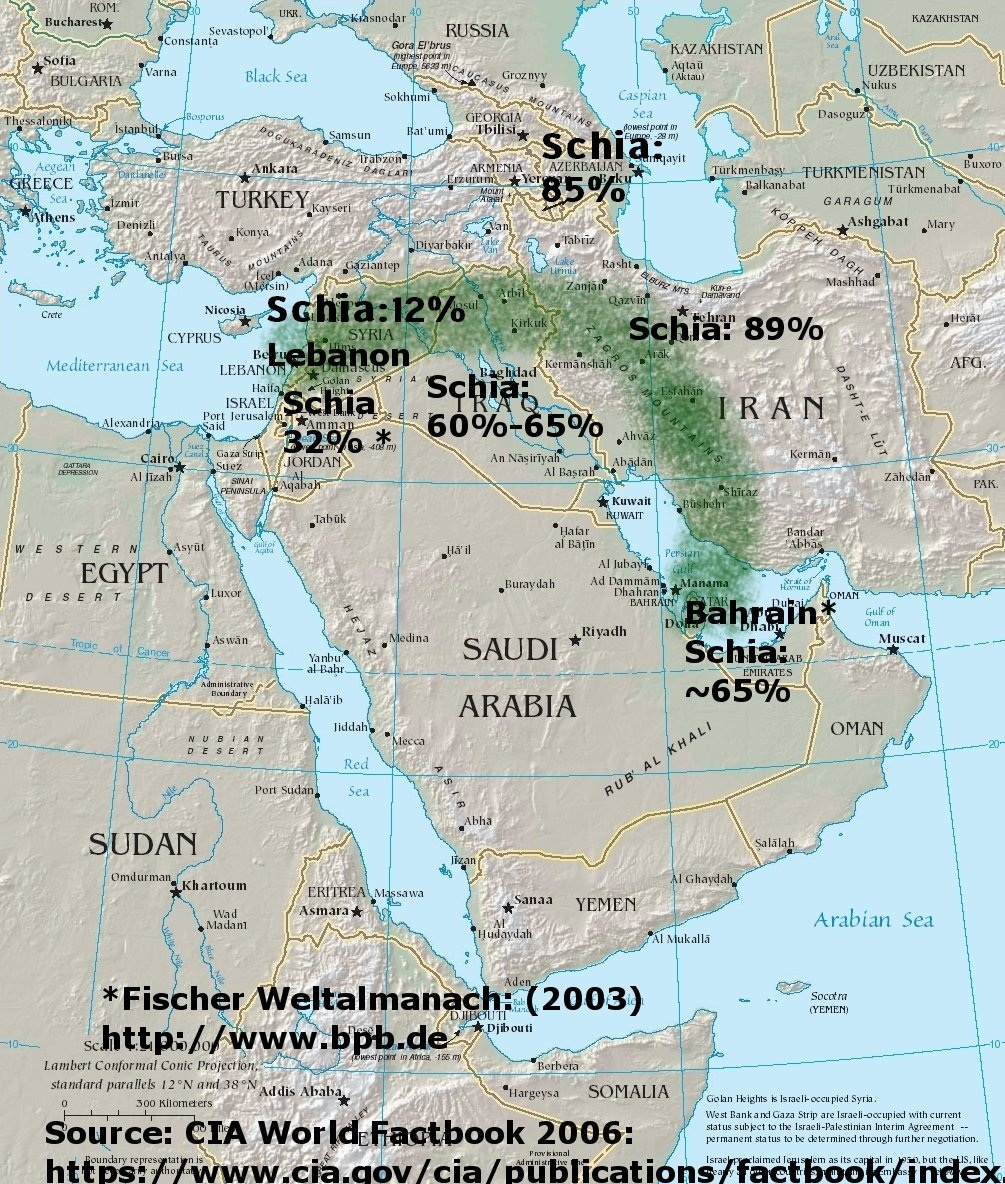 I can follow that reasoning. But either you do this fully or not at all. Not the present half baked support.