The Syrian Arab Army (SAA) 1st Division ambushed a group of ISIS fighters in the Damascus desert on February 7. At least six terrorists were killed in the attack.

“The group was likely carrying out a reconnaissance operation in order to prepare for a future large attack by besieged ISIS forces,” a source in the 1st Division said. Hundreds of ISIS fighters and commanders are currently hiding in the Damascus desert, that lays between the Homs desert and the northern al-Suwayda countryside. Most of those terrorists are highly-experienced, well-armed and willing to fight until death.

Last week, the SAA eliminated a medical unit of ISIS in the Homs desert during a similar ambush. Back then, Syrian pro-government activists claimed that the unit was on its way to treat a senior ISIS leader.

The raising terrorism threat in northwestern Syria, mainly in the governorate of Idlib, is preventing the SAA and its allies from launching a large-scale military operation to eliminate the remaining ISIS fighters in the desert. This situation may change before the end of this year.

“Hundreds of ISIS fighters and commanders are currently hiding in the Damascus desert, that lays between the Homs desert and the northern al-Suwayda countryside”

One wonders why they still haven’t popped their domes out of their holes.

They may be waiting to starve them out of their holes if the SAA noticed that the ISIS dead and captured were malnourished and their wrecked vehicles were mostly loaded with foodstuffs.

Nice one, keepu the good work. Especially, when you find the cluster, who wish to set off the next ‘false flag’, CW incident, when either Trump or May need to change the headlines.

Trump ,May and Macron are all in rather a mess. All three seem to be drowning in their own false narratives.

Dangerous times indeed for all of us who are spectators.

Trumps state of the union address amused me. It consisted if a 10 second or so soundbite, followed by standing ovations , whilst the next short soundbite was sent to Trump’s earpiece.

This went on for over an hour . Trump spoke many words that he patently did not understand. For example , using the word ‘decimation’ to describe in tandem, the total ‘obliteration’ of ISIS. By the US of course.

You must have another TV or live in another country. We got a lot of his crap and Piloci behind him not smiling.

I still think Macron is doing the nasty parts of the job fine.

I saw an article on Millenium News, with regards how the Coven on ‘Feminist Dems (those who approve ‘full term’ abortios) reacted to his speech, but, could not be bothered to watch it. Thought I would check out the news headlines, expecting him to have the time to seriously make the speach memorable. Owing to how he could have used the shutdown period to seriously ‘kick butt’, where the Globalists in Washington DC are concerned. Strange, how he so ignores the opportunities which present themselves, to drain the swamp. Look more like he restocks it. Strange how there was so little media coverage, worth reporting. 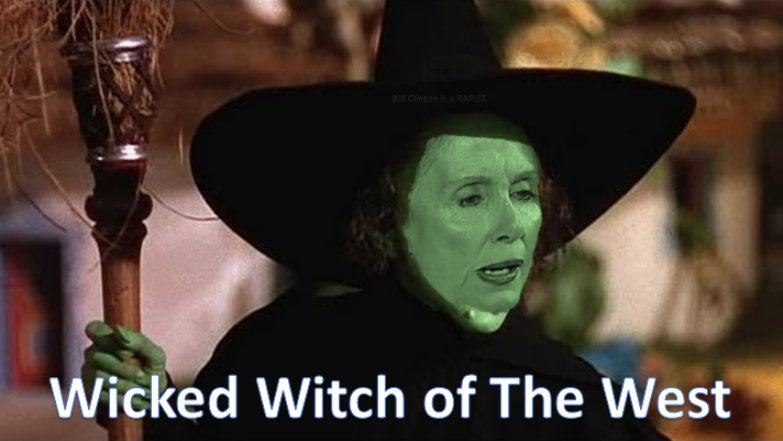 Where is a bucket of water, when you need it?

Yes, I was taken aback by Pelosi’s infantile behaviour as well.

Identity politics are a very destructive method of control that children learn from infancy ,as they seek to manipulate their parents affections.

Adult ( in age only) identity politics is only the furtherance of childhood success with manipulation by those with NO moral compass, in my opinion.

I just cannot fathom the immaturity of politicians and how they have no problems making the nations they serve, look stupid on the world stage.

When you look at the levels of professionalism, and intelligence, not just from the Kremlin, but, say the SCO summit, compared with the G7 summit, or Western Leaders, it just appears to be universes apart. Bearing in mind the internal politics of China, India and Pakistan, who are all members of the SCO.

The headchoppers are having a hardtime getting CIA weapons from Bulgaria, Croatia and Poland so now they are using M-16 from the midget Jordanian army. It also shows Americunt and Zionist desperation.

Very tempting to see this as 100% propaganda as counterweight for SDFs taking the last ISIS pocket.

It has been so all the way. SDF and Kurds are nothing until they are under the boots of Assads or Erdogan.

Assad even gave Afrin to Turks as revenge.

Assad couldn’t keep the Turks out of Syria due to a major lack of manpower and equipment. Best he could do was to allow the Kurds to fall back and regroup with additional SAA forces to hold Turkey’s proxies in check while allowing reconciled moderate rebel militias into the SAA tp bolster their ranks with experienced fighters and commanders. Assad also has no choice but to rewrite the Syrian Constitution in order to accomodate the Kurds and everyone else in the country so he’ll have an unified population to do battle with Erdogan over the flow of water coming out of Turkey into the rivers that cross Syria. Assad’s father had that problem in the 90’s so allowed the PKK to have bases inside Syria where they attacked Turkey’s dam projects to keep the water flowing. BTW the river’s headwaters are in Kurdish territory inside Turkey and flow directly into Kurdish homelands inside Syria, Iraq and Iran. The UN back then stepped in to work something out but since then, Turkey and Erdogan began building 22 dams with 19 hydroelectric stations that will eventually stop most of the downstream water flow which should cause the Tigris and Euphrates to become mostly dry by 2040. Turkey plans on using the captured water for major internal irrigation projects and to sell to other ME countries thru pipelines. There’s no international law stating that countries can’t block the flow of rivers into adjoining countries that depend on their waters for everyday needs so we may see Syria, Iraq and Iran gang up on Turkey with the assistance of the PKK to keep from going dry.

I think Erdogan had something worked out with ISIS to help stymie any reactions from Syria and Iraq when his new dams started filling up their reservoirs. In all likely hood, the two were going to trade oil and gas for water and electricity.

They should list the names or at least the nationalities of the killed militants.

If You wish, You can see many like this for, where they CAME FROM. Some might be a little biased, but the pattern is the same.

I don’t see Macedonia listed, even though there’s been several dozens of deaths of Macedonian Albanians.

I have no good answer for that. I know the ones from ISIS has their ISIS ID with oicture and almost all can be found in a country for being a full fx Macedonian, just libe there or has got the country nationality in sted of the own ones.

It is not bewtter then that. I dont know why Macedonians and others are not reghistrated well.

We have it for Denmark even we dont hjave all partipaters.

How would they know, do you think they carry their passports like in Hollywood and FBI stories?

They sometimes do have their ID’s on them, and occasionally pictures of these ID’s are posted. Other times they can learn who died by reading rebel websites or official reports of the “martyrs” who died. I am saying IF they know or learn who they are, then it would be enlightening to see where they are from. It would show, for instance, if certain countries are becoming more involved while other countries – which were maybe bigger in earlier years – are cutting back.

‘Hundreds of ISIS fighters and commanders are currently hiding in the Damascus desert, that lays between the Homs desert and the northern al-Suwayda countryside’.
So, can’t the SAA launch an operation to go after them?

I am not agree with this “preventing.” Russia and Turkey are preventing SAA for lunching an offensive in Idlib. Russia-Turkey agreement just try to please Turkey and its terrorists in Idlib.