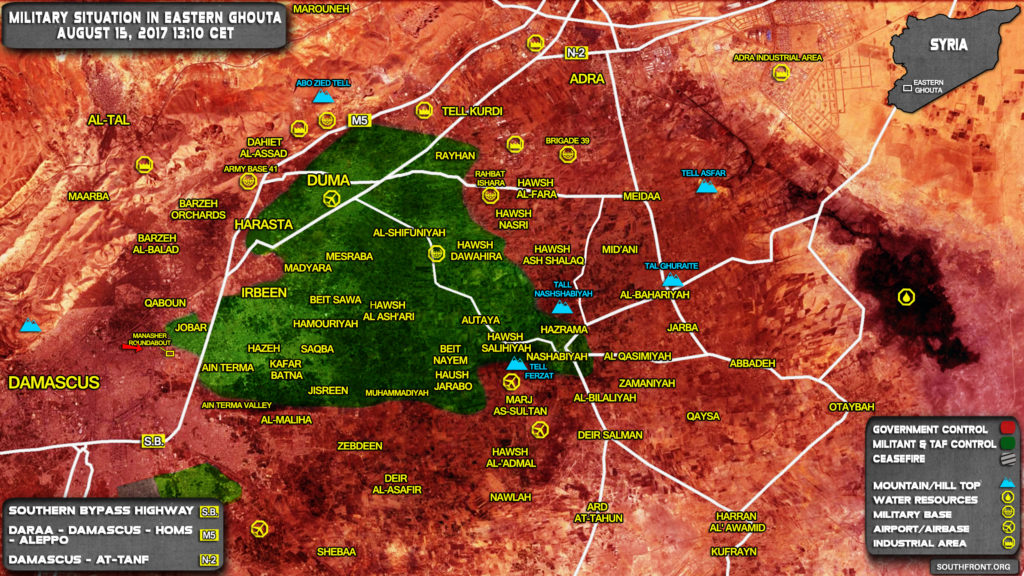 On September 27, the Syrian Arab Army (SAA) Republican Guard ambushed a group of Faylaq al-Rahman fighters in Ayn Tarma area east of the Syrian capital Damascus, according to pro-government sources.

7 fighters of Faylaq al-Rahman were killed and several others were injured in the ambush. 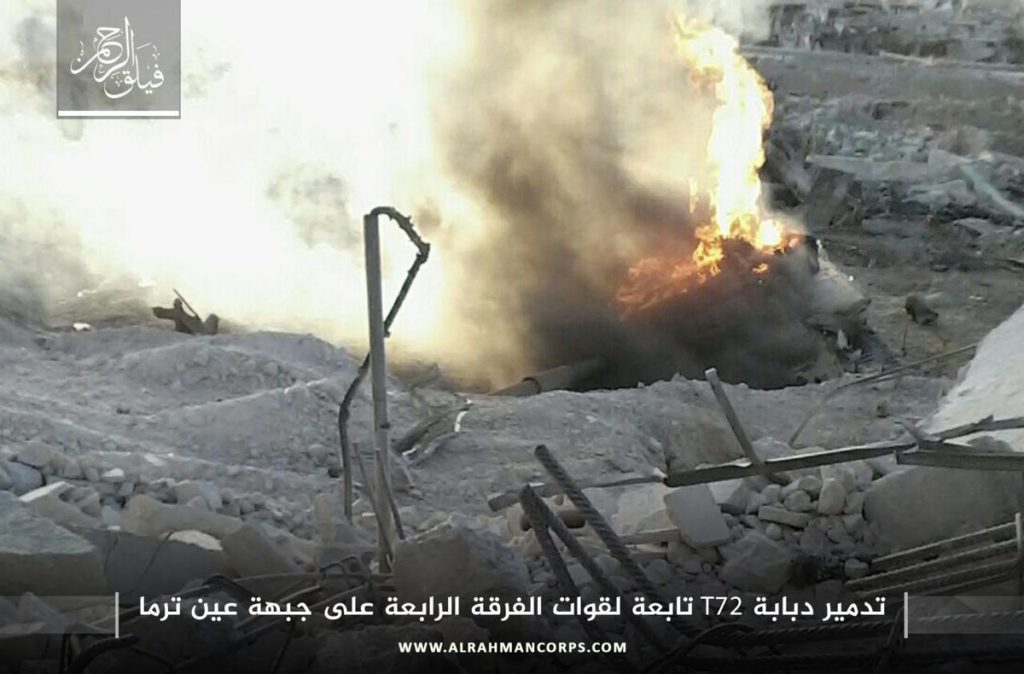 Another tank, a Shilka vehicle and a bulldozer of the SAA were damaged by Faylaq al-Rahman fighters.

Meanwhile, Jaysh al-Islam claimed that it repelled an attack of the SAA on its position in al-Rehan area in the eastern part of the Eastern Ghouta region, on September 26.

Jaysh al-Islam claimed that its fighters killed 11 SAA soldiers and damaged a T-72 tank of the SAA in the clashes around al-Rehan. Jaysh al-Islam also announced that it lost only 3 fighters in the SAA attack.

Exterminate these filthy terrorist traitors. Exile their families and “supporters”, if the misbegotten sons of camels have any…

You can call me Al
Reply to  Gary Sellars

This sounds dreadful I know, but I would not exile the families, I would eliminate them.