The Syrian army’s Tiger Forces, Liwa al-Quds, the National Defense Forces, Hezbollah and other pro-government formations have been continuing adavance against al-Qaeda linked militants (Jaish al-Fatah/Fatah Haleb) in the Syrian city of Aleppo.

Government forces are dveloping the offensive in the areas of Zebdiyah and Bostan al Qasr.

There are also reports that Liwa al-Quds and Hezbollah have made significant gains in Sheikh Saeed. But they have to be confirmed.

All “ceasefire proposals” sent by militants yesterday were reportedly rejected. 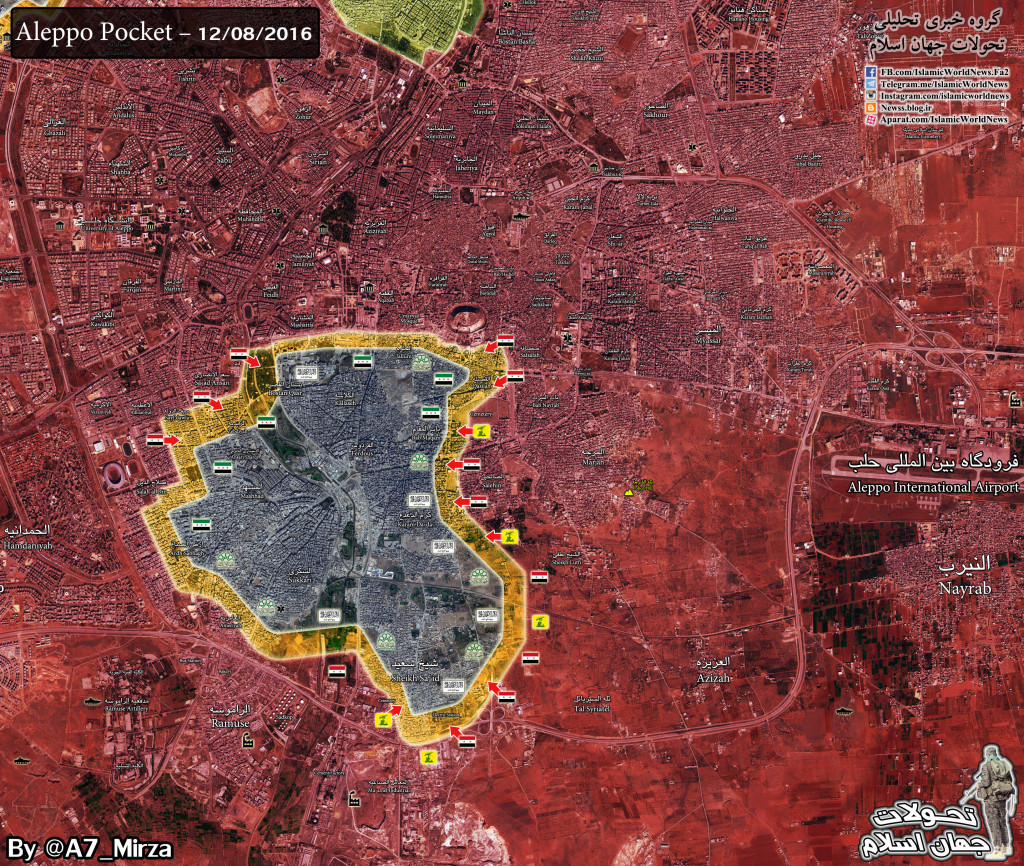 It is time to eliminate all Wahabbi terrorists in Syria and the region, once and for all. God bless Dr. Assad, SAA, Iran and Hezbollah.

“Heya SAA, how about a little cease fire so we can regroup? It will last until we attack your civilians again. Whatsya say?” Kill these terrorists now please!

When SAA imposes ceasefire, the jihadists did was to harass the government forces taking a break from fighting.

Now they themselves are crying for it. They get what they’ve deserve.

Non Stop until the final victory and total control of Allepo, don’t pay attention to humanitary shouts of occident.

No ceasefires… No “negotiations”…. It is time to finish the job and finish off these murderous US operatives and mercenaries…. Do to them what they did to so many innocent civilians… Evil must be destroyed!

finish the battle now and kill these usa mercenary groups

The US delegation supposedly “negotiating” the extremist withdrawal with Russia is likely to degenerate into shouting about “war crimes” again and hysterically demanding aid for the dwindling few extremists left.

is it possible to finally see a pocket cleared by only military means? And Aleppo, none the less? that would be so important for the course of the war and SAA morale! good luck and keep pushing, don’t let the wahabis rest!