A number of terrorists’ positions and gathering centers, located in the provinces of Hama and Idlib, were attacked by Syrian troops and the country’s air force. 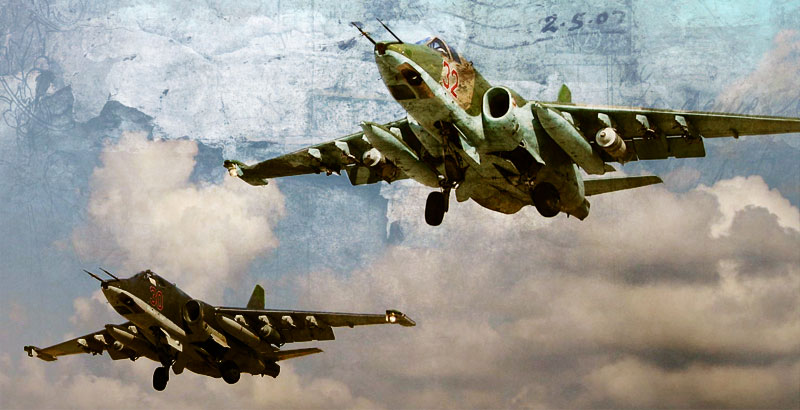 Military positions of terrorists, stationed in the provinces of Hama and Idlib were attacked and destroyed by the Syrian Army and the country’s air power. As a result, scores of militants were killed and wounded.

In particular, gathering centers of terrorists in the regions of al-Sayyad, al-Latamina, Kafr Zira, and Wadi al-Ees, located in the northern part of Hama province, were targeted and hit by Syrian troops. As a result, several military positions of terrorists, their artillery units and four military vehicles were destroyed, while several terrorists, including Tarek Khattab, who was responsible for an artillery unit of Jaish al-Izzah terrorist group (also known as the Army of Glory), were killed during the offensives.

At the same time, gathering centers and fortifications of terrorists in Mourek, Taibet al-Imam, Skeak, Atshan, and north of Ma’an regions, as well as farms, located between Kafr Zita and al-Zakat, were also attacked by the Syrian Army. A large number of terrorists lost their lives during the operations, while a number of their military vehicles were destroyed.

Meanwhile, terrorists’ gatherings, located in al-Quneitrat, Mourek, al-Araba’en areas, as well as north of Souran and Skaik towns and Tal Tarae in the northern part of Hama province, were targeted by the Syrian Air Force. As a result, warehouses with ammunition and weapons, military positions and vehicles of militants were destroyed, while at least 40 terrorists were killed.

At the same time, Syrian fighter jets destroyed a large number of vehicles of terrorists, as well as killed and wounded a number of militants in the villages and towns of al-Taman’a, Kafr Ain, Khan Sheikhoun, Abdin, Kfromeh, and Kafr Sajna, located in the southern part of Idlib.

On Wednesday, several airstrikes were also carried out on positions of the Jabhat Fateh al-Sham (previously known as the al-Nusra Front) terrorist group in al-Lataminah, Sakik, Taybat al-Imam, al-Sayyad, Jeni al-Albawi, northern al-Ma’an, and north of Kafar Zita, located in the northern parts of Hama. As a result, bases and military hardware of terrorists were destroyed, while tens of militants, including their commanders, were killed.

Strongholds of the Jaish al-Izzah and Jabhat Fateh al-Sham terrorist groups, stationed in northern Halfaya, al-Zalaqiyat, Ma’arkaba, and Zor Abuzaid in northern Hama were also pounded by Syrian warplanes. Dozens of militants were killed and their military vehicles were destroyed during the airstrikes.

Earlier this week, military hardware and several arms warehouses of terrorists, located in the regions of Atshan, al-Arbaeen, al-Quneitrat, Ma’an, and Morek in Hama province, were struck and destroyed by the Syrian Air Force. The Syrian Army also launched a series of attacks on positions of terrorists in al-Tamateh, Khan Sheikhoun and Kafroumeh. As a result, military hardware, armored vehicles and an ammunition warehouse of militants were destroyed.

Tens of terrorists were killed and wounded during attacks of Syrian troops on convoys and military positions of militants in Tal Taryee, Souran and Sakik.

Also on Sunday, terrorists’ supply routes in the towns of al-Tamanna and Khan Sheikhoun, as well as in the north part of Abu al-Dhohour town, located in the southern and southeastern Idlib, were struck by Syrian fighter jets. As a result, scores of terrorists, including their leaders, were killed, while a number of their bases, command posts, warehouses with ammunition and weapons, and armored vehicles were destroyed.

The only thing better than roasted rats…

h/t to Ziad Fadel on SyPer for the eternally hilarious rodent references.