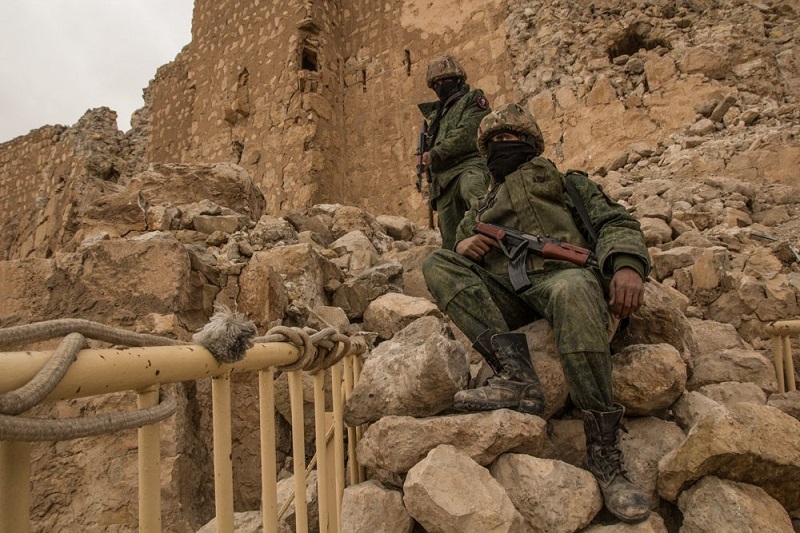 On March 15, the Syrian army and the National Defense Forces (NDF) further advanced against against ISIS terrorists southeast of the ancient city of Palmyra.

Clashes were also reported in the outskirts of the Mustadira gas field and the Arak gas field.

SAA captured the gas field and the crossroad

Good news. Can anybody point out the AK variant the troop in the picture is holding?? Looks like a Chinese Type 56 Para to me. Or is it an Iranian variant??. Very interesting to see the number of AK variants that have cropped up in Syria.