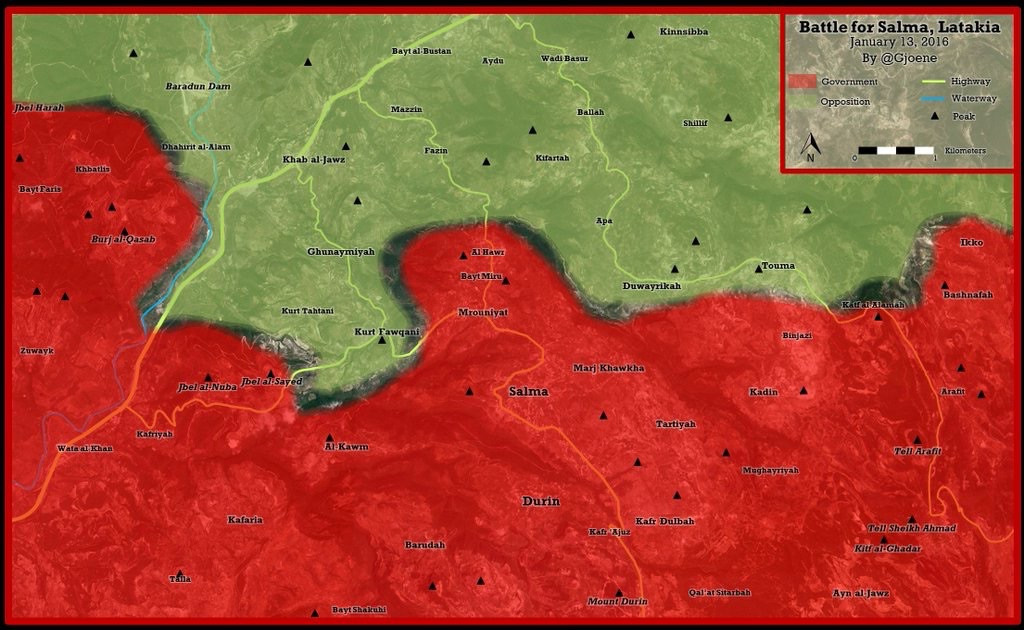 The Islamist rebels of Jabhat Al-Nusra and the Free Syrian Army (FSA) suffered one of their largest defeats in the last three years on Tuesday, as they rapidly retreated from the strategic town of Salma in Latakia’s northeastern countryside after the Syrian Arab Army (SAA) and their allies overran their positions.

According to a military source in Jabal Al-Akrad (Kurdish Mountains), the Syrian Arab Army’s 103rd Brigade and their allies imposed full control over the villages of Al-Kawm, Al-Mareei, Marj Khawkhah, Beit Miru, Al-Hawr, and Al-Maruniyat after an intense series of clashes with the Islamsit rebels of Jabhat Al-Nusra and the Free Syrian Army.

With the aforementioned villages under the Syrian Armed Forces’ control, the Islamist rebel defenses have virtually collapsed amid the imperative loss of Salma.

Salma is the situated at the highest point in Jabal Al-Akrad; its loss will be felt by the Islamist rebels in the coming weeks as the Syrian Armed Forces continue to advance towards the Turkish border.