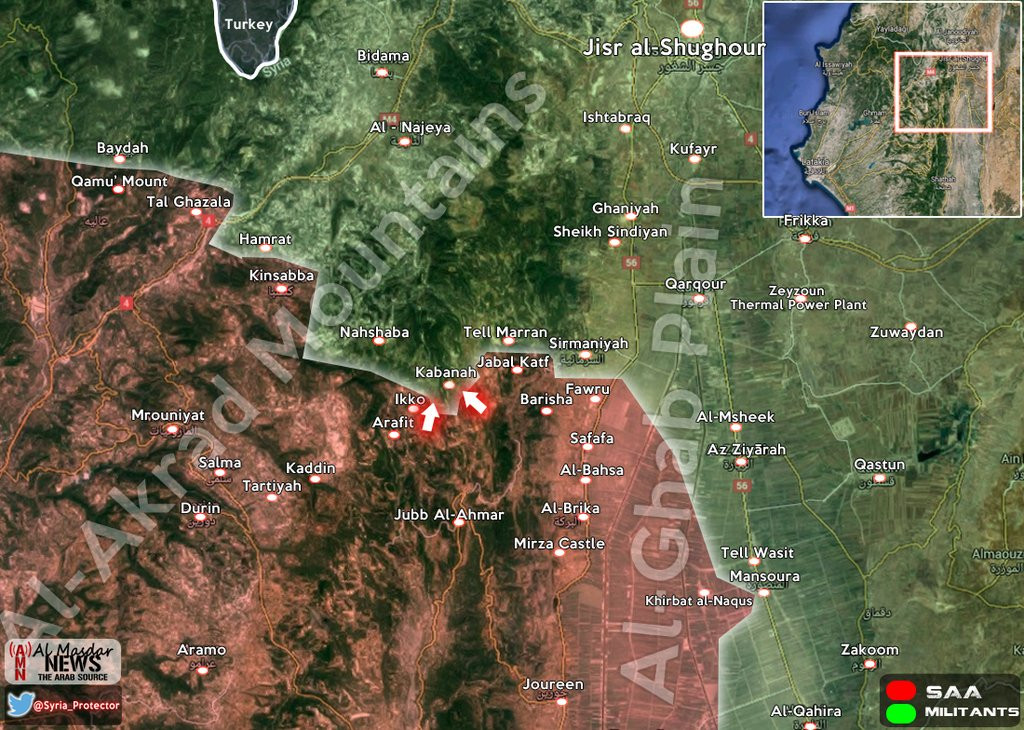 The Syrian Arab Army’s 103rd Brigade (commandos) of the Republican Guard are nearing the end of their Latakia operations after they seized the remaining 18 percent of the province that was under the control of the Free Syrian Army (FSA) and Jabhat Al-Nusra (Syrian Al-Qaeda group).

However, one final battle remains before the Syrian Armed Forces can seize the Latakia Governorate’s border with Idlib and enter the strategic Jisr Al-Shughour District after a 10 month hiatus.