The Syrian Army and the National Defense Forces (NDF) have advanced against Western-backed militants in the area east of the al-Seen Military Airbase. Pro-government fighters have captured al-Sabab Biyar and the Zaza Checkpoint.

Thus, the army and the NDF cut off one of the important roads that could be used by militants to link up their territory in the Syrian desert with the Qalamoun pocket. 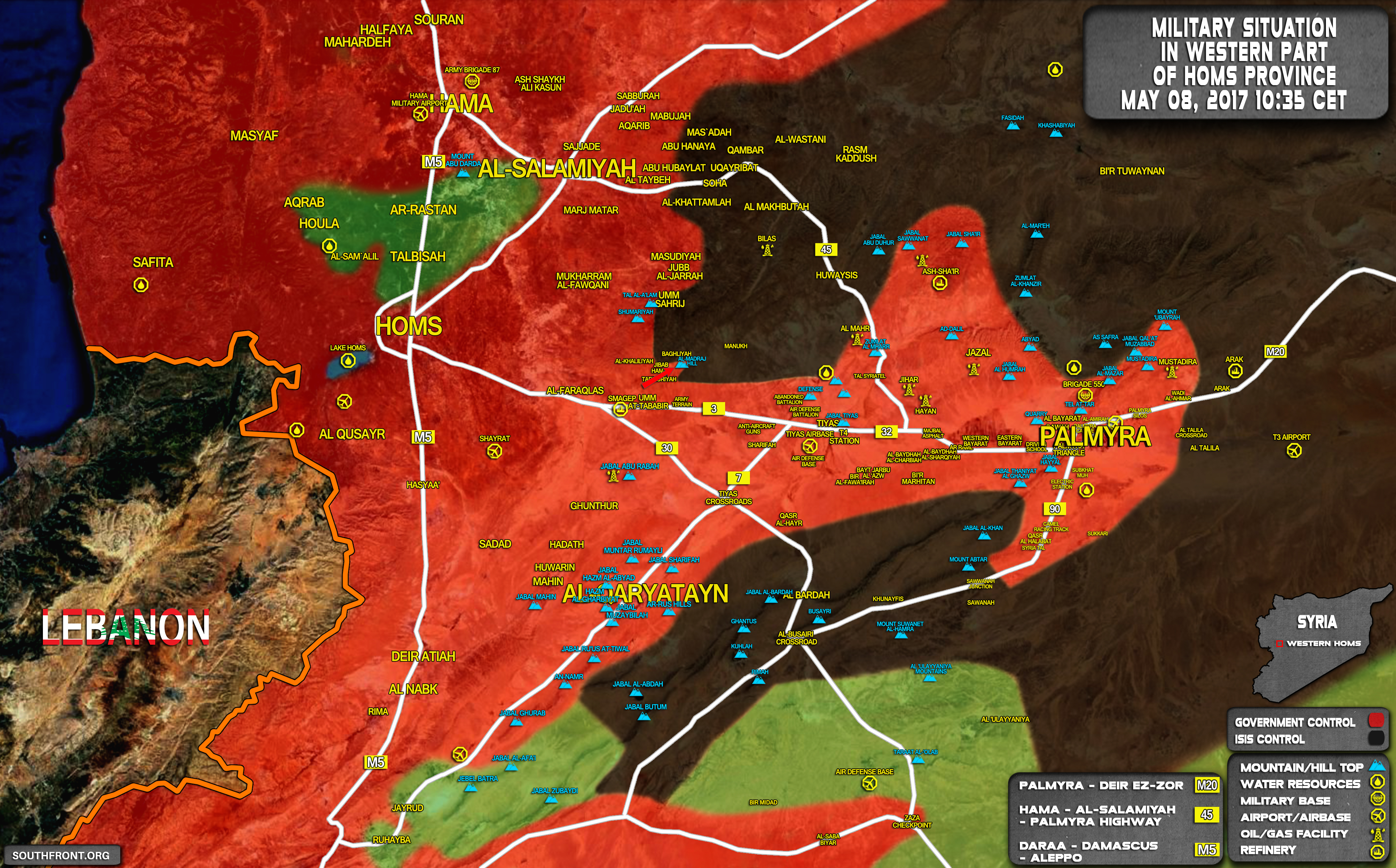 …And will get outflanked again…

Anyway, the area in question is almost cut off from the palmyra map shown, its exactly at the southeasternmost edge, and it can easily be cut off again. They have to advance from al seen and from south palmyra simultaneously, taking khunayfis, busayri etc. to really secure it well and buffer it properly.

Militants can take other routes, and beat ISIS and then still join the jayrud pocket towards dhumayr.

Yeap ! I wish they can hold it tightly beacause this wil allow buffernig Palmyra and Deir-ez-Zor. If (sweet dreams, maybe) they can get the air base and the hill at east then Al-Quaryatain might be tightly secure and Damascus much more released from east.

I just love this move! If the rebels from that pocket (well armed btw) would have come out of the siege, SAA not far in the future would have seen troubles in connecting with Iraqi border. By securing Palmyra – Iraqi road and and so keeping up the siege, the rebels will have no other option but to opt for Idlib sooner or later.

First Suheil has to meet Issam in Deir Ezzor and than Idlib governate will be purged. After that it needs to get the remaining rest under control (north, northeast and southeast) – in 2018 or earlier.

Well By the Military point of view the next move gonna be the capture of the Al Bushairi Crossroad which will be smart if they want to link their advances together and push the terrorist out from their flanks..

Well that was easy! Where did all the rebels go? Is the green area just a hollow shell, or did they all head east to T2?

to seize desert is easy :D

That’s what she said

However, they could be retreating to places that they desire to defend, leaving a couple of guys behind to slow things down.

But not enough. Everything up to jordan border. the vultures are grouping …