The Syrian Arab Army (SAA) resumed on November 29 its ground operations in the northern Lattakia countryside and advanced towards the key town of Kabani.

According to pro-government activists, the army secured the 101 hilltop, which overlooks the key town, following heavy clashes with terrorist groups. 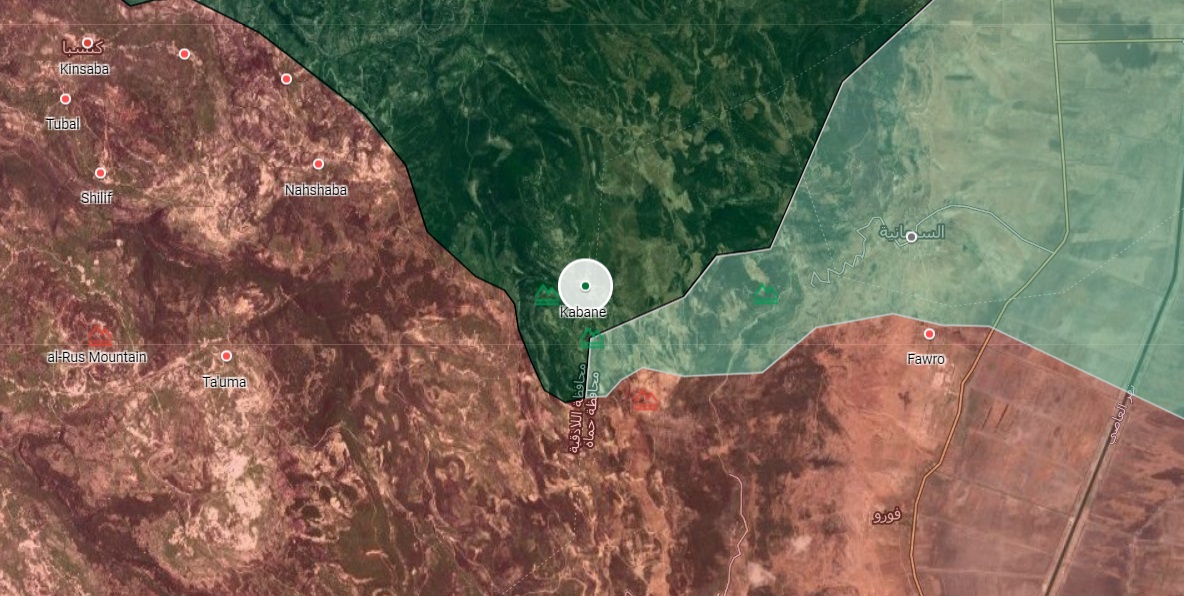 Despite losing a hill, HTS claimed that its militants damaged a battle tank and ambushed a group of Syrian soldiers. A source in the SAA’s 4th Division, which is leading the attack, confirmed that a tank was damaged. However, he denied the claims of an ambush.

The SAA launched several attacks in northern Lattakia earlier this month. All the attacks ended up failing, due to the area’s rough terrain which is playing in favor of HTS and its allies. Terrorist groups built a complex network of tunnels and caves in the area over the last year.

Good news. When Kabani is liberated, the SAA has a free ride to the al-Ghab plain and Jisr ash-Shughur.

Lets wait and see. Have heard news like this many times b4 . But if true and SAA really would liberate Kabani, u are right. That would be awesome. I say just carpet bomb the damned place with bunker busters and FOABs for couple of weeks non stop then storm it with the best units.

That would be a great tactic. I just don’t understand why they always launched the same attacks on the best defended part of Idlib. Attacking some mountains west of Kabani to make the orks in Kabani leave their rat holes to bomb them away would be way smarter.

I don’t get it either. But i presume the SAA and Ruskies know best. Lets hope it will be over before the end of the year

I hope the exact same. The SAA needs to liberate Kabani before winter, then during spring they can launch the big assault towards Jisr ash-Shughur.

As long as they keep making progress.. It is easy for us to say why don’t they do this or do that but best to leave it to those on the ground doing the job as they know all of what they are up against. Maybe they have proven that once they crack the toughest part the rest just folds away which maybe better than nibbling away the softer parts . I don’t know but I just think they are being successful time and time again which is what really matters.

I had the same thought. When they liberate the hardest part of Idlib, then the rest will be easier to liberate.

This is one of the roughest and most difficult battlefields, the western part of Kabani is more difficult than the southern part. Using spearhead or pincer attack will be difficult in mountainous areas without being able to use armored vehicles, for now SAA has not been able to use cut and surround tactics because it is necessary to isolate the kabani town from the north which of course will be more difficult. Terrorists have dug up most of this area for their foxholes. So RUAF and SYaAF need to soften their main defense first. It could be using carpet bombings but it will take a lot of victims from civilians. And this is good news, right? SAA and its allies have made progress.

I’m sure the SAA will use a clever tactic, as they’ve already surprised me several times. Let’s see what it will be.

will that “clever” tactic include the usage of chemical weapons?

Will you do us a favor please. Can you take various chemicals until one blows your head up like a balloon and your eyes pop out so we know which one to use. Thanking you for your assistance in this matter of comment improvement. It would be better when your head blows up that you take off like a weather balloon and float away rather than your head explode and expel all the gas . The stench would be unbearable and you only do that to us if you didn’t like us which I can’t imagine being possible..

klove and light
Reply to  JoeAlpha

there are ZERO civilians there since january 2019…comfirmed by Russia , SAA and even the SOHR has confirmed this and SOHR cannot be counted as a friend of the syrian Government to say the least…..was also printed in an article here at southfront months ago, when SOHR confirmed no civilians , only terrorists from HTS and TP. ps. the nonsense with tunnels and Caves is ridiculous and makes a mockery out of modern airforce weapons.Syrian aND ESPEICALLY RUSSIAN AIRFORCE HAVE 100% TOTAL AIR SUPERIORITY, meaning they can drop whatever they have/want/Need without interference……..and if somebody tells me they cannot destroy tunnels and Caves with modern airforce and weaponry…then you are sending back modern weapons 5 decades. to the latest “Advance”, you should read articles here at southfront from last week…when SAA ADVANCED to the outskirts of kabani capturing not 1 but several hills…but got butchered and had to retreat……..Iam the only one who has beenw riting About KABANI since 2018, and i told everybody smartasses that KABANI is the key for the plains in IDLIB…without kabani any greater offensive is doomed to fail in Idlib. We are beeing told that russian airforce, bombing the Terrorist motherfuckers at kabani for over 1 year now cannot destroy their defenses.OK OK OK believe it if u want to, and make a mockery out of yourself…..aND IAM TELLING YOU THAT RUSSIA COULS easily BUTCHER THOSE JIHADI PRICKS in 1 week with a TRUE INTENSE MERCILESS bombing Campaign…but they are NOT ALLOWED TO.because treachrous Zionist pig PUTIN gave exactly those orders, who again gets HIS ORDERS from his masters in tel aviv.

ps. if any of you would bother…check out ALL ARTICLES here from southfront on SAA storimg KABANI since january 2019……they lost thousands!!!!

JoeAlpha
Reply to  klove and light

Haha, you know? If that’s in your mind I don’t know what else to say. People like you will be very difficult to listen to other people’s opinions. You have to know one thing. You don’t know what it’s like to be a player, you are a spectator who can only scream outside the field to criticize players.

Yeah, 4 years and no luck still. Butcher regime is kind of a joke

Do you really think the SAA has been trying to liberate Kabani for 4 years? No comment about that. The SAA is a joke? That’s why they destroyed terrorists in a large part of the country the last few years and fought on multiple fronts at the same time.

You can talk. 71 years of shooting and burning civilians and you still haven’t won. Want to see a joke , have a look in a mirror.

The SAA should refrain from a frontal attack. Remember Mao’s long march. Take them from behind.

That’s what she said

Ah , so that is the way you like it , take it from the rear.. or give it. Just remind me not to walk in front or behind you..