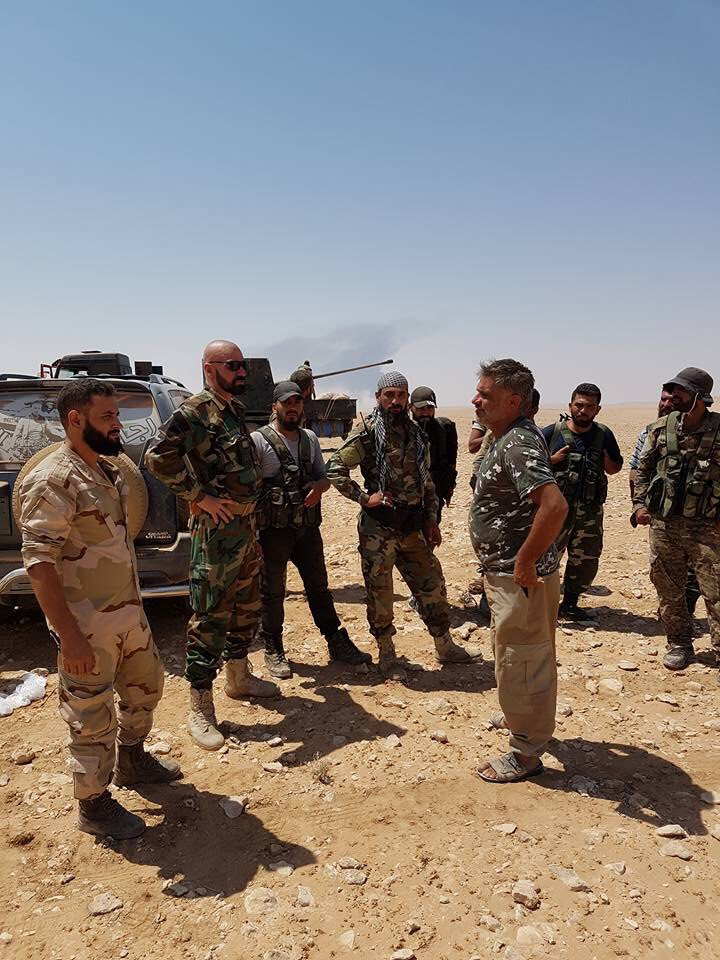 Tiger Forces members are near al-Kawn

The SAA also captured some points from ISIS north of the Sha’er mountain located near the Sha’er gas field.

The Hezbollah media wing in Syria announced that on Wedesday the SAA repelled an attack of ISIS on its position in the Jub al-Mazare’a area northwest of al-Mabujah village in the eastern Hama countryside. 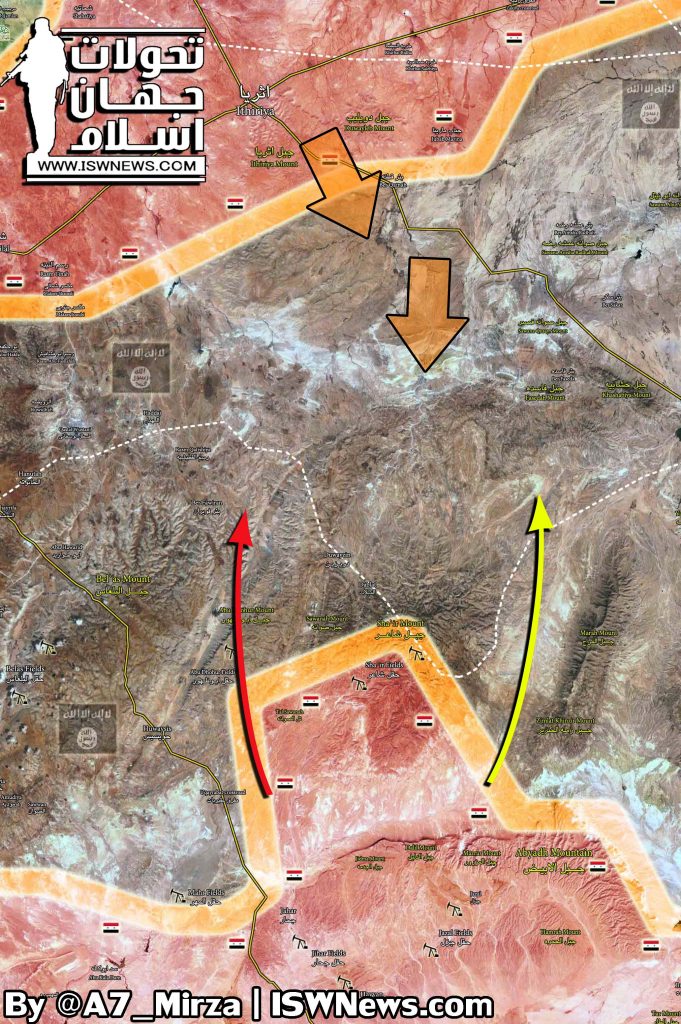 Separately, Russian and Syrian warplanes destroyed many ISIS positions and equipment around Uqayribat town in the eastern Hama countryside.

On August 15, ISIS claimed that 7 Syrian soldiers were killed during an attack by its fighters on SAA positions south of al-Maqhlah bridge in the southern Raqqa countryside.

The ISIS-linked Amaq news agency published photos of weapons and ammunition captured from the SAA during the attack. 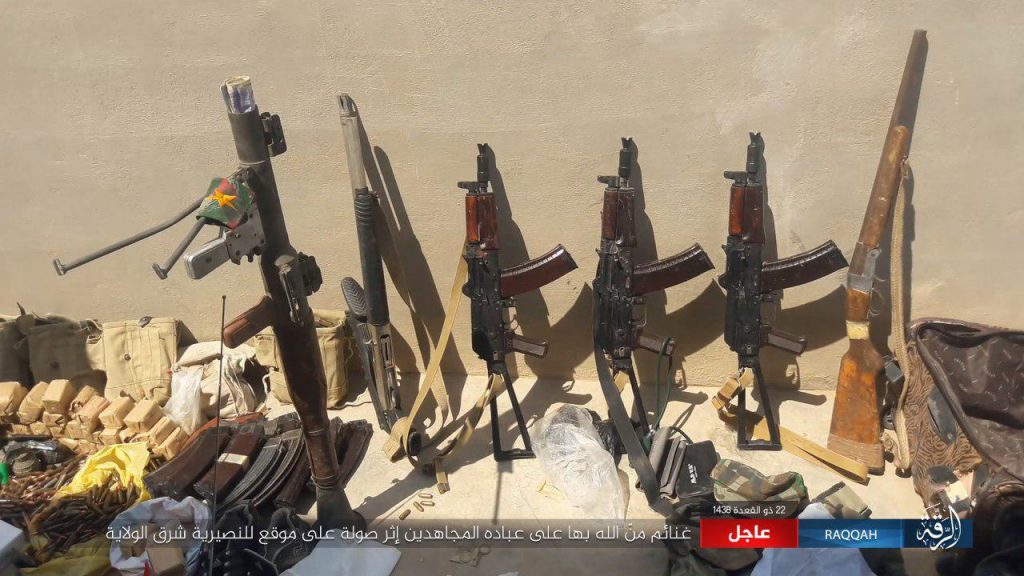 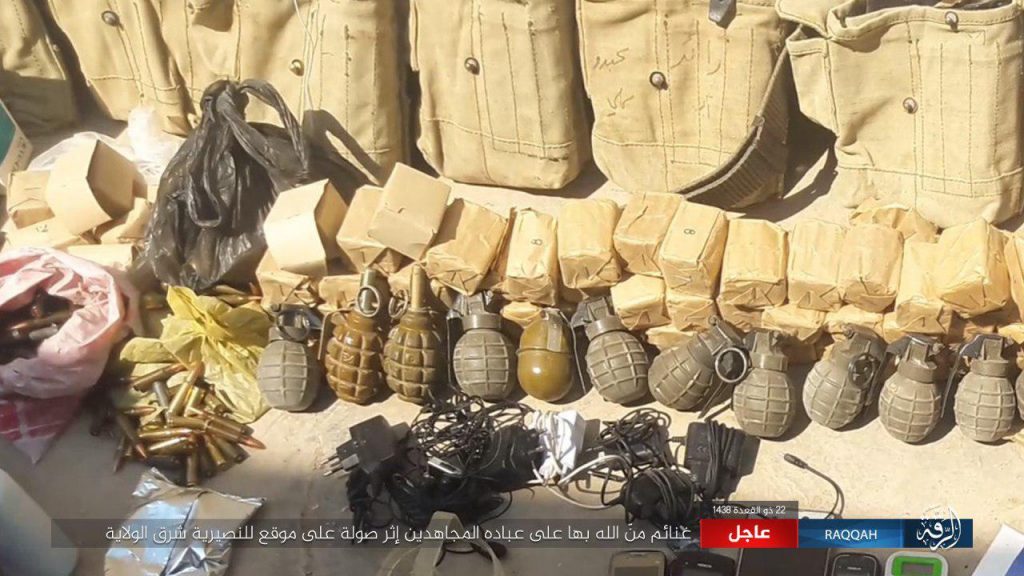 Syrian opposition sources claimed yesterday that ISIS was able to recapture Ghanim al-Ali and Abu Hammad villages in the southern Raqqa countryside. However, ISIS has not confirmed these claims yet.

Don’t forget the phones and the chargers…lol!!!

Seems the loyalists are always a couple of capable units short to pursue all key objectives. At one point, there were supposed to be Chinese trainers in Syria; has anyone ever seen them? Does Syria have units worth training available?

The Chinese trainers were for medical only . The Syrians would probably be more qualified to train the Chinese than vice versa . After six years of fighting the best equipped mercenaries and jihadists money can buy , Syria’s training , is old school , in the field .

They are located in Damascus working in the medical field , with the Nurses and Doctors with new hospital equipment and others there are to provide security for them to work safely.

God bless the SAA and their allies. At least they will end the conflict.

This is second worst captured equipment photo I have seen. Firepower is on the level of average American school shooting, and the mystery gun on the right is more likely to kill the shooter then the target.

Yes, i doubt SAA would use such ancient museum piece. A russian instructer would simply headbut the Saa soldier caught with this! Most likely a foto of there own weapons.

This is the equipment they took off the YPJ the rocket launcher still has the YPJ flag on it.