The Syrian Armed Forces have launched a fresh round of attacks on terrorists’ positions in northern Hama and southern Idlib. 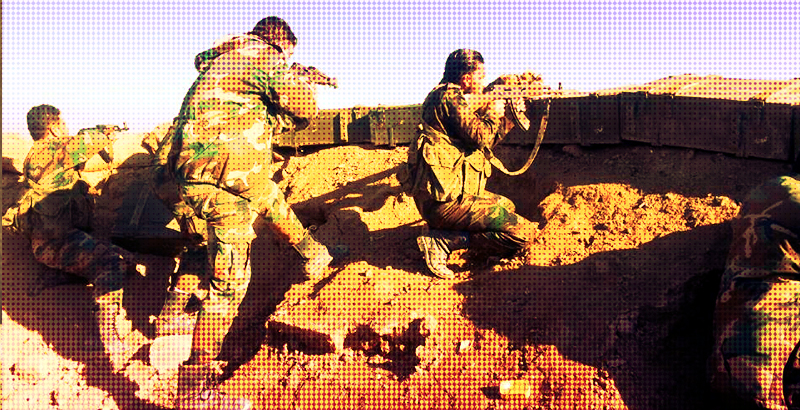 The Syrian Army and the country’s air force have launched a new series of attacks on positions of terrorists in northern Hama and southern Idlib. As a result, militants suffered heavy losses.

Terrorists’ concentration centers, located near al-Karkat village in northern Hama, were targeted by Syrian troops. A number of terrorists were killed and wounded. At the same time, the Syrian Army hit gatherings of terrorists, stationed in al-Sayyad village and Taybat al-Imam town in northern Hama. A number of militants lost their lives or were wounded in the attack.

Meanwhile, the Syrian Air Force carried out several airstrikes on positions of the Jabhat Fateh al-Sham (previously known as the al-Nusra Front) terrorist group near al-Tamanna town, located in southern Idlib. As a result, a number of terrorists were killed, while their weapons and ammunition were destroyed.

Earlier, Syrian fighter jets dropped thousands of leaflets, which urged terrorists to lay down their arms and surrender to the government forces, over the militant-held regions in southern Idlib and northern Hama.

On Friday, positions and concentration centers of terrorists of the newly-formed Tahrir al-Sham Hay’at coalition, stationed near Jisr al-Shughour town and in al-Naqir town in southern Idlib, were struck by the Syrian Air Forces. According to reports, militants suffered heavy losses during the aerial raids.

On Thursday, positions of Jund al-Aqsa terrorist group in the villages of Kafr Ein and Madaya, located in southern Idlib, were also hit by Syrian warplanes. As a result, at least 20 terrorists were killed and many others were wounded, as well as several positions were totally destroyed.