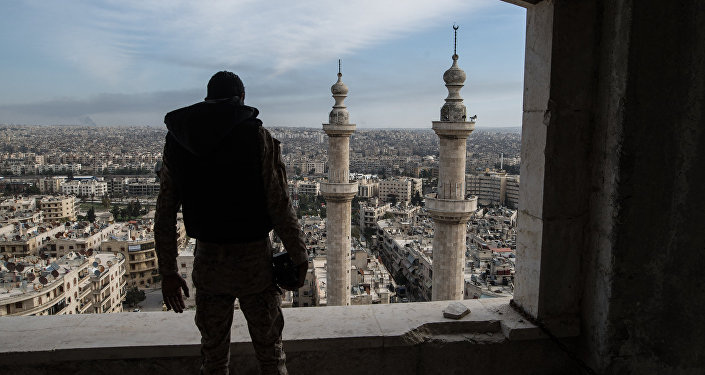 The Syrian Arab Army (SAA), supported by the Russian AerospaceForces, has launched military operations in the Aleppo province, liberating the al-Asamat area in the Malah Farms noth of Aleppo City. According to AlMasdarNews, the SAA’s Tiger Forces are the main striking force of the government in the area. Russian warplanes have conducted up to 60 air strikes in the areas near Aleppo City since the start of operations this morning.

The Malah Farms have a strategic importance because a major part of the militant groups’ supply lines to Aleppo City is heading through them.

In turn, pro-militant soruces that any significant changes in the area are expected because major part of SAA offensive attempts have been repelled.

The recent video of clashes in and near Aleppo City provided by members of the so-called “16th Infantry Division” of the Free Syrian Army. The video depicts the retreat of pro-government troops in the area near Aleppo City amid heavy fire from the militants’ side. The precision location is unknown:

Hey cool to see you here, you Jihadi loving scumbag from syria.liveuamap

You again. You goat fuckers are everyvare.

The only thing they can do is ask russia to strike civilians in Aleppo with incediary bombs.

Those who burn people alive in cages have the full right to feel what it is like with their own skin. And those, Hallo Hou, who helps them to get away with their crimes are next in the line. Think about that.

God bless the russian orthodox Christians hekping ti fight the sunni islamists savages. Please saturate the skies with leaflets encouraging the savage moslems believers to go back to the orthodox Christianity of theur forefathers. That is how you win the war against the Saudi Arabians