Syrian and Russian warplanes have delivered high number of airstrikes against ISIS targest in the area located west of the ancient city of Palmyra, according to local sources and media activists.

Warplanes supported the government advance along the Homs-Palmyra road and near Abu Tawwalah (Bayt Jarbu al Azw), killing some 8 ISIS members and 1 vehicle equipped with a machine gun.

Earlier today, the Syrian army and the National Defense Forces (NDF) have repcatured Abu Tawwalah and the nearby housing area from ISIS. 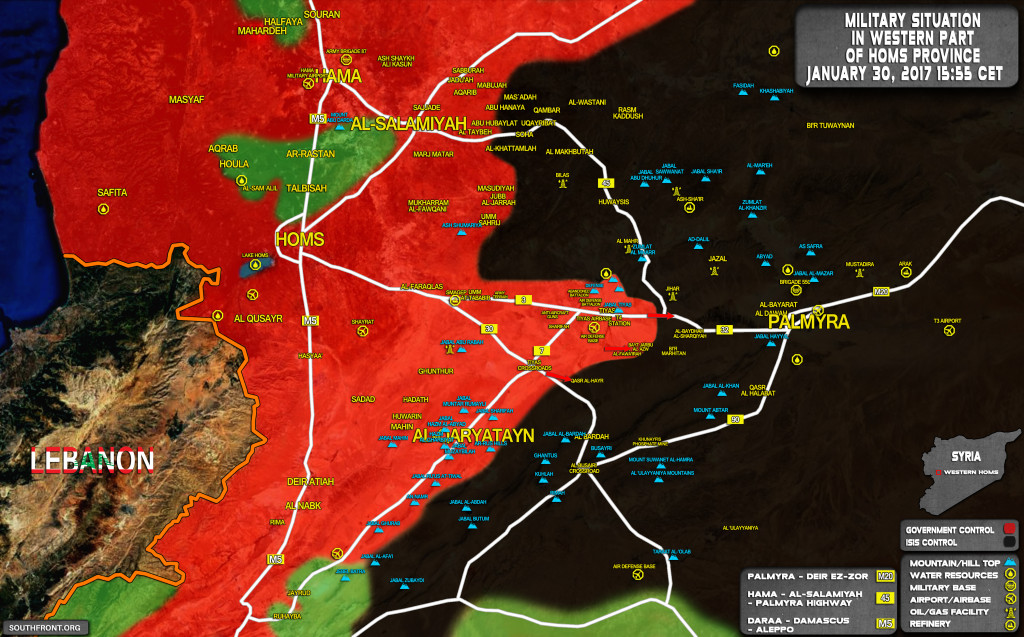 They’re doing exactly the same thing that led to them losing Palmyra the first time; one thin, long salient. Go south and east of Qaryatayn, you idiots.

No progress during last week.

They are simoly lost. No conception, what o do?

This front is a slow grind against ISUS. Perimeter N and S of Tiyas airbase is improving. I noticed that most tigers are still up around Kiweires, this must be their higher priority along with holding Deir Ezzor. Palmyra can wait. ISUS is in a tough spot up north, Palmyra front will tie down their reserves.

But can Deir Ez Zor wait?

It is only a matter of time until the next big attack.

They can wait…. and loose the half of country.