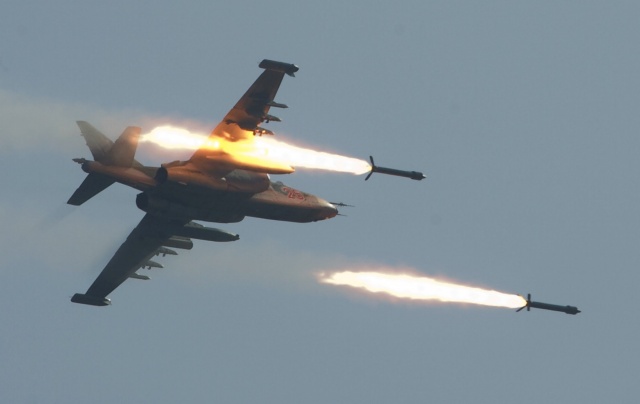 On June 22,  Syrian and Rusian warplanes carried out a series of combat flights over the militants’ strongholds in the Aleppo province.

According to reports, the Syrian Arab Air Force targeted militants units near the villages of Kafr Hamra, Anadan, al-Malah farms and Castello road while Russian warplanes pounded jihadists in the northern part of the province – at the ‘Anadan Plains.