For a second day in a row, warplanes of the Syrian Arab Air Force (SyAAF) and the Russian Aerospace Forces bombed dozens of militant positions in the northern Hama countryside and the southern Idlib countryside, according to Syrian pro-government sources.

Furthermore, the Syrian Arab News Agency (SANA) reported that the Syrian Arab Army (SAA) shelled and destroyed an ammo depot and a rocket launcher of Hay’at Tahrir al-Sham (HTS) and Jaysh al-Izza in the town of Kafr Zita in northern Hama. The SANA’s reporter said that five militants were killed in the shelling.

Syrian opposition activists said that the militants shelled several positions of the SAA and its allies in northern Hama with rockets and mortars in response to the Syrian and Russian airstrikes. However, no casualties were reported as a result of the shelling.

A day earlier, several pro-government outlets reported that the SAA began its final preparations to launch a military operation against the remaining militants in the opposition-held areas of northwestern Syria. However, the ground attack is yet to be launched.

The Orc on the last vid sounds scared!

That their last days are spent in cowering fear is a bonus.

Wipe out the primitive scum from the face of the earth

We tried.
Reply to  Richard M

Icarus Tanović
Reply to  We tried.

Yeah, pissed and cummex. Now orc is outha fuck his goat to calm down.

SAA/Russia have been announcing the offensive for weeks – long enough for the head choppers to take defensive positions and dig in. Mean while they were mapping the front lines with drones and satellites and once they were satisfied with the amount of intel they’ll just bomb them to hell – and well away from major urban areas at that. Nice going…

Except, those rats love to hide among civilians! Their tactics! They don’t have regards towards human life whatsoever!

Agree. Only they are forced to hold a long front line and that means conventional fighting – where they’re hopelessly outgunned. On the other hand if they break and run into cities and villages – they’ll be broken up in numerous pockets, surrounded and eliminated. In short – they’re f**ked whatever they try…

They are fucked, but the not before another big hysteria about civilian casualities takes place in MSM!
No one gives a fuck about those savages, their employers are the least who would shead a tear.
Is it going to be hard on civilians, yes, is there going to be huge death toll, yes, but who is to blame? That is the point of the sick game played against secular Syria!

Iranian forces alongside SAA will finish what Airforce hasnt :). they cant hide now, their time has come.

Keep pounding them level that place

what is a bomb? a barrel full with explosives :-P

No, it’s a stowe full of shit.

the second scene looks interesting… like a bigger aerosol-bomb, blowing along the whole trench to to the right side..

3rd one looks like either an ammo
Depot hit
Or a thermobaric used. They keep saying barmil but these are not barrels

A barrel bomb is just a bomb without fins. All the Western furore about ‘barrel bombs’ is abject bollocks.

Because they wanted to spin the narrative that the SAA is broke army that have no real bombs they make the story that they dropping them off an helicopter. What’s missing is just they can’t make that helicopters video.
Well at least they do think placing them in jets is implausible.

It is easy to drop a ‘barrel ‘ bomb from a jet but what is the problem dropping any sort of bomb from a helicopter anyway.

We tried.
Reply to  FlorianGeyer

It is the “assault rifle” gimmick.

FlorianGeyer
Reply to  We tried.

That made me think for a moment, but , yes it is all in a name to compartmentalise thought to suit a narrative.

Actually, I’d say it a fairly good tactic for precision strikes against Jihadist targets deeply embedded in urban areas. Hover DIRECTLY over the target out of effective range of enemy light arms or MGs, then drop a bomb vertically onto target.

Western outrage is probably out of frustration that it is an effective tactic the SAAF and SAA have used to neutralise the regime-change assets.

You are correct, again Gary :)

I’ve seen videos, nothing special about them. They are just pushing crude looking bombs while helicopter is hovering above the target.
Bombs that they use on planes are rusty too, but they work as good as the shiny ones. 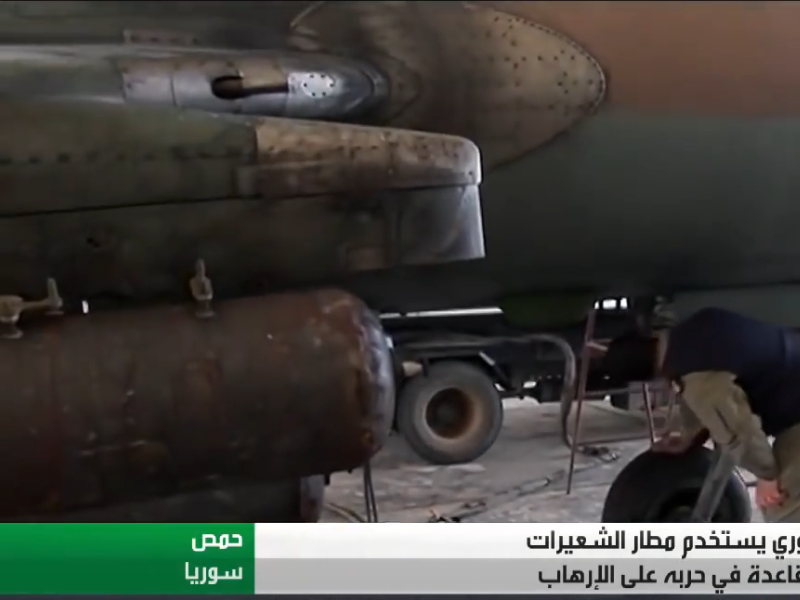 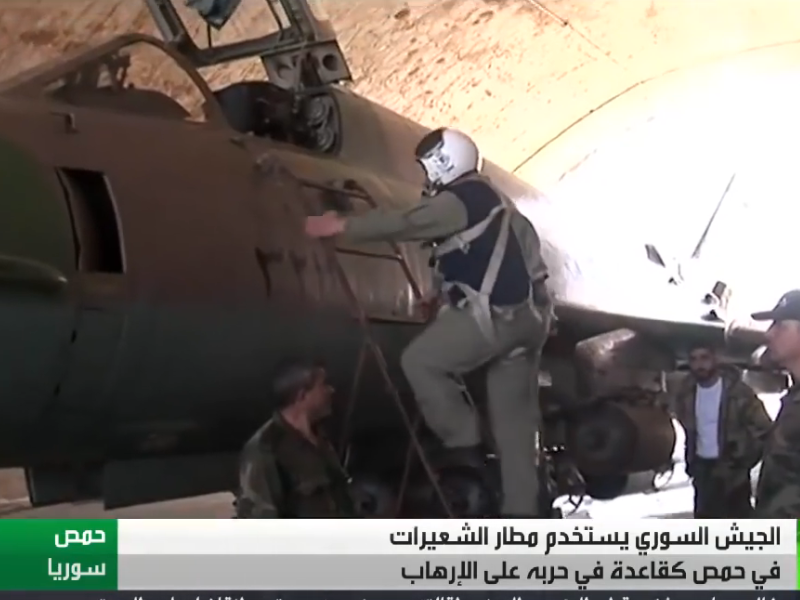 Well said. Give em some rust too!

What makes you think that. Sound and look of explosion doesn’t seem very specific to me.
The only thing noticable is that the bomb doesn’t look like any of the Russian bombs I have seen. It’s stubby, with protruding fins. Russian smaller ones are stubby but without protruding fins (e.g. OFAB 250), and bigger ones are not stubby (e.g. OFAB 500).
I belive it’s one of the domestically built bombs, which would indicate that it’s not thermobaric.

‘We will fight to the death’

Please, be our guests. Can we do anything to help? xD

Death to all militants
This is a gift from their God

I’ve been keenly awaiting the time when the SAA and Friends will finally get to eradicate these filthy Wahabbi orc mongrels from the face of this 3rd rock. It seems that my patience is about to be rewarded!!!

P.S Where can I pre-order my Idlib Liberation mechanise and campaign memorabilia? I’ve had my eye on a Wahabbi Skull drinking cup for a while now… or maybe an Jihadist-foot umbrella stand? Oh… its so hard to choose…

According to the WSJ, quoting unnamed US officials, Assad has already given the order to use chlorine gas. The US is going to attack it seems, all Syrians should be prepared.