On Sunday, the Syrian Arab Army (SAA) and Hezbollah officially met with the Iraqi Army and the Popular Mobilization Units (PMU) on the Syrian-Iraqi border near the newly liberated Akashat town in Iraq.

The SAA and Hezbollah deployed several special force and armoured units right on the border line with Iraq, according to Iraqi sources.

According to a report of the UK-based Al-Araby Al-Jadeed newspaper, officials from the Iraqi Army and the PMU met with officials of the SAA last month in Damascus and agreed to establish three joint positions on the Syrian-Iraqi border. The SAA and Hezbollah will likely attack al-Bukamal city advancing from the southern direction along the border line. The attack will likely be coordinated with the Iraqi forces advance on al-Qa’im city on the Iraqi side of the border. This joint attack will ease a battle against ISIS in this strategic area that allows to control the Deir Ezzor-Baghdad highway.

In a related development, the PMU media wing announced on Sunday that PMU military engineers are now building an airfield south of Qayyarah town south of Mosul. The airfield will be mostly used by Iraqi Air Force attack helicopters to support the upcoming operations towards al-Qa’im as well as Hawija located south of Kirkuk city.

Moreover, Deputy Chairman of the PMU, Abu Mahdi al-Muhandis, held a meeting with the Iraqi Joint Operation Command on Sunday to discuss the ongoing preparation for the “upcoming operations”, according to the PMU media wing.

An interview with a Syrian soldier on the border:

They will need the cooperation on some areas of attack and a few forces coming into attack would make the enemy balk at a fight as this would just be suicide to defend against. They will need joint attacks on Abu Kamal and al Qa’em regions to keep them from supporting each other.

This is great news no where to hide now :)

Have they taken T2 yet?

They made huge advances in North West Deir Ezzour though capturing 6 villages and the oilfields around them. They will be sealing this pocket around al-Maadan and then pick them off piecemeal.They lost 4 personnel clearing mines at Thayyem oilfields,and the SAA killed scores in a failed ISIS massive counter attack there.

It’s great to hear that SAA is advancing both east and west of the city.
It was reported that the ISIS attack on Thayyem was stopped solid.
SAA holds the high ground around Mt Turdah, their new firebase. :) 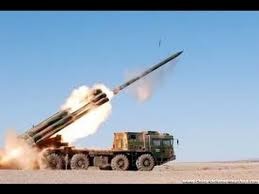 At long last the Iraqi army is involved!
Are they also making a move from Haditha dam along the river?
This would really put the screws to ISIS, a joint operation!
GOOD TO HEAR :)

Are these positions just to south of Euphrates valley, as in ultimate SAA right hook up both banks from SE to NW?

Taking Al Qaim and Al Bukamal may take some time.
But the Iraqi 7th armored division with support can do some serious damage to ISIS in Anbar province. This is the SAA open right flank along the border.
A TEAM EFFORT WOULD BE GREAT! :)

They both use newer tanks , the SAA has some T-90s on the border, but hopefully the build up in the South in the Jawlan(Golan) with the FSA terrorists and Al Qaeda groups. They could be stirring up trouble as Israel and riling up the proxies, the commander of the US backed section 46 and 6 fighters defected to ISIS.

I saw the article about the 6 fighters defecting to ISIS. Perhaps their home was on the wrong side of the tracks, and they where unhappy with their cable service. Do they have the option of switching back later?

They seem to be acting on US orders since section 46 is possibly part of the agreement of De-escalation zone, and they were abandoned and ISIS was not.

Think ISIS has a Verizon package maybe that’s why, it’s 4G why would they switch back.

I wonder how long it will be until the US or Israel show their true colours and bomb these PMU and SAA fighters on their borders!

The world needs to see these snakes for who and what they are!

Their excuse “we cannot allow an Iranian transit route through to Syria and Lebanon”!

But in return the Kurds will have a border state with Iran!

it was the anniversary?
Wow, thats pretty amazing!

This is great news! Now Daeshnuts are in the nutcracker!!!

Been waiting for this for a long time. With Syrians and Iraqis cooperating (no doubt Russia brokered the deal) the riot act has been read out to the Daeshbags but also help to deal with future enemies on the other side of the Euphrates.

Its too bad that its come down to this where a battle with Kurds is likely. They were instrumental in giving the Daesh a bloody nose but they made the mistake of making a deal with the United States.

I believe Russians still have that Command HQ near the Green Zone in Baghdad.

I wouldn’t put too much hope in the Iraqi army. A declaration of independence in Kurdistan together with Kurds annexing Kirkuk, would pull all Iraqi forces back and away from alQaim.

When Hezb and SAA would march on al Bukamal by its own fleeing ISIS fighters could overwhelm Iraq in this area again. That’ s why Iraq will join the ops. Now ISIS is concentrated there in Al Qaim and al Bukamal and “visually” under control. Heavy to deal with will be the support of the citizens for ISIS in this region. Means, do not trust an old man sitting in front of his house or others.

So the civilian population is very supportive of ISIS?
What about that Shaitat tribe?

The sunni Shaitat tribe is loyal to SAA and even shia militias backed from Iran. In 2014 ISIS murdered some 500 to 700 tribesmen. That they won’ t forget. But I estimate a pro ISIS civilian population of about 100k in the whole region of al Bukamal/al Qaim.

Very nice news to hear at last, joint forces between SAA and Iraqi PMU’s, This should be good, Daesh are more and more fucked, I say that to the end of this year there will be no more Daesh in Syria and Iraq, but another problem is on the way after defeating Daesh, the Kurds want all that land that they took and liberated.Syria and IRAQ also says that will liberate the whole country from any aggressor on their soil specifying the Kurds.

Better: SAA and Iraqi Army so as Hezbollah and PMU :-)

In some sense the march forward will be harder, the enemy can make their own fortifications, but then again, the battle line is much clearer and makes the forward momentum much easier, anything moving in front of you is an enemy.

The whys and who’s I leave to others, but I think the consensus build up right now about an focus of the Arab people in general, because They where not the problem, others made it, like the UK for century’s, member ww1 about pipe lines to Germany from Baghdad, anyone, the real reason for that war, is the same as we have to day, an century later.
And somehow Muslims got the blame, anyone saying anything, and I mean anything other than that is an f…. liar, period.
Unify and kick the scums of this earth out, or hang em where you find them.
Its your duty, as humans.
And may the lord bless you in your fight against the devils spawns.

There were so many plans, I hope, wil be fullfilled and very soon.