On Saturday, Syrian Air Force warplanes carried out a series of airstrikes on militant positions in the vicinity of Zamaleka Bridge and in Wadi Ayn Tarma.

A video showed yesterday the use of an ATGM by Faylaq al-Rahman in Jobar district. The missile is believed to be a TOW was used against a bulldozer of the Syrian Army.

It seems that some side succeeded in smuggling these missiles to the eastern Damascus area besieged by the Syrian Army. It’s worth mentioning that Faylaq al-Rahman is one of the allies of Hay’at Tahrir al-Sham in Eastern Ghouta.

Jobar district and Ayn Tarma are the biggest threat to the capital Damascus. Jaish al-Islam, HTS and Faylaq al-Rahman have launched several attacks on the Syrian capital from these areaas. Militant groups also fire mortar shells at civilian areas in Damascus permanently from Jobar and Ayn Tarma.

More US terrorist amateur dramatics if what you say is correct.

I thought the White Helmets would do their false flag chemical attack in Daraa, not E Ghouta.

As expected.. IMO ASSAD has lost total controll of his army and they are fighting from emotions rather then duty. I reckon they lost alot but using chemical due to emotional anger/sadness which can jeopardize ASSAD as awhole. Bunch of ragtag militias

Words on the streets has that the Regime got massacred in Ain tarma and lost 170 + 12 highly ranked officers not least but last a bunch tanks about 17 or something. I said previously that Jobar was going to be a D-day type and it did as I predicted. Guess what the remaining emotional SAA did…………………………………. Yep Chemical attack —-> Sarin Gas

This is pix of PORKY in the Mountains: 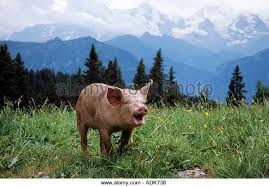 Wilbur is that you !

You will keep getting wrecked, no worries

From the goats mouth.. don’t overstate your sources, because this i what they said: ”

More than five members of the
Assad forces were killed this morning Thursday, including high-ranking
officers, following heavy clashes with the FSA in the vicinity of Ain
Tarma in rural Damascus.

The clashes came after the regime’s
attempt to advance towards the town, in concurrence with heavy artillery
shelling that was exchanged between both sides, in which the FSA was
able to block the offensive.

The foreign militia backing the Assad
forces, have bombed both the towns of Douma and Harasta, and Ain Tarma
in Eastern Ghouta with heavy artillery shells, and anti-ballistic
missiles, which resulted in injuring dozens of civilians.

Heavy clashes took place between the FSA
and the regime in the vicinity of the Jobar neighborhood in east
Damascus, which coincided with heavy artillery shelling.

The regime forces have tried more than
once to attack the town of Ain Tarma in Eastern Ghouta, but the FSA
successfully blocked the attack.
“

Never overstate a story because no one believes terrorists, there is no such thing as a jihad since it was banned 94 years ago . They are plain and simple terrorists and should be hunted like the animals they are .