The Syrian Air Force has pounded militant groups in the villages of Lahaiya, Ma’arkabeh and villages in the Hama province on Tuesday. 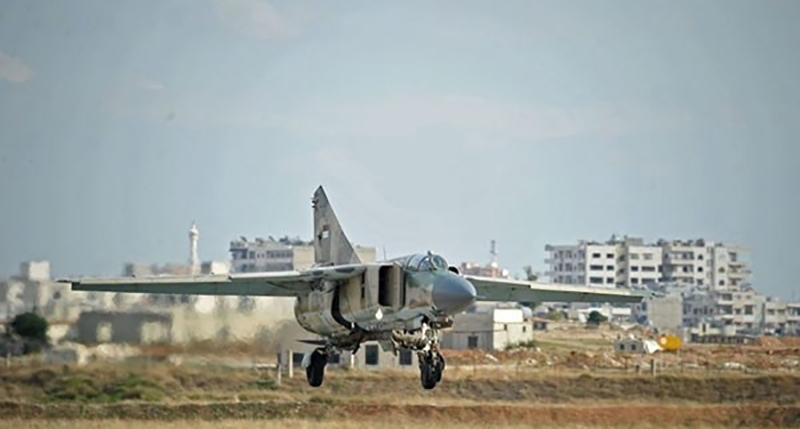 The pro-government sources aregue that numerous numbers of Jeish al-Fatah militants were killed or wounded when their positions in the villages of Lahaiya, Ma’arkabeh and Skeik were targeted by the Syrian warplanes.

The Syrian Air Force’s activity in Hama province is related to the Syrian Arab Amry’s military operations which are going there. The SAA and its allies are advancing on the town of Morek. It’ stronghold of the Jund al-Aqsa terrorist group.

These developments mark an important changes in the Syrian Air Force’s capacity to conduct air raids across the country.  The growing activity of the Syrian warplanes is possible only due to the Russian technical assistance. Thus, we could see unevident resuls of the Russian presence in Syria.