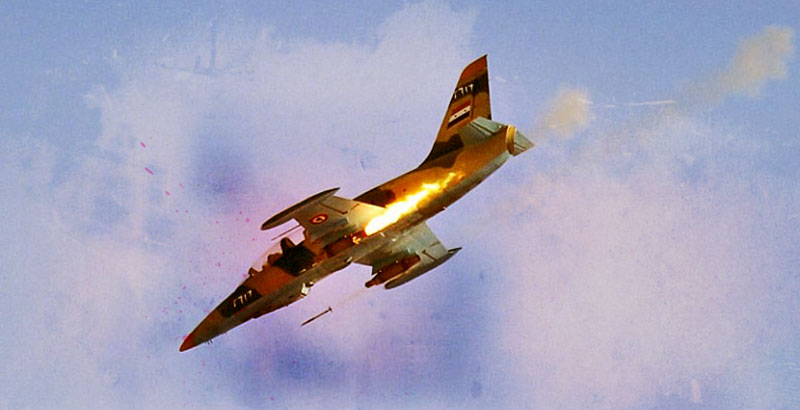 Terrorist-held regions in eastern Deir ez-Zor and northwestern Idlib provinces were heavily struck by the Syrian Air Force. As result, the terrorists’ movements were slowed down.

Terrorists’ centers in Saraqib in southeastern Idlib were bombed by Syrian fighter jets, while their gatherings in Skeik in the southern parts of the province were targeted by Syrian helicopters.

In addition, Syrian warplanes struck defense lines of the Islamic State (IS) terrorist group near the al-Thardah mountain, the Deir ez-Zor airbase and at the Southern entrance to the city of Deir ez-Zor.

At the same time, terrorists’ concentration centers were shelled by Syrian troops in Ein al-Hour, al-Tafahiyeh, Tal al-Ghazal, and Kabani in northeastern Latakia.