The reports argue that a Syrian Air Force warplane used a R-23 air-to-air missile to down a Selex ES Falco UAV near the Jordanian border in the Syrian province of Daraa. Earlier this month, a Jordanian Selex ES Falco UAV was spotted over the city of Daraa where government forces were clashing with a coalition of the militant groups led by Hayat Tahrir al-Sham. Some Syrian experts suggested that Jordan used it to provide intelligence to terrorists.

An alleged photo of the vestiges of the R-23 missile: what on earth do the jordanians want in Syria?

They work on behalf of the US/Israel/Saudi axis. They’re forced to help, also Arabs backstab other arabs constantly. Its actually quite sad…

Yes it is. Arab leadership have sold out their people and lands , resources. But have no fear, the rising Shiite crescent will take care of business and bring justice and retribution to those whom sow discord among Muslims.

As in the Shia militias murdering the Sunni civilians trying to flee from Al Fallujah ? You are a very sick person and should be returned to your home land in Lybia, where the Arabs kill themselvs over nothing.

you should pulled your head out of your anus.. then you’ll see thing clearly.. Arabs are still Arabs.. just as europeans..! just what the hell are the europeans doing there in Arabs region..? Looting &grabbing what they can while mass murdering the innocents..? STFO..

And you believe that shit , White Helmets have some videos you will love .

Jordan does what its told to do by the US,Britain and Israel.

Jordan,Turkey,Saudi Arabia,Emirate,Kuwait,Qatar with the help of USA/Nato want to make Middle East Shunni only dominated world.

Indeed! They are all backing the jihadist head-choppers! Let us hope and pray they are all defeated.

The Jordanian dictator seems more to me of an Atheist who wishes to harm all Monotheist in the region.
He seems to me to work for his Atheist employers headquartered in atheist-Tel-Aviv.
http://realjewnews.com/

He works with / for the UK.

What do you expect from a half jooz..?

No..it’s not about dominated sunni…it’s all about wahbabism (Babi=Swine in my language) ideology to conquer the ME for their master in the huge squatter lands that belongs to Palestine

Remember golan hights, Israeli anext it. Jordanian would like a piece of action too. Of course they can only if they have BALLS.

When the Wahhabi jihadists are gone from Syria , Israel will make a deal with Syria , give back the Golan Heights , on a share of the oil under it .
It is a massive oil strata , they will both be rich .

Rudiger Preiss , you and Real Anti-Racist Action , may be right .
But the Goyim thinking , is old thinking , and reality does change .
L.J. Rothschild is in his late ninety’s , when he’s gone his son or daughter , just might like the idea . Nothing is set in stone , if we shake our minds out of it .

Why would Israel make a deal with Goyim? The Jewish teaching is that Goyim are not worthy to be treated as Humans, and must be cheated enslaved and robbed.
Israel seeks to expand into the rest of the Golan, not shrink back, but to advance deeper into Goyims home lands.
http://realjewnews.com/

Here, right from the horses mouth :

“OUR RACE IS THE MASTER RACE. WE ARE DIVINE GODS ON THIS PLANET. WE ARE AS DIFFERENT FROM THE INFERIOR RACES AS THEY ARE FROM INSECTS. IN FACT, COMPARED TO OUR RACE, OTHER RACES ARE BEASTS AND ANIMALS, CATTLE AT BEST. OTHER RACES ARE CONSIDERED AS HUMAN EXCREMENT. OUR DESTINY IS TO RULE OVER THE INFERIOR RACES. OUR EARTHLY KINGDOM WILL BE RULED BY OUR LEADER WITH A ROD OF IRON. THE MASSES WILL LICK OUR FEET AND SERVE US AS OUR SLAVES.”

@hisham saber; Come on fella!! David Ben Gurion was Israel’s first PM. Also, in fairness, that quote you assign to Begin has never been shown to be his. In fact, it has never been traced to any legitimate source, if I could put it that way.

Why would it be in doubt, its straight from the Talmud. 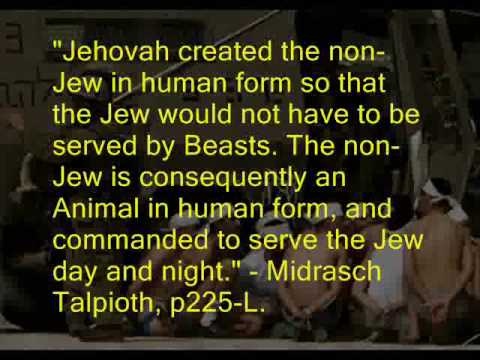 Or Syria could just engage in slant drilling ;)

Bob, Bob, so good, I name you twice – I have said the same thing on numerous occasions (although I called it horizontal drilling).

Would you share half @ quarter @ an inch of your house with intruder/s..? I bet the wahbabi scums would happily sharing their wives for it.. Lol..

Oh, they have balls but unfortunately those of mice, just like Britain, France, USI (United States of Israel–the lot of them . . sad, isn’t it, the way they use and play with people’s lives . . .

Jordan just can’t get it right, its biggest trade partner was Iraq and other than the port on the Red Sea that has access to Sea of Aden for trade it has no oil at all. Just a couple of minerals maybe phosphate to trade. Neither Iraq nor Syria will forget Jordan’s support of it’s enemies, the worm will turn and just possibly the washbasin will be flushed into Jordan through Eastern Syria and South West Iraq.

After Israel’s support of the Wahhabi Jordan’s border with the West Bank and Israel maybe the karma so deserved to them both. The Golan Heights will be taken and returned to its rightful citizens, no sharing of Syria’s resources in the future.

Syria will be totally free; so will Iraq, then the Golan heights . . . then the great prize–the lands of Palestine and Gaza. The Russians really know what they are doing, and now, too, so do the Syrians and the Iraqis–they are magnificent fighters as with Hezbullah . . . Tremble O’ Israel, you have much reason to.

Beautifully said. The writing is indeed on the wall for the Zionist entity.

Jordanian leadership are simply weak pawns of the US/CIA.

ISIS are being getting F*kked regularely by brave KURDS and Hezbollah. They are at their last stage of existing.