The Syrian Air Force has destroyed a long convoy of the Islamic State (IS) terrorist group in the eastern province of Deir ez-Zor. 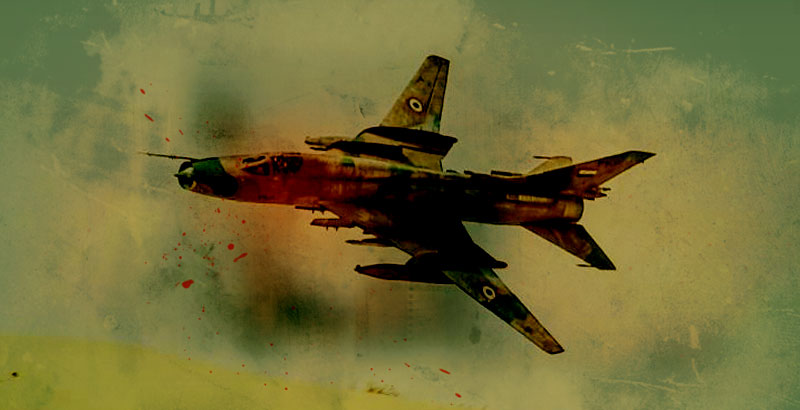 A long convoy of the Islamic State (IS) terrorist group, consisting of nine military vehicles, was targeted and destroyed by the Syrian Air Force in the eastern province of Deir ez-Zor. Reportedly, the convoy came from Iraq and was moving on the al-Mayadeen-Thayem highway, carrying a large number of IS suicide fighters and their commander, Frenchman Abou Aisha Marsillia.

As a result, several vehicles were destroyed with terrorists, who were inside them, including their commander, while others managed to escape from the air raid, as they turned their vehicles to the direction of a canyon, located to the east from a local power station. Later, Syrian fighter jets also bombed terrorists, escaped to the station, and destroyed all the remaining vehicles, killing all militants.

On Thursday, Syrian troops also defeated plans of terrorists to attack the two main airfields in Deir ez-Zor. IS militants suffered heavy losses. Syrian fighter jets pounded terrorists, stationed near the Deir ez-Zor airport, while they were preparing for an offensive on Syrian units, deployed in the premises of the airport.

Terrorists’ positions in the districts of al-Rashidiya, al-Huweiqa and al-Hamidiyeh in Deir ez-Zor, as well as their gatherings in Panorama, located west of Deir ez-Zor, were also bombed by the Syrian Air Force on the same day. A number of terrorists were killed and wounded, while their military hardware was destroyed.

Several airstrikes were also carried by Syrian aircraft on positions of the IS terrorists in al-Hosseiniyeh and Hatla in eastern Deir ez-Zor, as well as in Jabal al-Tharda and al-Jafreh, located south of eastern Deir ez-Zor province. Several militants lost their lives during the airstrikes, which also destroyed their military equipment.

Quick and to the point: Syrian Air Force = DEAD TERRORISTS.

ISIS/USA used the Palmyra chaos to sneak in thru the back gate? Pour a shot of disappointment. ….and make it a double

Guess the Plastic Obama on the truck dashboard didn’t work in Der Ezzor .

seal off other cities and bomb Hasaka,Raqqa and Alepo Let full might of Iran comes in with fighter jets and artillery and it will be game over.