The Syrian Air Force destroyed one of the most important bases of the Jabhat Fateh al-Sham terrorist group in northern Daraa, killing at least 45 members of the group. 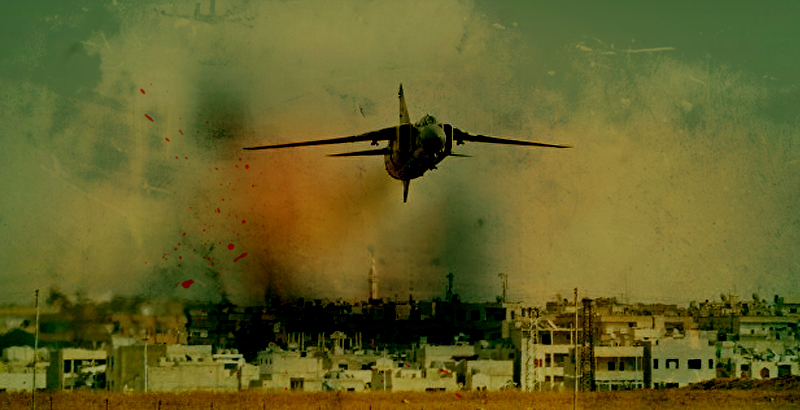 One of the most important bases of the Jabhat Fateh al-Sham (previously known as the al-Nusra Front) terrorist group, located to the west of Dael town in northern Daraa, was targeted by the Syrian Air Force. As a result, the base and all military equipment of terrorists were destroyed, as well as at least 45 members of the group were killed.

After the liberation of the strategic town of Sheikh Meskeen, the Syrian government and militants in the towns of Dael and Ibtta, located in the southern side of Sheikh Meskeen, signed a preliminary agreement in order to prepare the groundwork for handing over territories, controlled by militants, to Damascus without armed clashes. However, divisive among militant groups pushed them to abandon the agreement that in its turn, made Syrian troops to restart their military operation in the region.

Earlier this month, military sources disclosed that the Syrian Army gave militants the last throw of the dice to leave Mahaja town in connection with their continuing violations of the ceasefire in the region. Otherwise the country’s armed forces warned militants that they will storm their positions from different directions.

The town of Mahaja was a part of the peace plan, but militant groups launched repeated attacks on army bases, violating the truce.

It looks like that militarly commant on Syria army is getting better, and soldiers are getting also better. It has been ashem for them to run any time the terrorist attacked them.

Kill the goat fuckers… all of them.