Submited via Within Syria blog

Syrian Acquisition of Pantsir S-1 air-defense systems (SA-22 Greyhound) is a well-known fact today thanks to the few pictures taken during the current war. But as we all know, Syria was never this open about its inventory, and for years before the war, everyone with the least interest in the Syrian military knew about the news of Syrian interest in the Pantsir system. Today, we are going to have a look at the full story. 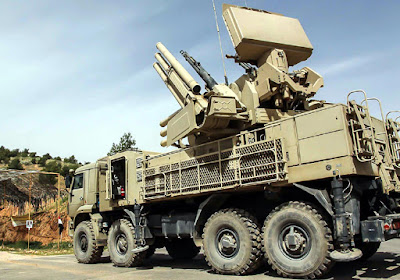 After Assad’s visit to Russia in 2005, news of new weapon deals between Syria and Russia took on the media worldwide, and kept resurfacing for years. One of those deals, is the 2006 Pantsir S1. It was a 2 stage bargain, Syria would receive 36 units, and afterwards, there were 14 optional units, estimated at $1 billion for the whole deal.

As expected, Israel staged a diplomatic war against the deal, supporting the effort with claims from media sources, like in the Jane’s Defence Weekly article that claimed those systems real destination was Iran (which was still under international sanctions and arms ban at the time), and that Syria is just playing an intermediary part in the deal. Other journalists and followers claimed the systems would end up in Hezbollah hands. Several Russian officials denied these claims.

Deliveries started before the first stages of the Syrian crisis in 2011 (some are reported back in 2007-2009). But by 2012 all 36 units were delivered. Judging by the delivery time, the systems are equipped with the UHF band, PESA target acquisition radars, with an up to 32km detection range. 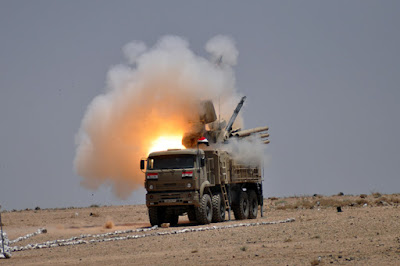 During the Russian intervention in Syria in 2016, Russia agreed to supply the second stage of the 2006 deal, especially after the rising tensions with Turkey and the few aerial incidents near the borders. These, unlike the first batch, were equipped with the more advanced AESA Target acquisition radars, with a range that can detect and track targets from 40km (wider ranges is reported, probably under ideal conditions), and a higher jamming resistance. 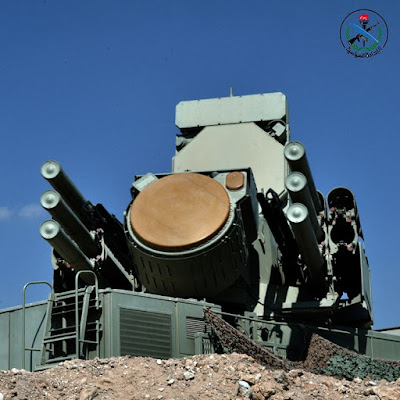 The older units were armed with 12  57E6-E short range SA missiles – export version -, with an average range of 20km ,we can confirm that all the older systems are armed with 12 from unofficial photos from the social media like this one . 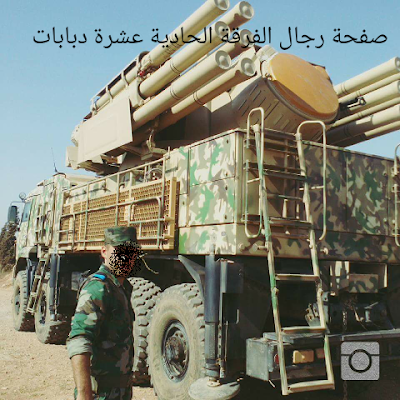 However, newer systems appeared in leaked pictures with 6 missiles only, which may mean that the newer systems have a new missile (or maybe at least a non-export Russian version). This is highly possible, if we take in consideration that Russia brought many arms into Syria with no intention to take them back (it would be easier and more efficient to sell the weapons to Syria, than to transport them back to Russia). 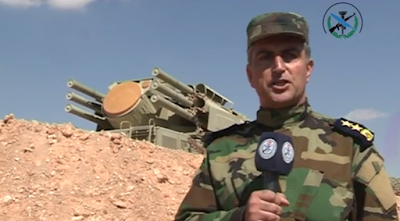 No detailed information is available regarding the operational history of the Syrian Pantsir S1 systems. But back in 2012, during the Turkish RF-4E incident on 22/01/2012, some sources reported that the fighter was shot down using the Pantsir S1 automatic guns, however no evidence was presented at the time ,just a video that confirm the use of an undefined automatic gun .

Another incident is the December 2014 Israeli strikes on AA batteries near Damascus, the aggressors used Popeye cruise missiles (probably fired from F-15 strike fighters), this time we are sure the Pantsir was behind the failed strike, the location, pictures, and local media reports all point at this fact, but again, no further details are available.

At the end, it was hard enough to find evidence of the systems’ existence in Syria, it only makes since that it is even harder to determine how well they do on the proving ground. But looking back at the 2006 Pantsir deal, we realize that it is one of few Sryian arms deals that were fulfilled despite the international pressure.

special thanks to my friend Kane

nice vids. Did not see them before.

Israel launches weekly bombing runs with absolute ease using F-15’s and F-16’s. Nothing to fear so far from Russian anti-air equipment. USSA bombs Syrian air bases killing more then 100 Syrian troops whom Russia swore to protect from USSA bombing, and yet no body seems to be fazed or worried about these anti-air systems. Till the day Israel looses a wing of attacking aircraft, no body will believe these are anything more then toys. http://realjewnews.com/

Thing is, Israel owns the US Congress. If the Russians or the Syrians start downing IDF birds chances are it will use its croonies in Congress for the US to intervene. Russia has gone a long way to not provoke the US into direct intervention against the Assad regime. It doesn’t want to rock the boat and if the price to pay is that some SAA or Hezbollah base in Southern Syria has to eat Israeli bombs then apparently so be it.

There is a lot to fear from Russian anti-air systems. Israel is painfully aware of the effects of those older Russian weapons during the 1973 Yom Kippur war. The Egyptians effectively created a firewall along it’s border, enabling the Egyptians to cross the Suez. Countless Israeli aircraft were lost attacking Syrian positions also. They only managed to overcome it by attacking through Jordanian airspace. Modern Russian anti-aircraft systems are arguably the best in the world..

All the best weaponsystems in the world mean squat if you have monkeys operating the controls. As Saudi Arabia proves all the time. And unless the Russians, Iranians and Hezbollah are commanding them directly the average SAA operator isn’t that much butter. There’s a reason why Israel fears that Hezbollah gets their hands on modern surface to air weapons systems. And why they used that excuse of Pantsir being handed over to them. They’re the only Arab army that isn’t rife with poor leadership and incompetency. If they did the skies over Lebanon would no longer be the IDF’s personal arena to play in.

The SAA did take down a Turkish F-4 Phantom in 2012, killing both the crew. But there is speculation that senior SAA command were very reluctant to use their existing missile stocks early in conflict – rather they wanted to keep them as deterrent and for serious use should any Libyan-style NATO air intervention have eventuated over Syria against SAA (prior to Russia’s intervention).

Yes, however those were not the same Israeli aircraft they use today. So it is very different. However, those 1960’s/70’s anti-air Russian systems were very effective against Israels 1940’s/50’s/60’s aircraft. Which is not saying much. Israel just declared months ago that not only is the Golan Heights now permanently theirs, but also that the whole of Golan belongs to them. Israel will be conquering more land from Syria and Lebanon within 5 years time. Then Egypt and Jordan will be next. Palestine has already been wiped out, and the world knows it. Holding onto scraps does not constitute an actual victory not a self sustaining country. http://ihr.org/

I see, so seeing as the IDF has nothing to worry about from these systems, we can predict that Israeli aircraft will stop firing Popeye missiles from Lebanon airspace, and return to direct bombing of Syrian targets over Syrian territory, is that correct? Otherwise, firing cruise missiles from non-syrian airspace does look like a counter measure against those toys you speak of, can you explain Israeli tactics otherwise?

Russia and Israel have tacit agreement. Russia is not interested in getting drawn into Hezbollah-Israeli conflict. So RuAF doesn’t stop the IAF bombing of Hezbollah warehouse in Syria, near Damascus/ Lebanese border, if is assumed missiles for transfer are located there. But it’s a conditional understanding, that no Hezbollah personnel are targeted in these attacks as they are needed by Russia on the ground. So far both sides have complied. The USAF led coalition air attack on Deir Azzor was completely different scenario – it was Pentagon both stabbing Kerry in back and breaking last US/Russian negotiated ceasefire in most blatant way possible.

Question1, did Isis really capture a Pantsir during the reconquest of Palmyra?

Question2, Before it was destroyed by American coalition bomber aircraft, did Isis manage to turn on the targeting radar?

I know SAMs have security measures of some sort, but if Isis defeated those systems, it could mean a US growler equipped aircraft received a fairly decent recording of Syrian air defense missile guidance emissions.

My speculations here assume collusion between US and Isis forces.