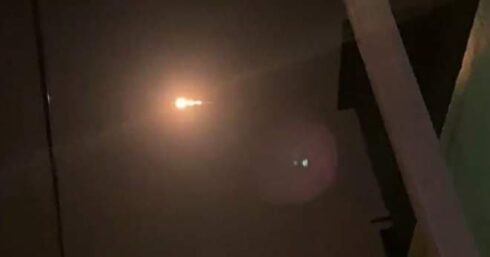 On November 8th, the Israeli Defence Forces (IDF) carried out an attack on south-western and central Syria. according to the Syrian Defence Ministry, the Israeli Air Force launched a series of missile strikes from Lebanese airspace.

According to the Syrian officials, the air defense systems in Tartus repelled the attack and shot down most of the missiles over the Homs province. However, 2 SAA soldiers were injured and material damage was reported as a result of the attack.

According to Lebanon’s National News Agency, a woman was injured and several houses were damaged in Hermel in northeastern Lebanon due to shrapnel from the interceptions of Israeli missiles by Syrian air defenses.

Initial reports by Syrian sources indicated that the strikes targeted locations near Homs in western Syria and Tartus on the coast. The exact targets were not revealed.

It may be supposed that the facilities near the Shayrat Airbase located near Homs could be targeted. Shayrat Airbase is well known as the point used by the Syrian Air Force to provide air cover for the government forces’ operations against al-Qaeda terrorists in Idlib. Russian attack helicopters also use it as a prestrike staging base. Over the past years, Israeli forces have repeatedly assisted al-Qaeda-linked militants in Syria by striking the country’s armed forces during ongoing important military developments. Tell Aviv is also increasingly concerned over the proliferation of Iranian-made surface-to-air missile systems in Syria, as well as the improvement of the SAA air defense.

could be better could be worse

Impressive that the SAA still manages to intercept a large number of IDF cruise missiles while being heavily jammed by their advanced EW systems. The delilalah has a radar cross section of 0.1 square meters yet can’t get past 80’s era SAM like Buk unless fired in large salvos.

The SyAAD has actually, despite rumors, completely repelled at least 2 IDF air attacks (intercepting 100% of their missiles). 1 happened earlier this year and last year. But in those strikes a small salvo of cruise missiles were sent.

To overcome this IDF launch 10-20 missiles per target in the hopes just 1 or 2 make it.

SyAAD needs AESA anti-stealth early warning/acquisition radars to better cue their Pantsir, BUK systems. They had only 1 static JY-27 but it was destroyed since it proved to be a pain in the ass for the Zionists and was a sitting duck. 5-10 of these systems (mobile) would greatly enhance Syrian AD SHORAD systems.

Their aa defence number are too small to sufficiently cover large area and in the past some got destroyed while reloading, if they could acquire appropriate number of shorad, medium, and long aa defence it will good enough to be constantly 100% success against israeli missile attack

No need for S-300. Good old soviet made S-200 is doing a tremendous job at handling zionists missiles