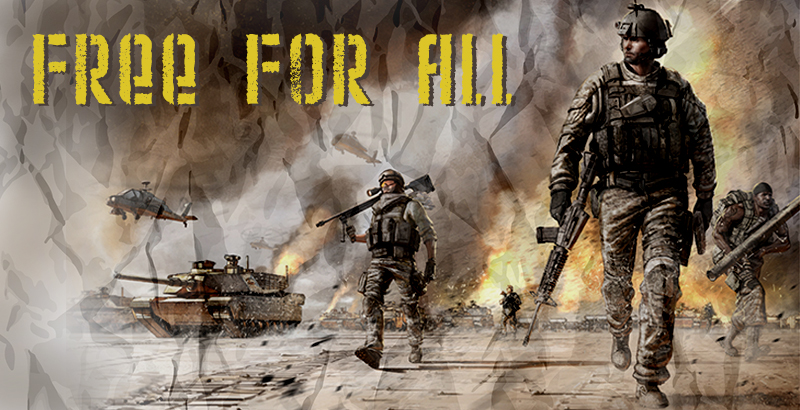 Written exclusively for SouthFront by J.Hawk

This might sound like an exaggeration, but the conflict in Syria is a free-for-all, with very few genuine alliances. Nearly all the participants have a shared interest of some sort with nearly all of the other participants. At the same time, there also exist major disagreements and even conflicts among them, so that no two actors can be regarded as reliable allies. This state of affairs creates considerable opportunities for Russia to play a constructive role in solving the problems created by the US and some of its clients.

A fading hegemonic power, it has managed to undermine its relationship with the EU due to the Ukraine crisis and now the Middle East refugee crisis that is being blamed squarely on US policies and which the US is plainly refusing to address.

US and Turkey might be allies too, but Turkey is clearly pursuing its own foreign policy whose focus involves the suppression one of the major beneficiaries of US invasion of Iraq, namely the Kurds.

US and Iran remain at odds, in spite of the Iranian nuclear deal which does not seem to have brought about a significant change in the relationship.

Israel might want to see the Assad regime go and be replaced by a stronger Sunni presence in Syria in order to sever the Hezbollah-Iran connection, which explains why Israel seems utterly unconcerned about the Islamic State (which in turn is kind enough not to demand “death to Israel!”). But the US-Iran nuclear deal has damaged the relations with the US to a significant degree.

US continues to view Russia as a competitor and even as a target of its expansionistic plans, and yet it is clear that the US is incapable of carrying out its policies to a successful conclusion anywhere in the world, not in Ukraine, not in the Middle East, not in Afghanistan. And that in the absence (except in Ukraine) of active Russian countervailing efforts.

The EU has become something of a “sick man of Europe” (and, by extension, the rest of the world). It is a de-facto US military protectorate, incapable of affecting events in the states around its periphery, yet it is resentful at the US inability and/or unwillingness to deal with the refugee crisis and its destructive meddling in Ukraine (hence the US-free Normandy Four and Minsk formats).

Likewise EU’s relationship with Turkey is strained due to the latter’s desire to pressure the EU by opening the refugee floodgates presumably in the hopes of supporting Turkey’s own designs on the region.

The sanctions war with Russia is another problem for the EU, yet it is Russia which is most likely to take EU’s concerns and interests into account, more so than the US or Turkey.

This country is stuck in a two-front land war in both Syria and Yemen which is going badly on both fronts and which is straining the country’s budget. The budget is also being hammered by another two-front war, the oil price one, against both Russia and the US. And Saudi Arabia is considerably more dependent on oil revenue than the US or even Russia, even though its oil is by far the cheapest to extract. Its main concern is to establish itself as the regional hegemon, folding the Gulf States under its wing and isolating Iran. Syria is of interest because it would break the Lebanon-Iraq-Iran Shia belt and provide access for pipelines to Turkey and then Europe that would compete with Russian natural gas supplies. However, considering that many Gulf States maintain their own proxy armies in Syria which compete with Saudi Arabia, the Saudi level of control over the region is far from total.

Its economy is also considerable trouble, and the country is trying to position itself as the gateway between Europe and the Middle East. For that reason it is somewhat interested in heating up the Ukraine crisis, but only to the point that Russian pipelines run through Turkey as opposed to Ukraine. If joined by similar pipelines from the Middle East, Turkey becomes Europe’s energy hub.

Secondly, Turkey’s big regional concern are the Kurds, which incidentally pits them against the US who have historically favored them against the Sunni and even the Shia, to the point of (partially) arming them in the Syria conflict. Which only resulted in Turkish airstrikes on the US-armed Kurds.

Its current main and, really, only international concern is Iran and its support for Hezbollah which in turn controls major parts of Lebanon and is capable of existing Israeli military advances. It makes it a de-facto ally of Saudi Arabia. Its relations with Turkey are more strained, and even the relationship with the US does not appear as cordial as it once was.

Russia’s biggest opportunity resides in US weakness or, specifically, its inability to fulfill the role of the hegemonic (or maybe imperial) power capable of controlling its vassals and clients and resolving conflicts among them. Syria revealed the conflicts and contradictions among them in far greater relief than Ukraine, if only because the conflicts are more fundamental and the number of actors involved greater.  The conflicting interests of the major players and the US inability to resolve these conflicts that has been made evident by the Syria conflict likewise illustrates while “isolating Russia” was always a fool’s errand. Russia not simply too important an actor to isolate, it offers to provide that which the US has been failing to provide in the last decade. Even some of the closer US clients are beginning to lose confidence in the US ability to maintain order in the Middle East and therefore might view Russia as, if not a substitute, then at least a supplement to US influence.

When it comes to taking advantage of the fragmenting Pax Americana, (which might be more appropriately called Bellum Americanum, as it is war, not peace, that the US is promoting) Russia’s “best bets” are EU and Iran. The EU badly wants the refugee crisis to end and therefore might jump on whatever conflict resolution that Russia comes up with. EU’s willingness to chart a course separate from the US was already evident during the Minsk Accords, and it is likely to become even more so in the future. The EU is also interested in a better relationship with Iran, with Russia being ideally positioned to bring them together. Moreover, the Russia-Syria-Iraq-Iran alliance which appears to be emerging represents the best hope for Europe’s not only energy security but also plain security from instability fomented by US policies.

Turkey and Israel are likely to be less susceptible to Russian approaches, though even there is potential for progress. Israel simply has to be convinced that Russia represents a better option for Israel, when it comes to influencing Iranian actions, than the clumsy and ineffectual US with its provocative policies. Turkey will require its cut of the oil/gas action, it does not care as much where the gas comes from, though Erdogan might be resistant to the idea of Russia having influence over so much of the energy transiting through Turkey.  The cooperation between Russia, Syria, Iraq, and Iran, which (aside from Russia) happen to be the main countries where Kurds reside also should make it easier to address Turkey’s concern about its own “Kurdish problem.”

US, Saudi Arabia, and the Gulf States are the hard cases. The US is simply not ready to treat Russia as an equal partner, though at the same time it also proved unwilling to risk a military confrontation–not in Ukraine, not in Syria. Clearly impressed with Russia’s power, it might be persuaded to achieve a “sphere of influence” agreement with Russia which would also conveniently address the issue of Ukraine. Saudi Arabia and the Gulf Arab states would be the big losers, and it’s difficult to see how it could be otherwise–Russia is not going to sacrifice its relations with Iran for the sake of Saudi Arabia. Therefore the Saudis might have to content themselves with being energy suppliers to North America, while leaving Europe to Russia, Iran, and Iraq.

Can it work? There is no reason why it shouldn’t. Russia’s stock has risen enormously in recent days. It has proven to be a power to be reckoned with, as it combines political restraint and decisiveness with an understanding how to properly apply military force. That makes it a very credible ally and protector, in contrast to the erratic and incompetent US policy that has left everyone dissatisfied. One thing is certain: Sergey Lavrov has his work cut out for him!