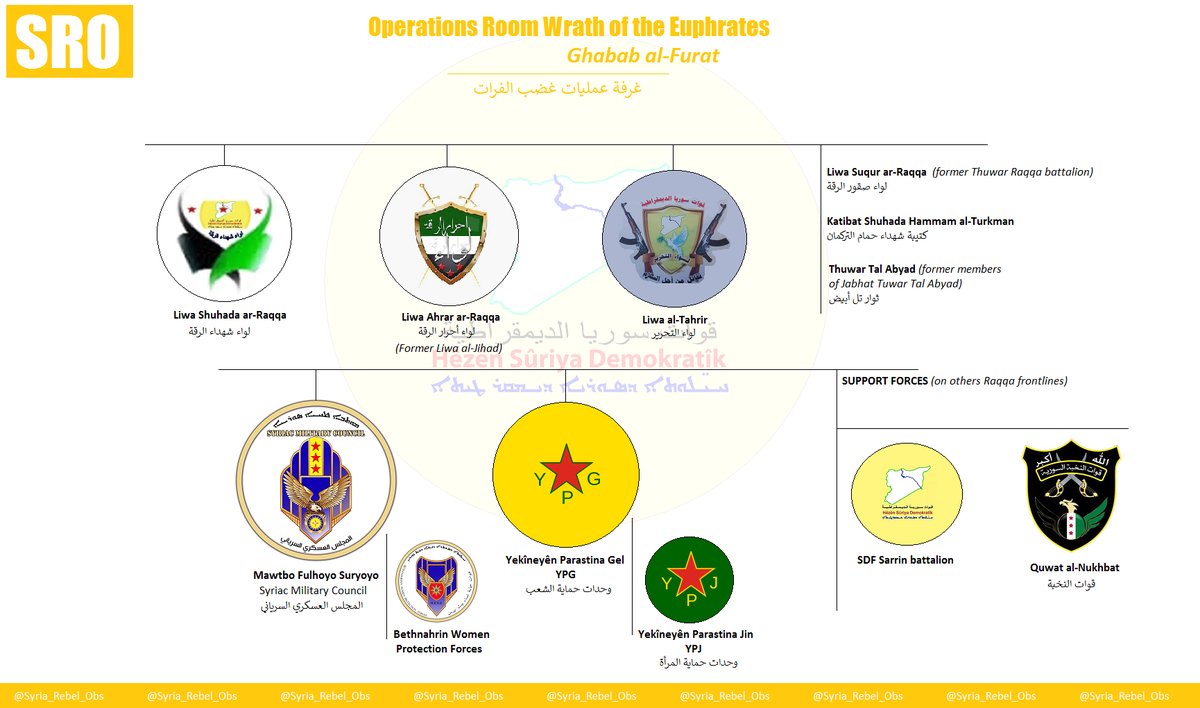 Kurdish People’s Protection Units (YPG) fighters embed with US troops have been continuing the operation against ISIS terrorist group north of Raqqa. They anti-ISIS forces  seized 3 villages without facing a significant resistance from ISIS. 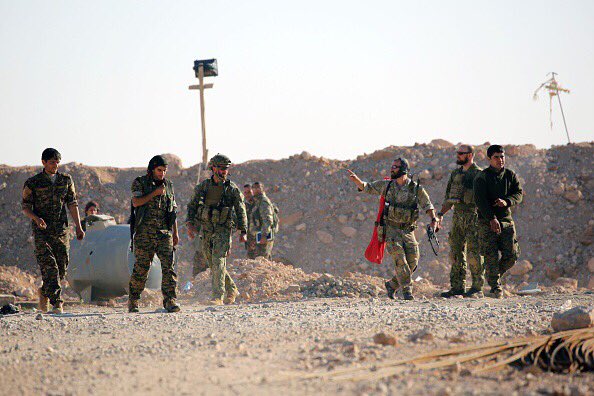 Even pro-US sources recognize that the Kurdish YPG is the main striking force of the SDF. However, they aruge that a 15,000-strong Liwa Thuwar Raqqa force consisting of mainly Arabs will joint the battle when “it’s needed”. Now, Liwa Thuwar Raqqa battlations are allegedly passing a training in the US military camps at the Syrian-Turkish border. These claims cannot be verified and look as a PR move to hide the leading role of Kurdish forces in the operation. 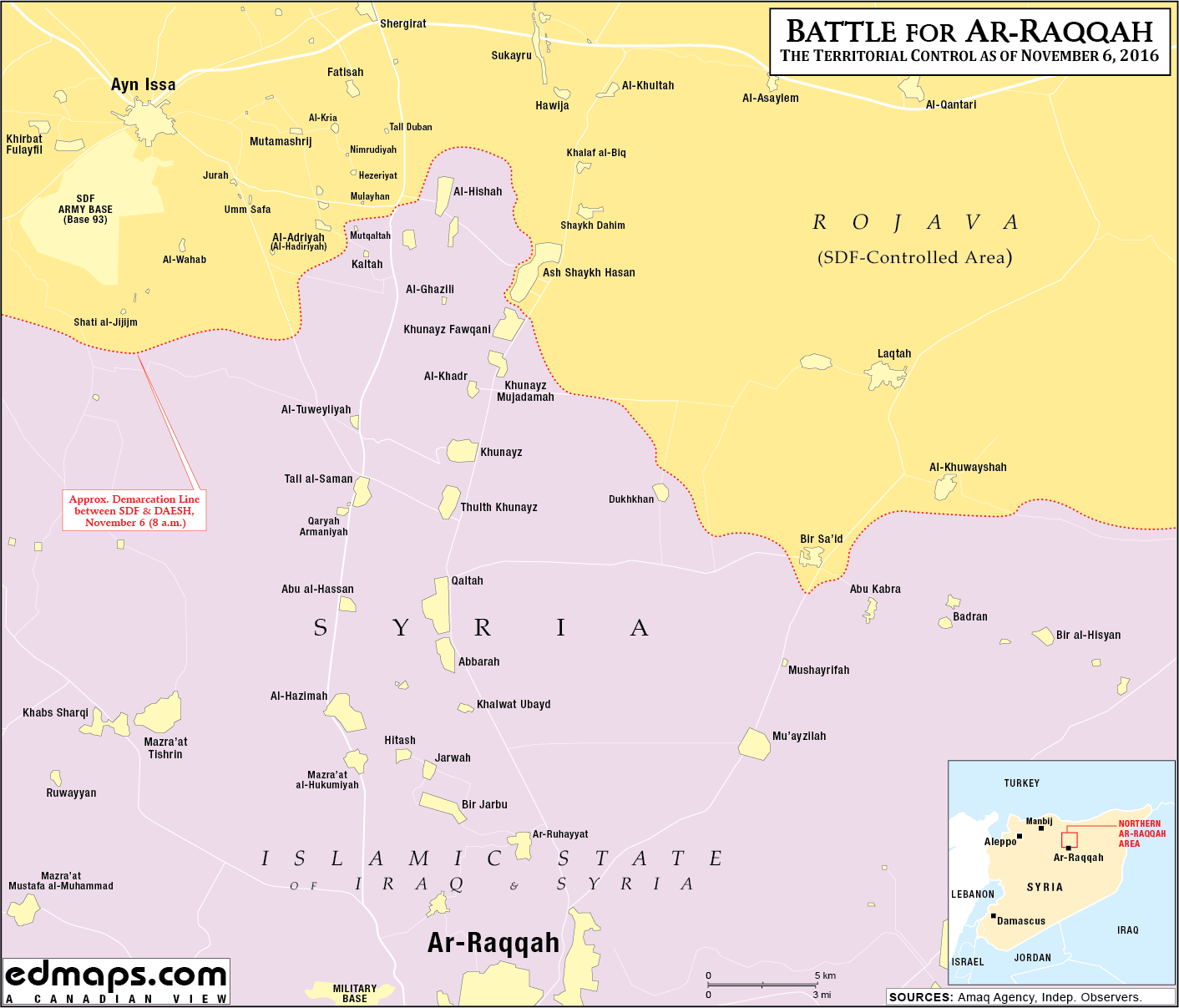 More photos of US troops involved in the operation: 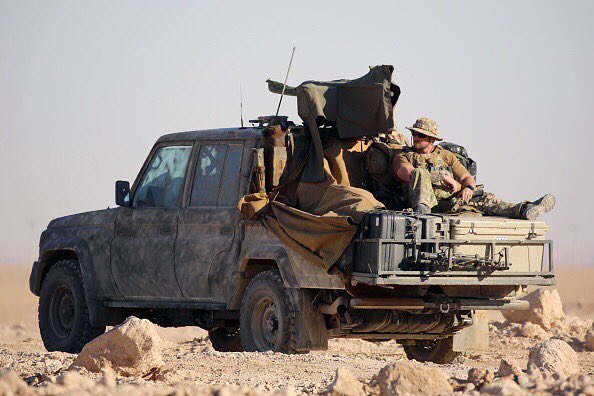 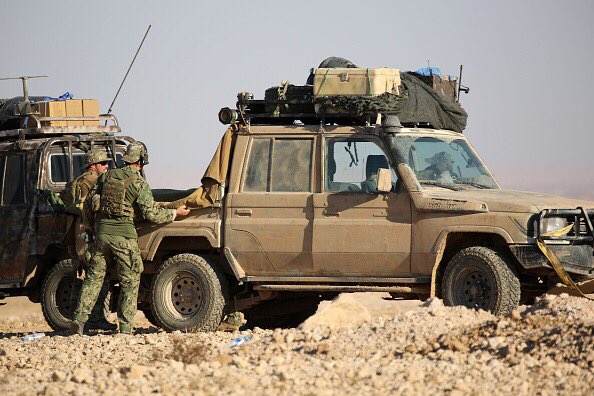 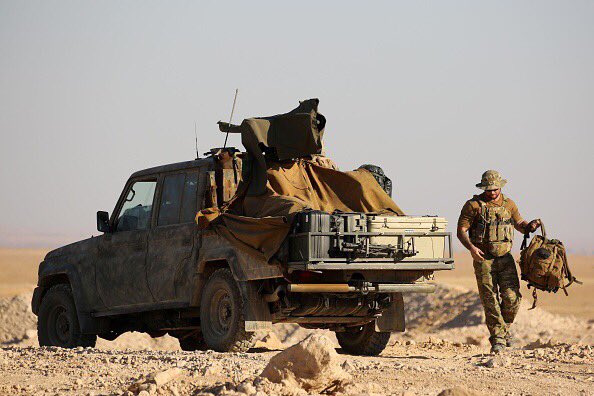 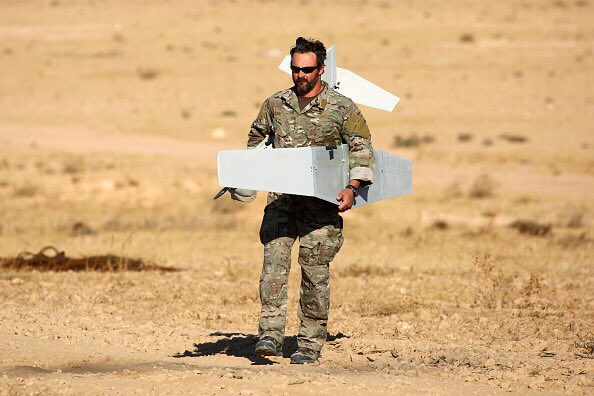 This push on Ar Raqqah from the north , clearly shows the exposure of Dayr az Zawr to redeploying ISIS units , as Raqqah falls .

nobody talks about the great danger of getting rid of IS. IS is the buffer zone between russia and the US. without IS in syria, russia and US could bump to eachother. without IS, the syrian government and the kurds are much more likely to have a conflict getting started.

i don’t understand alll the pro-kurdish atmosphere around here. how come you laugh at and spit at the FSA, IS concept but not to SDF.

if IS is gone, the tension between russia and the US will rise to the highest level, because of the kurds. do you have any idea what the kurds were demanding to the syrian government? they demanded that the nation must change it’s name. from syrian arab republic to syrian republic. yes they really demanded this for further negotiation between them. how ignorant, selfish and arrogant. i don’t understand how you are all supporting the kurds when they are obviously another israel-US proxi in that region. is that not a double standard???

if the bump pushes out the Us from syria its okay! they dont have any legal bases to stay in syria in the first place and after isis is gone, they donthave any bases based on their own lie to fight isis!

“do you have any idea what the kurds were demanding to the syrian government? they demanded that the nation must change it’s name. from syrian arab republic to syrian republic. yes they really demanded this for further negotiation between them. how ignorant, selfish and arrogant.” You mad? haha How is that selfish? If Syria agrees to be a country that accepts all of it’s citizens then why would it be a problem to remove the word “Arab”? Why would you except that a non-Arab entity would love a country that in it’s name says it’s an Arab country, that word in the name makes it a bit sounding like all non-Arabic citizens are some sort of foreigners. It’s like when Israel says it “accepts and respects all the rights of Palestinians” but then it’s a JEWISH STATE (and doesn’t respect much of anything non-zionist)! Just imagine the UK (of Great Britain and Northern Ireland) was called just Kingdom of England, and then Scotland and Wales and occupied Ireland demanding the change of the name to make it more inclusive. and then you running in here and saying “OH THE NERVE OF THOSE GREEDY, ARROGANT AND IGNORANT SCOTS AND IRISH HOW DARE THEY TO NOT WANT TO LIVE IN AN ENGLISH STATE!?” See the blatantly simple logic (of why you are wrong)? You obviously don’t spare much thought to the suffering of Syrians under ISIS in your analysis of what should or should not be…

simple way of thinking. the comparison you made does that really fit the subject? are you really that simple minded?

since when were kurds being chased, killed, spited by the syrian government??? do you know history at all? do you know kurds took part in the armenian genocide in turkey? do you have any idea how many kurds live in syria and how it’s population ratio is with the non-kurds living in the same area like kurds? so it’s totallly ok with you to create a sceond israel or kosovo? so you support the FSA and moderate opposition concept? why not? the very same people made up that idea of a FSA, moderate opposition and SDF. so you only support SDF but not FSA and moderate opposition?? how come? could you create an answer wihtout being double standard?

i don’t even want to mention your silly childish comparisons, sorry but just not worth my effort and time. you just don’t get the bigger picture. you behave like you know better but the reality is that you naive or simple.

i don’t know where you are from but let’s say you are from russia. i would hope chechen will get their own right for diplomacy and their own rigfht to operate their military. and in the future they should be granted independence. just look at what’s happening in the federal kurdish state in iraq. how much control do you think the iraqi government has over that federal kurdish state?

you are not only ignorant but also apathetic and arrogant. you not? you know better? than stop giving me bullshit comparison.

He is Ukrainian. Only Ukrainians or Poles would come up with something as illogical as Ivanus59 does.

ISIS is there to benefit the west, period, as long this creeps roam around, they are useful, as turncoats usually are, despised by everybody, trusted by nobody, only thru political/personal power is this able to be cept alive and kicking.

Once they are done with, witch I dont doubt despite the whiners, the stupid Kurd’s will be their next, pack of brain-dead, greedy little petty whores doing whatever their own scums and the Impisses from the banana republic UssA and Israel. And money is the grease to smear it all over and short sighted idiot Kurds will fall into that western materialistic clap trap. You will be their next tool Kurds dont you get it. Are you blind.

I have and still is, an man whom hopes the Kurds one day awakens, to realize that They aren’t alone, they have no hegemony in history, nor have any rights or claims attached, other than physical attachments since they obviously lives there now, in the year of the lord 2016. Thats the truth Kurds and you know it, make peace, think sustainability, and your own grand children’s life, do you want to have an Israel 2.0 with never ending wars as an legacy from the past. Been an tool for the Imperial forces, sold out your soul for an fist full of silver coins. To be the Judas of your own people. I hate traitor’s more than ANYTHING else, and my own people, no f…. expetion what so ever and in no way make it lesser an capital crime, worthy of simple execution into an ditch to feed the crows. Period.

WE have only One problem, just one, the pirates on Potomac, in the district of criminals, in the imperial banana republic UssA, whom just confirmed it, with an white washing of crimes committed by Clintonites and the Tribes men/women. I dont care what kind of solidifyed manure that they can stack upon each others to make it appear something rationale or truthful is been spoken, when its obvious to everybody else that this is an imperial banana republic worthy. And even when there are tons of other cases with preferences and precedence to point to another endearingly obvious conclusion witch The FBI even admitted an while ago, but, this FBI wacko, just confirmed their lead in that league banana dungeons, called nations, with their whores and hang-arounds like the EU/UN/and so on, pathetic creeps.

Yeah and you think Trump will win, hope is berried deep into their, and our asses this days, and will never see the daylight again, because The Beast from Little Rock will win, and now its confirmed. Hallelujah, we are f…..

The Kurds are just being used. It is only a matter of time before they too become….. unhelpful.

I’m sure that the Turks are waiting in the wings ready to push out the Kurds and occupy as much of northern Syria as they can. As usual, the US shall desert their allies when ever it suits them and ditch the Kurds in favor of the Turks – they’ve done it too many times before.

The reason Syria and Russia cannot win the war is,… The First Rule of War is to Know Thine Enemy. As long as Russia and Syria fail to blow up UK’s SAS troops and Mi6 and CIA. Then Russia and Syria have handing victory to globalist-Zionist-forces. If you are too weak to attack your own enemies, then you have tricked yourself.