Syria will continue coonducting offensive operations against terrorists in the provinces of Aleppo and Idlib despite Turkish attacks, the Syrain Armed Forces said on February 11.

The General Command of the Army and Armed Forces said that the Turkish attacks will not succeed in protecting terrorism nor will they dissuade the army from continuing its operations in Idleb province and in the west of Aleppo to cleanse them of terrorism in all its forms and to restore security and stability to all areas across Syria.

In a statement on Tuesday, the General Command said the Turkish regime continues to escalate its aggressive acts and transgressions upon Syrian geography in violation of international law and the concept of the sovereignty of independent states in an attempt to halt the advance of the Syrian Arab Army and to prevent the fall of armed terrorist groups in Idleb and west of Aleppo.

The General Command said the Turkish regime has deployed new military forces and escalated its aggression intensively, targeting areas populated by civilians and positions of the army units with rocket shells to help the terrorists maintain control over territory, keep using civilians as human shields, and carry out systematic crimes and vandalism.

The statement said the Armed Forces will continue carrying out their constitutional and national duties, and they are ready to respond to the Turkish occupation’s attacks and defend the safety of the country and its people. This illiterate swine Erdogan is like a thief who breaks into your house and then blames you for leaving the door open. The FACT is that the Turkeys illegally invaded Syria, sponsored some of the worst terrorist low lives in history and then had the gall to annex over 50,000 sq kms of Syrian best agricultural lands, based on their Zionist masters template in Palestine. Well, here is a history and geography lesson, SYRIA IS NOT PALESTINE and the SAA is not the corrupt Fatah of the old pimp Mahmoud Abbas. Dr. Assad is tenacious and wise leader and is standing tall. Now the scum Erdogan’s pipe dream is going down the drain as Syria, Russia, Iran and their allies have had enough and intend to liberate every inch of Syria.

turkey is better off siding with syria’s assad and go after the kurds the hard way and get the yanks at the same time. jihadists in idlib can be sent to libya and from there to europe and cause some serious shit in brussels, paris, london and warsaw.

bravo … now start kicking some Major ass…. turkish ass… and fuck any Agreements BETWEEN PUTIN and ERDOGAN… it is your Country, that got raped for years…..time to clean house and dont follow any more oders of Putin and his ridiculous and nonsensical ceasefires with the worst of the worst head Choppers Psychos!!!

You mean take out the Turkish trash :)

How do you know this?

That is correct, it was mostly under government control by last night but there are few pockets of terrorists left which are being mopped up.

USA is only verbally supporting TURKEY … TURKEY will get nothing from NATO allies except for thousands of body bags for the invaders to come back in.

Erdogan has purged all his top leadership and now has nothing left around him except yes boys .. nobody speaks up in fear off being arrested and executed.

That is the type of democracy that USA likes to support.

No one will help the Turkeys, they have no friends and no NATO faggot will die for them. The Americunts are not to unhappy to see the Turkeys cut down to size. Erdogan is an uneducated street thug who totally misread the regional situation and a resurgent Russia, which is now ever more closely allied to Iran.

SAA should be the nightmare of any other military in the region, they’ve seen it all and have prevailed for almost a decade now. Israel and turkey should be very concern to take on the syrians they will have the tech to look good early on in any future conflict but lack the perseverance and 1st hand exp and knowledge to adapt like the syrians have had to. Taking back the golan heights should be Syria’s last goal.

it will take 10 years for Syria to recover from this, rebuilding … but your correct, the experience in battle is priceless for that that survive it

My analysis in 2017 was that the Syrians will have the best battle tested military in the entire Arab world and at par with the legendary Hezbollah in terms of quality, elan and unit cohesion. It is also no surprise that the SAA held fast during the entire 9 years of the most grueling anti-terrorist operations. Woe to anyone who tangles with the revamped SAA in the future. The Zionist fucks have a surprise coming.

Without Russia-Iran-Hezbolah ground troops and mainly Russia air force, SAA would a zero to the left hand side.

But to have give credit to the SAA for holding together and now consolidating. No one can match Hezbollah, but the SAA has come out looking pretty good and it will only get better as it has defeated practically all of NATO arseholes and Zionists along with the Wahhabi scum, which is no mean feat. The SAA held together without any major defections and is now in the process of a complete reorganization with a lean, mean battle order.

Yes, you right SAA has some credits, but not all credits, and it is necessary to point out that SAA right now is very different from four or five years ago, thanks to Russia-China training. However, as one can see very often, it needs still to improve a lot.

I know and I believe the Syrian state have full backing of Russia, the Russians should since a rising Turks would a longterm treat and competitor.

Turkey is a fragmented bankrupt failed state of 80 million people, half of whom do not want be a part of it anyway. Russia is one the world’s superpowers with 6000 nuclear weapons and some of the most sophisticated technological militaries. So what kind of threat would a third rate moth eaten Turkey pose to Russia? ZILCH.

No wonder why Erdogan try to join NATO fully. It is because of this useless Turkey’s army which were even arrested by own weak Police during Erdogan own fake coup. Now Syrian army is meeting Erdogan terrorists squad with Godspeed.

In terms of operational deployment and strategic planning the Turkeys are worse than some of the African banana republic armies. It is a third rate peasant army of poor Anatolian village conscripts. Erdogan has gutted the senior leadership and stacked the general staff with cronies and the middle ranking officers are demoralized with rising casualties. The Turkish economy is collapsing and unemployment is over 28% or more in real terms. Turkey is over-extended and basically friendless.

Go Syria…this is your land….

There was another article from SANA that doesn’t sound as confident as this one does, in it this remark seemed to be the one telling the real story,

“The source said that Syria calls on the international community to adopt the necessary stances to stop the Turkish regime’s hostile behavior and its unlimited support to terrorism in Syria and Libya, and it reaffirms that those acts of aggression will not succeed in reviving terrorist organizations and that the Syrian Arab army will continue pursuing those terrorist organizations till crushing them completely and regaining control over every inch of the Syrian territories.”

“Syria calls on the international community to adopt the necessary stances to stop the Turkish regime’s hostile behavior.”

Before the Turks military mobilization the Syrians weren’t calling on the international community to help stop the Turks but now they are, before the Turks mobilized the rhetoric was more like ‘the SAA will get rid of the opposition forces no matter what the Turks do or say’, now it’s,
“Syria calls on the international community to adopt the necessary stances to stop the Turkish regime’s hostile behavior.”
that’s a big difference in rhetoric in less than 2 weeks and there must be a reason for it, perhaps the gravity of the situation is becoming materialy evident already, the SAA is already finding it difficult to advance since the Turks sent in the cavalry.
The south of Idlib is already proving to be overly ripe for the terrorists resurgence, we’ve left a gaping big hole in our rear lines and don’t have the same capacity there to repel any serious Turkish/opposition attacks, they’ve already retaken one small town called Sheikh Dams and are also fighting with he SAA nearby, it could get ugly down here away from where all our crack troops are located, hopefully there’s a plan to counter any such advances, like immediate overwhelming Russian air support.

The terrorist held area in the south of Idlib is highland area, and lacks cities or large towns. Not really the priority. If these maggots break cover and try to come down out of the hills in any numbers the SAA will mash them into Jihadi paste. The SAA won’t go after them (yet) as it would be too costly in manpower and casuaties compared to the gain. Better to take the M5 and fully consolidate the road to Aleppo, and then clear the western areas around Aleppo to improve the security buffer against Jihadist arty and rockets.

Most of the rebel/terrorist occupied areas of southern Idlib and northern Hama are farmland, apart from one mountain range to the west of southern Idlib which will be difficult to liberate [unless they carpet bomb],all the rest is open rural farmlands with mostly small towns and low populations, which is more than 90% of the area.
But most importantly most of the population living in Hama and Southern Idlib have already agreed to reconcile with the Syrian government [way back in May 2018], they want to be liberated, but NONE of the groups in northern Idlib, Latakia, or Aleppo have made any attempt at all to reconcile with the government, I’d prefer Assad to save the most deserving civilians first, the ones in the south, the heavy industry in Aleppo and the highway are important, but for me innocent civilians always come first, and the further north you go, the less innocent civilians you’ll find, the south should’ve been our priority.

it’s apity that turkey and syria now appear to be at each others throat while they really should be preparing for the big next step, which is to wipe out the squatters and end the miserable failed geopolitical experiment called israel – israel has forfeited its right to exist and it’s on the world to end the mistake lloyd-george committed about a 100 years ago. a mistake that has spelled 100 years of death and misery for vast groups of people in the middle east all caused by the jews now occupying palestine!

They must leave our planet and return to whatever alien shithole they first came from.

Mahmoud Abbas speaking at UNSC:
“I came in the name of the Palestinians to demand just peace”.

United Nations Coordinator for the Middle East Peace Process:
“We reject the Israeli unilateral steps to annex areas of the West Bank, which will close the doors to peace”.

EMPHASIS – Tigers must reach Syria’s border and secure it with heavy military presence. The farmland is just as important to secure as is the infrastructure.

Turkey can rant until their blue in the face; the Turks will not get away with stealing any part of Syria’s real estate. 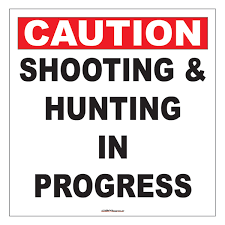 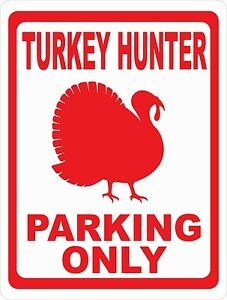 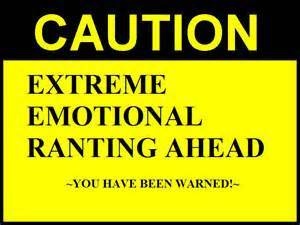 Yes, and I should hope so. It is, after all, their country.