Late on May 14, at least three rockets were launched from Syria’s southern region at the Israeli-occupied Golan Heights.

In a brief statement, the Israeli Defense Forces (IDF) said that two of the rockets had landed in open areas in the Golan, while a third fell inside Syria.

BREAKING: 3 rockets were just fired from Syria toward Israel, 1 of which fell in Syria. pic.twitter.com/WrwhjVfOy4

The Ministry of Defense of Syria and the state-run news agency are yet to confirm or deny Israel’s claims. Meanwhile, local sources in the western countryside of Daraa reported a number of “explosions”.

The IDF usually respond to any fire from Syria within a few hours. Syrian military positions in the southern region are the go-to target in such cases.

The rocket attack came amid an ongoing Israeli operation against Palestinian forces in the Gaza Strip, including the Palestinian Islamic Jihad. The group is a key ally of Damascus and is known to be present in Syria.

Earlier in the morning, Israeli and Lebanese sources reported an Israeli strike on a Syrian town bordering Lebanon. The alleged strike targeted a vehicle that was carrying a weapons shipment en route to Lebanon.

The ongoing battle in Gaza has led to tensions in the Middle East. A day earlier, a salvo of three rockets was launched from southern Lebanon towards Israel. Later, the Israeli military killed a reserve fighter of Hezbollah, who was protesting on the separation line in southern Lebanon. The battle may soon spillover to Syria and Lebanon.

Another false flag by Israel and their proxies.

shylockracy
Reply to  The Truth

As always. And since before the “Holocaust” was declared a precedent to justify “humanitarian intervention” in the postcolonial/neocolonial post-WW2 Ziocorporate global reality.

farbat
Reply to  The Truth

are you actually sure about that?

farbat
Reply to  The Truth

I doubt the Syrian army would have done this they gain nothing from it so looks like some other group.

Putin’s Zioterrorist business ties with his US/EU/NATO partners haven’t been damaged in any real way recently. As things are, there’s no way Syria can escalate against the Rothschild neocolony in Palestine without the military support of a power like Russia or greater and all great powers are playing globalism with each other.

Putin already complained the terrorist Ziojew massacre of Palestinians affects “Russia’s security interests” today, so the Kremlin must be at the “deconfliction” hotline with Tel Aviv making sure it don’t spill over into Syria.

Kiss the Ring
Reply to  Fog of War

Didn’t you know it’s the latest 8D chess move from uncle Putinyahoo, “savour of humanity and God” lol, like he’s boosting IDF ranks by exporting another million Khazzari squatters to occupied Palestine, which is a secret ploy to help Syria no doubt, lol!

Fog of War
Reply to  Kiss the Ring 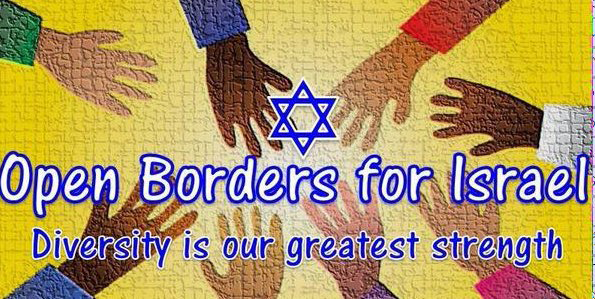 Vapid and vacuos
Reply to  shylockracy

Sadly, real human beings are being murdered as we speak, yet we have Zionist ‘s celebrating human misery. The world is watching and justice will eventually prevail

AmS
Reply to  Vapid and vacuos

Bibi’s Grand Plan of his Satanic masters is coming to fruition: the total and utter destruction of Israel!! Even Erdogan is chiming in rallying the Muslim masses and governments to defend the Palestinians at all costs.

ErdoDog the Anus is flapping his b1tchlips thinking he can steal a victory engineered by Iran and Soleimani. He is terribly mistaken. Nasrallah is the next king of Jerusalem

Sure, IDF… We know the pattern. Syria always does exactly what is opposite to her interest in the realm of public opinion. And, coincidentally, exactly what is in the interest of Israel, as it wants justification for some more totally unjustified attacks on Syria that was planned long before the silly event.

You don’t really protect Russia? Here you are getting offended however lol

This incident is insignificant. Typical of the actions of a coward.

Israel firing missiles at themselves