On May 7, the so-called “Southern Front of the Free Syrian Army” [SF editor: Indeed, it’s hardly linked to the Free Syrian Army units, that operate in Northern Syria] launched an advance on the ISIS positions in the villages of Ayn Dakar and Saham Jolan in the Daraa province. 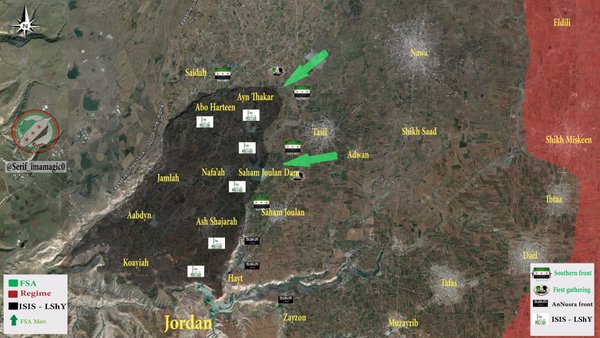