The Hezbollah media wing in Syria released pictures of air defense systems of the Syrian military.

The move is clearly related to the recent Israeli airstrikes against targets in Syria and is aimed to show to the Israeli Air Force that the Syrian Air Defense Forces have enough capabilities to pose a real threat to Israeli warplanes. 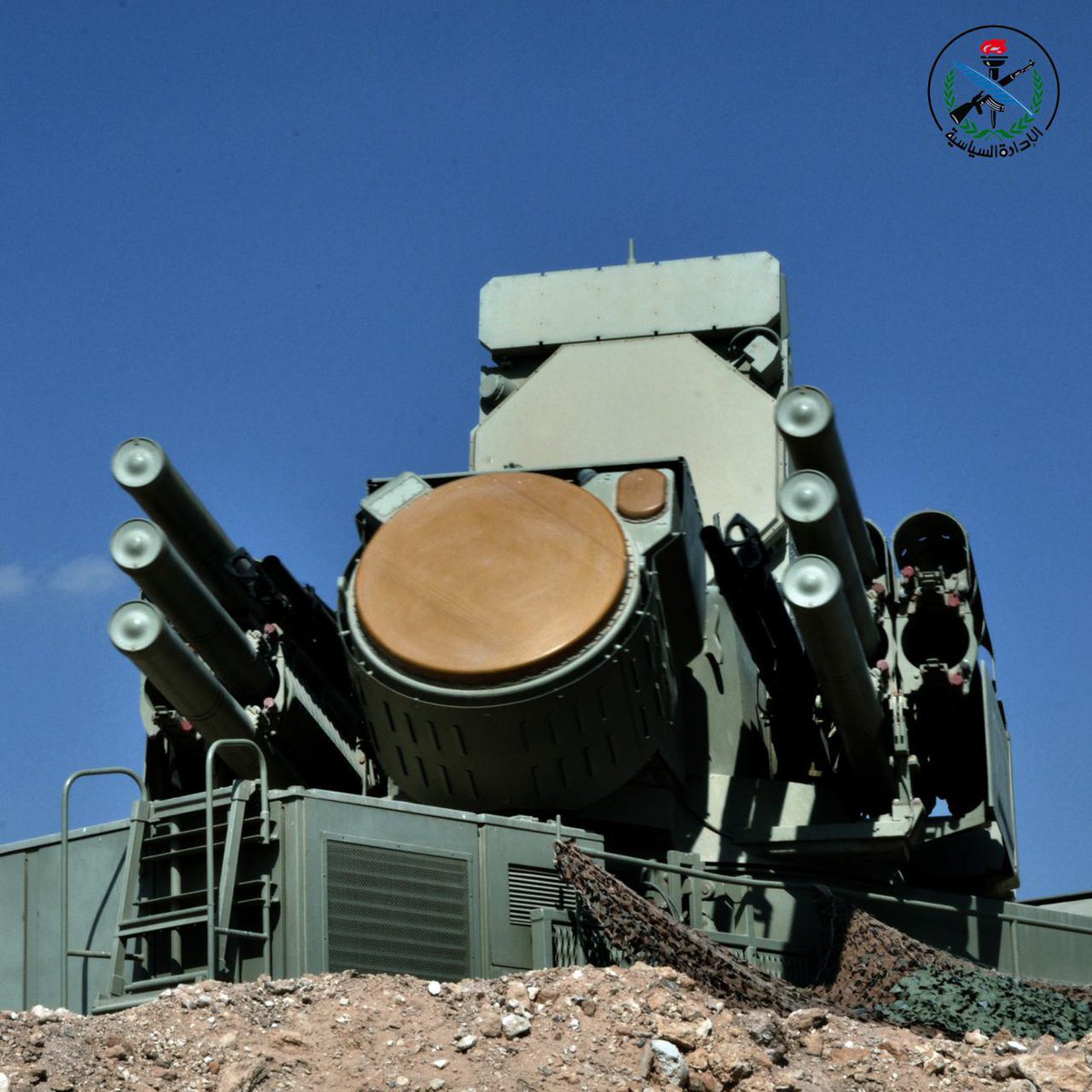 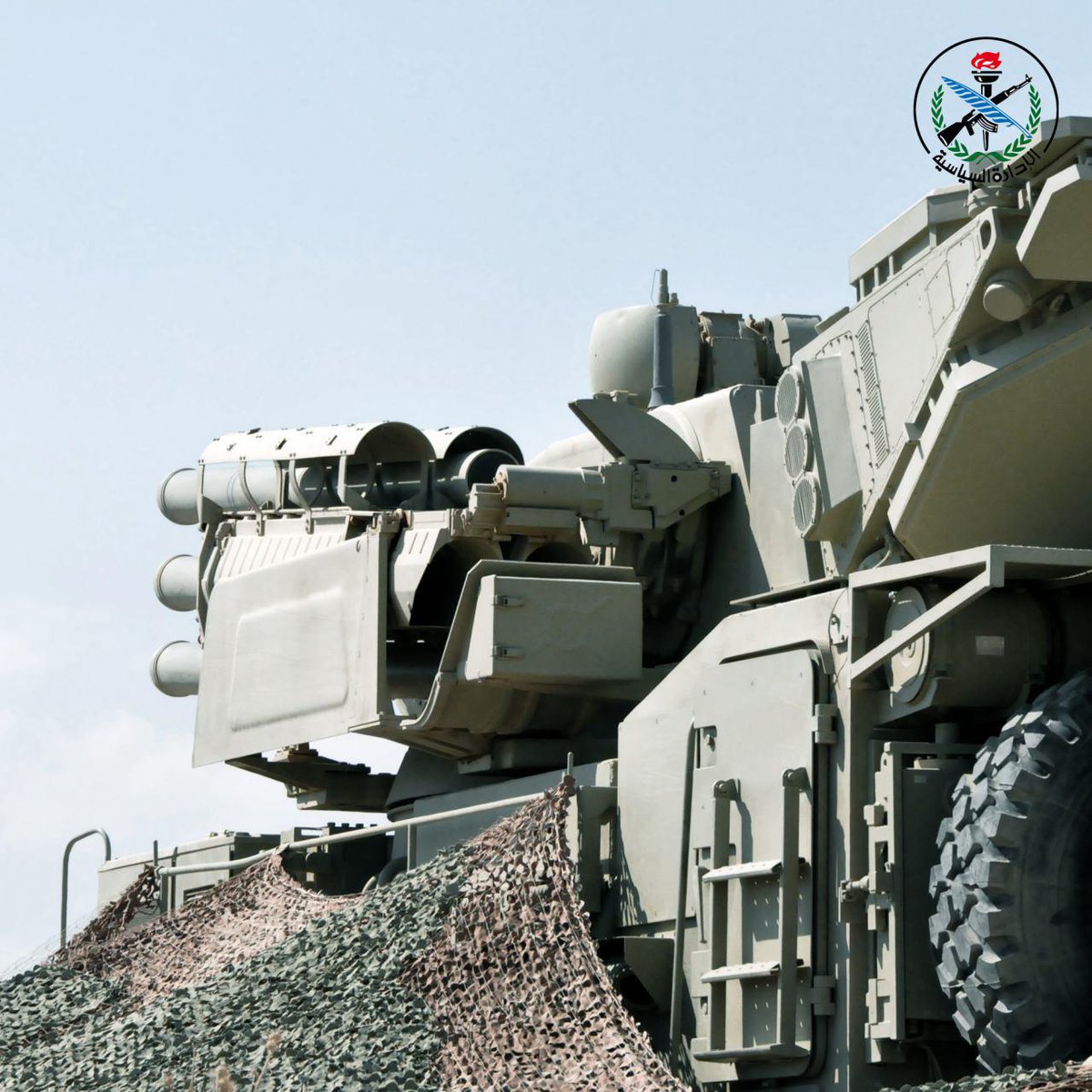 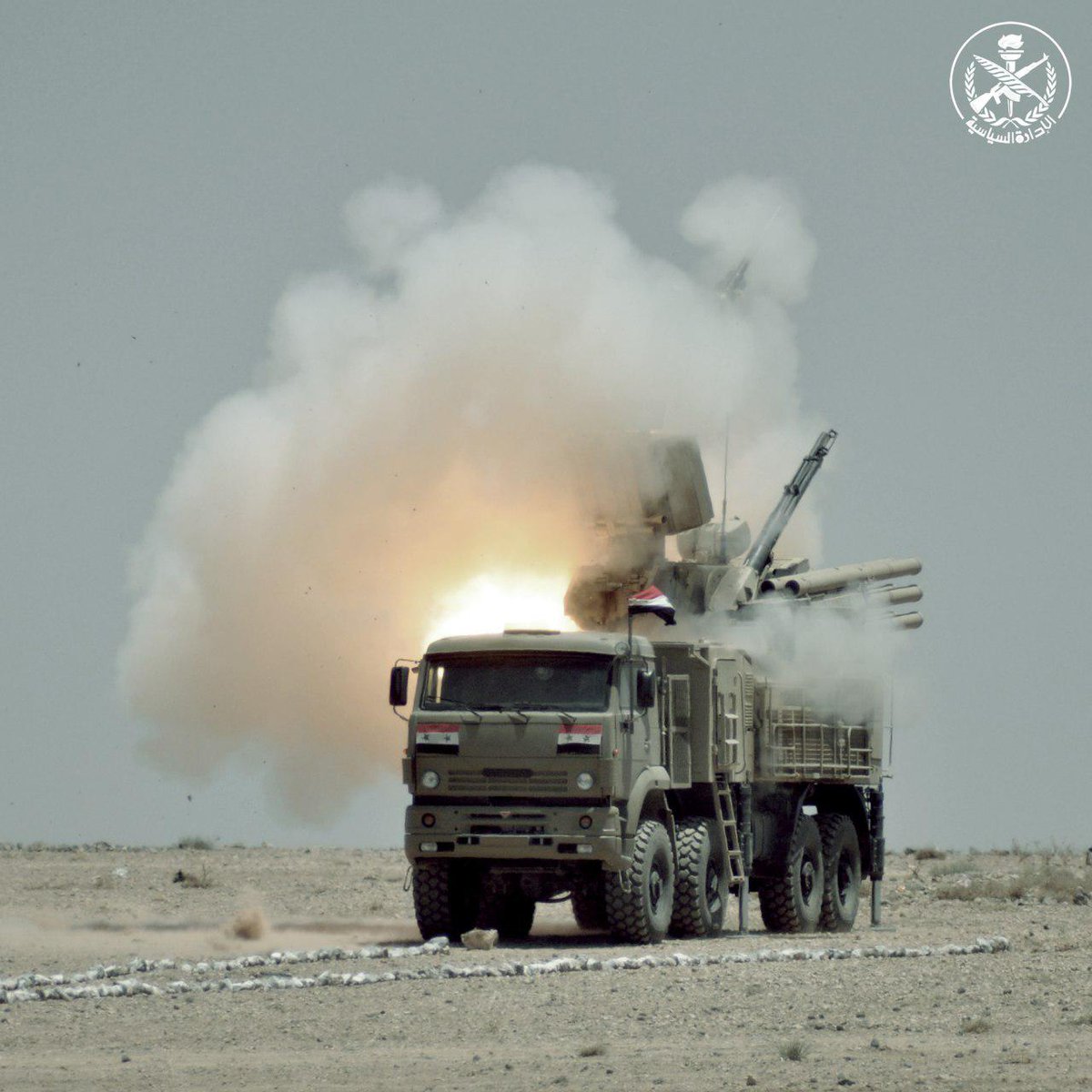 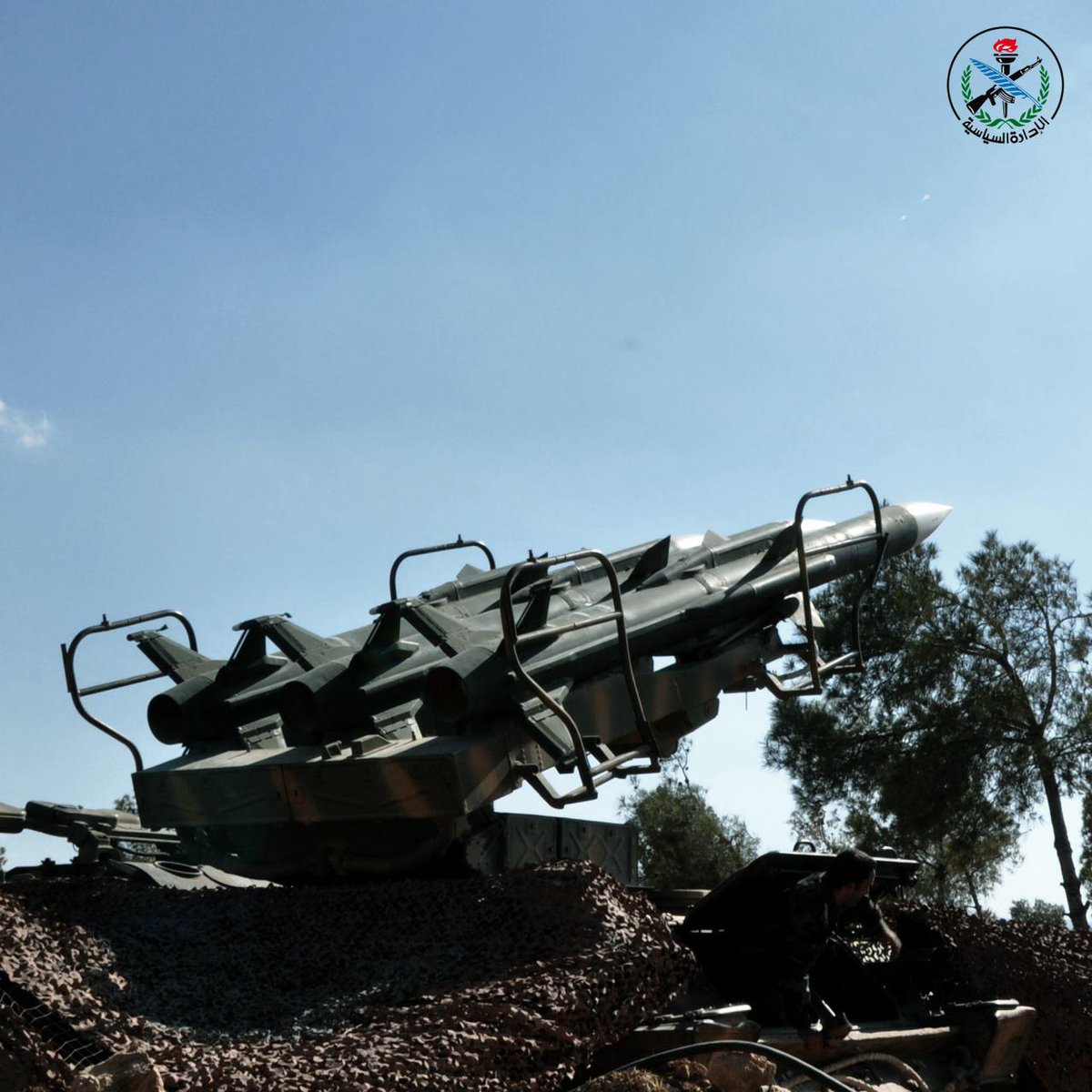 Goverment should upgrade the air defenses.

why? it’s not known if the Israeli really hit something. A Syrian military source stated that all the weapons dropped by IAF planes were shot out of the sky

Are you kidding? Where do you think Assad will get the money to upgrade the air defenses. Any serious new systems cost millions of $ and Syria is broke after 6 years of war. They are lucky to have the Russian’s back in this war.

This is why war is good business. You can make a ton financing the thing. You can bet the bankers pop champagne when ever they see something expensive blow up.

The bankers are mainly financing all sides of the war.

Syria is debt free , it just needs to reclaim the oil fields along the river , before the Americans swoop in and grab them . When the war is over , its off – shore reserves could easily pay war debts

Syria is bankrupt​ since 2011, Iran is paying for the overnment to keep operating, salaries etc.

I couldn’t find anything that said it was bankrupt. I did find that its Debt to GDP is 30%, which is pretty low. They do appear to be relatively debt free. http://www.tradingeconomics.com/country-list/government-debt-to-gdp while the United States is 103% and has a debt of $20 Trillion.

You don’t need new systems, there are upgraded components available for S-200 and older systems. But I think the SAA must adapt to israeli attacks and launch rockets *every* time there is an incursion, even if the probability to score a hit is low.

Use up the stock of rockets you have because in a few years these old systems will be totally useless against the F-35 anyway.

Syria has Russian deployed air defenses that prevents the country from being attacked by the West a la Libya or Iraq style. Annoying disturbances by IAF trying to be relevant in the area are of minimal consequences. Russia does not see the need to lock on on every IAF aircraft that tries to be a fly in the ointment.

They had the contract, and two years ago Israel pressured Russia to not deliver the S-300 systems to Syria that were tailored for Syria. Those turned out to be the exact same ones that Russia delivered to Iran instead. I am not kidding, I read that in both a Russian news site and PressTV as well months ago.

russia’s got them covered

Yea if you would be prepared to bankroll them. Need to upgrade your knowledge of economy. The same applies to all who gave you a vote. Modern air defenses are not Lego toys.

nobody knows for sure what is really in the SAA arsenal actually… i am sure the S-200 was just a warning to Nazisrael….. nasty surprise will come along the next time…

Actually, under international law, weapons and weapon contracts are claimed publicly. We know what Syria has (unless Iran is planning on shipping something on the down low to Syria). Governments will sometimes secretly ships a super-small quantity in black-ops. But not big shipments without publicly international stated contracts. That is how this current game works. Now Russia had a contract to provide Syria with a bunch of S-300 batteries, which took Russia a long time to adapt to the Syrian-scape of operations. Then Israel pressured Russia to back out, and instead all of those were sent to Iran in order to fulfill that other broken contract. Their is nothing in the near future (as far as long range AA defenses are concerned) to be provided to Syria. Though Russia could always rush in a few short rang defenses to Syria. Syria’s current defensed against F-15’s and F-16’s are useless. That does not mean that they cannot shoot down up to 20% of attacking aircraft, but that is not enough. In one medium strike on Syria, and they could loose 80% of their long range AA defenses. Syria’s long range air-defensed is living in a 70’s and 80’s era. This is a different century, we are in the century of Photonic-war. Laser AA weapons, among invisible laser communications and other photo weapons are already entering the battle fields of the US, Israel, UK, Germany, France, Iran, China, Russia. Firing solid metal objects have become obsolete for this next phase of warfare. I also happen to know that Israel already has a laser defense system in place, this is their (Trick up the sleeve) to defend against Lebanese and Iranian counter attacks.

You have based your 80% figure on what? 70s and 80s is not an issue. Many NATO countries, including the US and UK, use 70s and 80s platforms. And even if your estimates were correct, would any attacking country be willing to loose 20-30% of its aircraft in a single run? Under the right circumstances, even short range missiles can be deadly. We all know how brilliantly the IDF performed against Hezbollah in 2006. What was it called: The greatest defeat of modern air power in recent times by an opponent without any air force or sophisticated air defence?

They would not need their whole air fleet. Israel said themselves that the aircraft needed to attack Iran would have been around 80 attacking aircraft. To take out all of Syrians air defenses Israel would need less then 20 aircraft. Israel would pry loose two aircraft in attacking to get rid of most of Syrians long range and a bulk of their mid range AA defenses. That is not a big loss at all comparing to ridding an entire nations ability to defend themselves from air attacks.

Also, while the F-15 and F-16 are a bit older platforms, however Israels are upgraded, even with some stealth technologies that even the US has never outfitted the F-15’s or F-16’s with. So really, these are cutting edge craft that Israel is employing against the Syrian people.

Israels air power was never defeated by Hezbollah in the 2006 war, Hezbollah just simply absorbed it. Syria cannot. Syria had civilian infrastructure, factories, dams, government buildings above ground. (It would take decades for Syria to move these underground and billions of dollars) Hezbollah was simply a civilian militia who’s little assets they had were in small underground holes anyway. So they weathered the bombardments.

Anyway, this is how it makes sense to me with the information I have.

“Also, while the F-15 and F-16 are a bit older platforms, however Israels are upgraded, even with some stealth technologies that even the US has never outfitted the F-15’s or F-16’s with.”

I was of the opinion that the most important part of making a plane stealthy, is in it’s basic shape. F-15 and F-16 are not that stealthy. The best upgrade for them would be in electronic warfare, which is a constantly changing game. The S-200 is plenty fast.

And Israel is going to go to war for what?

Oil, land and whatever else they want.

Israel uses spies in the Syrian land to tell them where to pass the fighter jets away from the Syrian air defence system and where is the target.

What Israel can do to Syrian defenses is a moot point since the Russians guarantee their protection. Not very long ago US politicians wanted to establish a no fly zone over Syria, only to have the military blink. Israeli F15 and 16 would have a day of reckoning against S300 and S400 defenses, not to mention the Iskander missiles that would prove the Iron Dome and Arrow defenses rather useless.

Friend low frequency radars from 70’s are more capable of detecting stealth jet fighters than the later technologies. Proof 1999 NATO aggression against Serbia. They dawned F-117 Night Eagle and B-2 with a slight modification of the system from 60s and 70s which Serbian engineers managed to do with whatever funds were left after 5 years of sanctions. And then how long it would take to train Syrian Air defense personnel to use it properly? By that time the war could be already over.

I know Israel are still in dark ages. Israel made SAM system is worst than Iran made S-200 and S-300 air defence system. Israel SAM system is just a fire work.

Israel uses spies in the Syrian land to tell them where to pass the fighter jets away from the Syrian air defence system and where is the target.

“Israel uses spies in the Syrian land to tell them where to pass the fighter jets” exactly. They always find a plenty of those in Syria who are willing to take a bribe.

So if A = B = C then A = C Israel like ISIS. Israel like Al-Qaeda. Therefore, American consider Israels are terrorists.

I mean Israeli state is a terrorist state where terrorists are breeding. Therefore, we American cannot support terrorism in the world its too bad. We want to make world communities educated and bring peace and stability because we need to do some other important jobs.

Thank you Rob, nicely put together. However for many in this thread laws of logic are far country.

screw them, all there aggressive talk about taking out the air defense system after invading syrian airspace, all it takes is a few ballistic hits on the chosen ones nuclear reactors and the scumbag chosen ones not looking so choice

Syria’s [and her Allies] primary goal is to become a normal, takfiri terrorist-free, secular country again.

The Russian military has been invited to defend Syria and to attack and kill the takfiri terrorists. Russia is in it for the long haul.

As has been pointed out by others in this thread, this war has been waged against Syria proper for 6 years now, the devastation is humongous and I’m sure Syria’s priorities lie in becoming a fully functioning society again, first, like it was before the 2011 color ‘revolution.’ Upgrading their defenses, without having full access to the entirety of their country [for now], will force the Syrian government to prioritize their funds and given all this [and below] air defenses can [or will have to] wait.

Because Russia has a naval base and an expanding list of airbases in Syria, the Russian armed forces have sent in the best defensive mechanisms they posses, to defend their military presence in Syria.

First priority of the Syrian state is to consolidate their territory. You are correct. Well written.

Proof that Syrian Air Defense has shot at least one of the IAF jets in retaliatory strike. “Israel threatens to destroy Syria’s air defense systems if they retaliate again” https://www.almasdarnews.com/article/israel-threatens-destroy-syrias-air-defense-systems-retaliate/ Why would they threaten to destroy them if they haven’t been a real threat to IAF. So all your arguments that Syria needs to upgrade go down the drain. Sorry mates Syrian air defense is up and running with technology from 70s and it has made Zionists really angry.