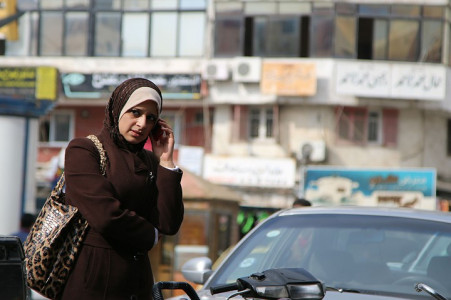 No matter what some say about Russia being a “regional power”, the US had nobody else to turn to when it came to sterilizing the most infected wound on the whole planet. The chosen method of political surgery includes not only a ceasefire by all the factions of both warring parties, but also a total annihilation of Islamic State militants.

This is an unprecedented operation because, in essence, Russia and US are acting side by side against a common enemy.
Here are the main phases:
1. Russia and Damascus initiate the national reconciliation process. It means that the government forces stop fighting the so-called moderate opposition. President Bashar Assad spoke favorably of a cessation of hostilities, though he qualified it by adding that if the opposition violates the ceasefire, Damascus will be within its rights to respond. Assad even offered to hold parliamentary elections on April 13, though here he probably got ahead of events.
2. The US exerts pressure on moderate opposition forces of all shades, convincing them to cease fighting the Syrian army. The sheer heterogeneity of forces opposing Assad makes that task a difficult one but if it is not accomplished, there will be no progress toward peace and no combined effort against ISIS, al-Nusra, and other extremists.
3. All of that will require constant and continuous coordination between the various factions. That’s why the special group was established at Hmeimim. Syrian government and opposition representatives can contact it in order to start peace negotiations. The applications have already begun.
4. Population of territories where fighting is continuing is informed by all means available that Damascus is ready to negotiate with the opposition.
5. The pause should not allow ISIS terrorists and other extremists to lick their wounds and go on the offensive. The campaign against them will be stepped up. To that end, Russian and US military commands will exchange intelligence on terrorist locations.
6. As soon as a ceasefire is reached in a specific region, Russia and the Syrian government send humanitarian aid with UN assistance.
The ultimate goal of this plan is to consolidate the society, return the refugees, and return to peaceful existence.
Can this ambitious scenario be put into effect? There is no shortage of obstacles. One has to reach every last field commander who is second only to God in his patch of the desert or rubble. One has to be prepared for ceasefire violations. Unpredictable Turkish behavior is another problem. It can mess up the entire process if, under the guise of fighting the Kurds, Turkey is continuing to shell Syria’s territory and even sending in own forces. Moreover, the Turks don’t seem to want to end their ties with ISIS.
But all of it will come to pass if Russia and US remain true to the agreement. Nobody doubts Moscow’s commitment–we’re acting with full transparency. What Washington has on its mind we will soon find out. One truly hopes that the US entered into this unique deal with Russia with no ulterior motives.