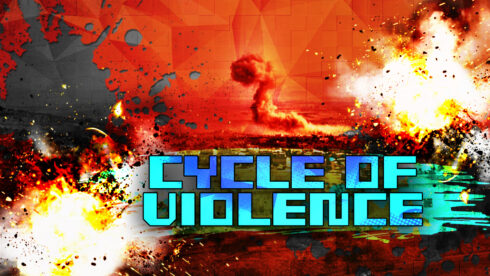 If this critical situation in Ukraine worsened, the world, no doubt, would blow up into a third world war, especially with the expansion of US under the NATO cover by deploying forces in several European countries and in the middle east. The latest events in Donbass may probably constitute a major turning point in addition to that Moscow considers Kiev’s violations a dire threat and that the NATO is reinforcing Kiev’s role, a US alliance, on the expense of Donetsk and Lugansk along with the declaration of the Syrian foreign minister, Faisal al-Mekdad, noting that what’s happening with Russia, concerning deception and media war, is exactly the same scenario of Syria.

Syria seemingly is not far away from being part of this scenario despite what it has come through during the last decade. The geographical location of Syria, the Qatari gas pipeline and other factors may be considered the main reasons behind destabilization in it during the last period. However, Syria now is an ally to Moscow, especially after that Hmeimim base has become the largest in the region coinciding with the US, along with SDF, control over northeastern Syria, it will surely turn into an arena of confrontation between Moscow and Washington.

The developments which took place, concerning the escalation in Ukraine, during the last week and the political movements in particular indicates that serious events may hit the area. The Russian Defense minister has visited Damascus and met the president, Bashar al-Assad, to discuss issues related to “the joint conflict against the international terroristic remnants” and then followed by Faisal al-Mekdad’s visit to Moscow assures Syria’s position which supports Putin positions and condemns all attempts of misleading and the western media terrorism targeting Russia.

This visit came after the arrival of the Russian warplanes equipped with the hypersonic Kinzhal missiles to Hmeimim base in Syria on the context of the naval drills which are being carried out according what the ministry of defense has announced.

Such announcement must not be ignored without diving into its depth and finding out what it may denote. Russia is trying to protect its forces in Hmeimim from NATO that exist in the Mediterranean region in addition to being a back base to face any potential from NATO forces in Northern Africa and Southern Europe.

The American newspaper, Military Watch, considered that such fighters can enclose the Mediterranean Sea and constitute a threat to the NATO in this region.

Amid these events, there was another sort of escalation. In Lebanon, a reconnaissance drone related to Hezbollah carried out a survey mission in Occupied Palestine, the situation which pushed Israel to carry out a false raid on Lebanon.

The declaration of the Israeli foreign minister, Yair Lapid, that if a war broke out between Russia and Ukraine, then Tel Aviv will stand by its traditional ally, USA, in spite of the Israeli interest is to keep good ties with Moscow.

On the other hand, the Syrian foreign minister said, “Sooner or later they will know that Syria can pay in two folds” A tone that some may consider escalating from the Syrian side about the repeated aggressions carried out by Israel on location in Syria that Israel claims to be related to Iran, the ally of the Syrian army.

All these events assure that a bold warfare lines have been drawn for a fierce war that no one likes to happen; however, as far as democratic party along with their foreign policy is in power in USA I think that the world is going to at a boiling point and is about to blow up.

Well written but full of lies.

Being an expert on perfidy, I suppose you wold know !

Jens–whats full of lies? Elaborate! Is it the part where Israel and Nato/USA has pipeline interests through Golan. Or is it the part that isn’t mentioned. Bankers and and weapons companies want war with Russia. Russia doesn’t want to be swallowed up by the UN world order led by big banks and big pharma and big AG. That’s what this is really about. Every one is worried about Israel as if it is really a land for the Jews. The Jews were rounded up by Jewish elite. Just different factions against different factions. Typical Arab culture. Typical Banker culture. Fighting for control over everything. Israel was created as a state by Rothschilds, Rockefellers, U.S. deepstate. It wasn’t created for Jewish common folk.

USA will try now to pivot to Turkey and Iran in order to kick Russia out of Syria. Pathetic.