The situation remains tense in Syria’s Homs province where the pro-government forces clash against ISIS in the area to the West from Palmyra.

The Syrian Arab Army (SAA) and its allies launched an advance on Shaer Gas Field. However, the loyalists weren’t able to gain any significant success in the area. 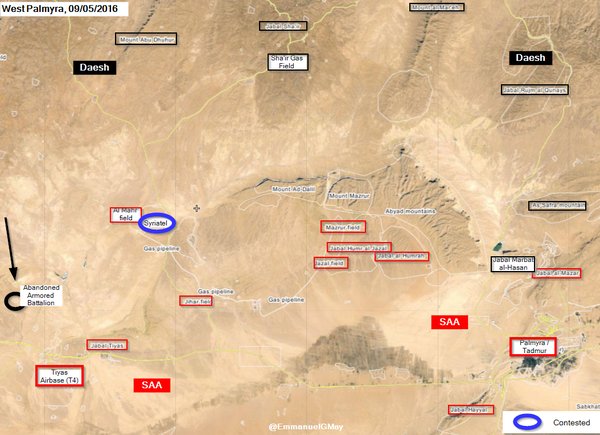