US President Donald Trump and Russian President Vladimir Putin shake hands ahead of their meeting in Helsinki on July 16, 2018. Brendan Smialowski/AFP/Getty Images

On July 16th 2018 a summit between President Donald Trump and President Vladimir Putin, of the United States and Russia respectively was held in Helsinki, Finland.

Before starting the historic one-on-one summit, presidents Trump and Putin both expressed their opinions on what is to come.

Trump had the following to say: “Discussions on everything from trade to military, to missiles, to nuclear… We will talk a little bit about China, our mutual friend, President Xi [Jinping] … We are the two great nuclear powers, we have 90 percent of the nuclear, and that’s not a good thing, it’s a bad think, and I think that hopefully we can do something about it.”

Whereas Putin had to say: “Now it is time to have substantial talks on our bilateral talks and various pressing issues on the international agenda. There are many of them to pay attention.”

Both Putin and Trump directly after the meeting appeared pleased and praised the constructive discussion they had. Putin completely rejected any accusations of elections meddling.

When the questions began – Trump had to answer the first two questions.

Firstly, was the issue of North Stream 2, which Trump said the US would compete with as a seller of oil and gas and was doubtful if Germany’s decision was correct. Russia is ready to prolong the gas transit agreement with Ukraine if the countries’ national energy giants settle their court dispute in the Stockholm Arbitration Court, since Trump had worries about the end of transit through Ukraine.

Secondly, Trump stated that the probe on Russian Interference in US elections is ridiculous and that it keeps the two powerful countries apart. That is when Putin asked for the presentation of facts of alleged Russian meddling in the US elections. He stated that Russia is prepared to study any concrete materials regarding the issue if they are provided to it. He reiterated that he has always stated that Russia has no meddled in US internal affairs, not in elections or in anything of the sort. Putin also said that he wanted Trump to win because he spoke of normalization of ties with Russia.

The Russian President spoke of an agreement on mutual assistance in criminal cases and that it works effectively. He said that their investigators and prosecutors are working effectively, and that Russia can make one more step forward – they may allow official US representatives to be present, even the commission headed by Mueller to be present at the questioning sessions. That can happen after the commission headed by Robert Mueller sends an official request within the framework to be allowed to conduct the questioning.

Russia has passed its proposals on cooperation in the area of strategic stability and the non-proliferation of weapons of mass-destruction. He stressed on the importance of dialogue between Moscow and Washington on the range of military-political and disarmament issues. Russia is also ready to cooperate with the US regarding fighting terrorism and cybersecurity risks, he reminded the US president of the possibility to recreate a working group on counterterrorism.

Regarding Syria, Putin stated that the end goal is reaching peace and accord in the country and it could be an example of successful Russian-US cooperation. The two countries can be leaders in the strives to return displaced people to their homes and resolving the humanitarian crisis. He also stated that US could take the lead in resolving the situation.

Trump said that US coordinates closely with Israel on it, creating safety of Israel is paramount. He has taken a strong stance towards Iran and its presence in Southern Syria and praises the effect it has had out and inside of Iran.

“We both spoke with Bibi and they would like to do certain things with Syria having to do with the safety of Israel,” Trump said. “Russia and the United States will work jointly.”

“Creating safety for Israel is something both Putin and I would like to see very much.”

Putin put forward his concerns of US withdrawal from the Joint Comprehensive Plan of Action (JCPOA) for the settlement of the Iranian nuclear problem. Russia’s position remains unchanged and he emphasized that owing to the nuclear deal, Iran has become the most verifiable country in the world under the of the International Atomic Energy Agency and that in itself ensures the exclusively peaceful nature of the Iranian Nuclear Program.

President Putin was also pleased with the de-escalation of the Korean Crisis and admitted that it is owed in no small part to Trump’s direct participation in the talks.

Trump then reiterated once more that dialogue with Russia is improving and that is the way to pave the path to a more peaceful and stable world and has the potential to save hundreds of thousands of lives.

The Hasbara will return shortly, after they recover from their seizures. 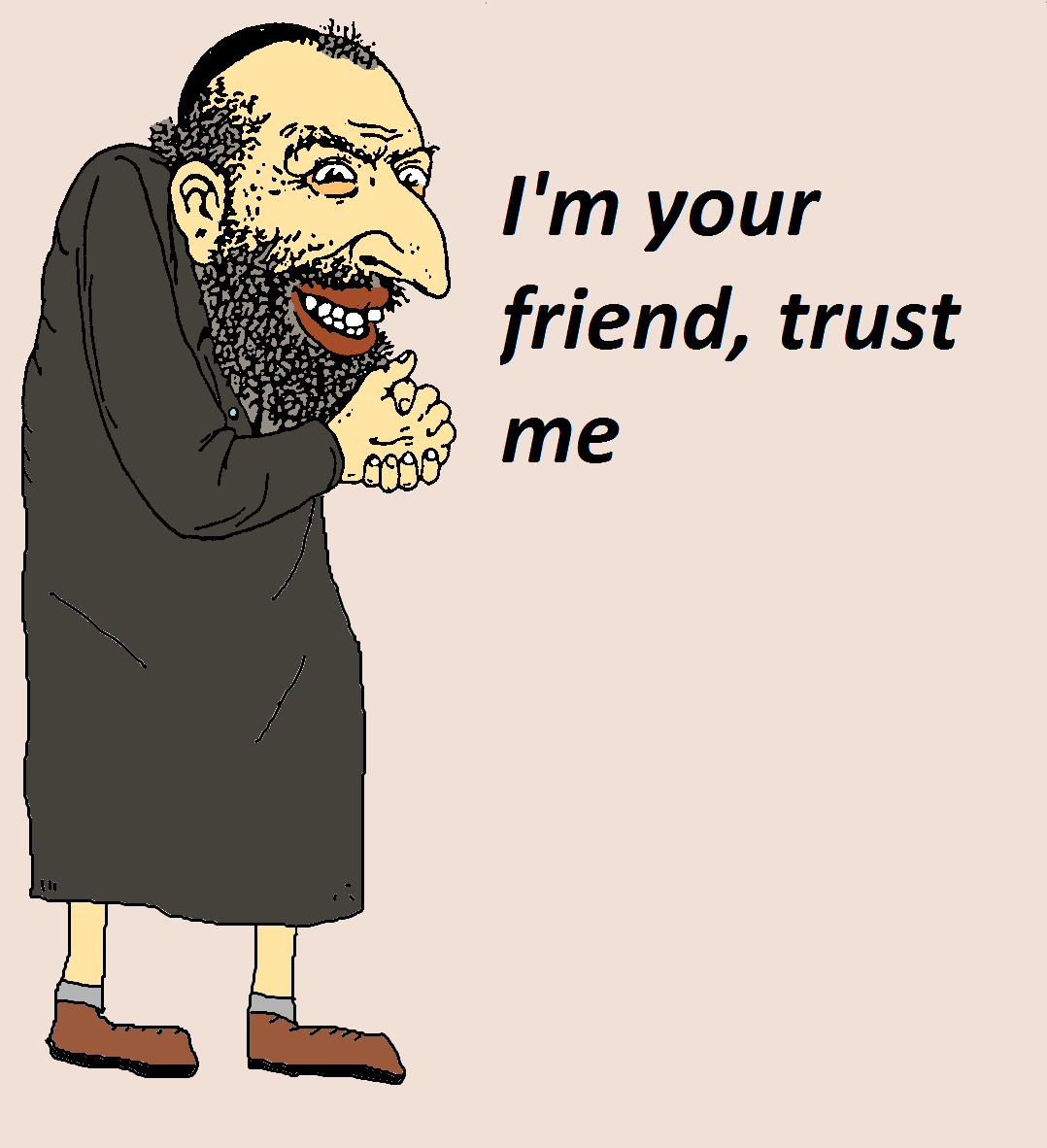 I suppose you have to throw the clueless US a bone when they are doing the right thing.

The spinning is already going on BIG TIME!!! It his hilarious! I have never had more fun watching the news! CNN will be throwing themselves on knives by now.

This is the best stuff that I have ever seen in my life! :-) 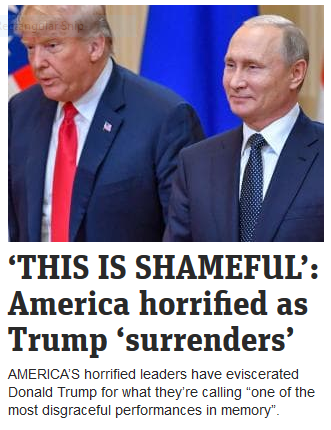 He owns FOX also, it will be interesting to see their spin.

The Nosebergs are in panic!
Que hysteria and reeeeeeing on a scale never before seen lol. 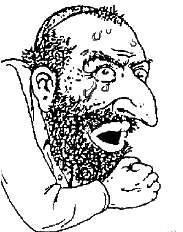 Seems like Putin stroked Trumps ego and keeps putting the ball into Trumps court, that summit was OK for publicity, surely Putin knows that Trump is only trying to save the US hegemony.
As for Trumps comment regarding Syria that lives can be saved if the US works with Russia, that can be considered a threat; you are either with us or against us!
Israel will be stewing when they heard about Russian position regarding the Golan Heights.

The transcript of today’s Summit.

The Rothschild gang will never forgive Putin for 1) stopping their billionaires from taking control of Russia 2) supporting Assad and preventing another Syria becoming another Libya.

When the pressure is applied, Trump will surrender to the zio-cons, again. For Russia and China, it’s now a game of waiting for the debt-riddled U.S. economy to collapse and ensuring that the U.S. never comes close to developing a first strike ability (and making the U.S. understand it).

This one maybe? 89% of our Senators and Congress hold dual citizenship citizenship with Israel http://www.investmentwatchblog.com/89-of-our-senators-and-congress-hold-dual-citizenship-citizenship-with-israel/

Yeah, Wall Street, Media and Hollywood as well while their at it, all of them.
There are still laws on the books in England from the last time they expelled them, and any country that uses Magna Carta and English Common Law ie all of Anglosphere by default also has those same laws on the books, just needs enforcing then the world suddenly becomes a much better place and Israel or Madagascar or an Asteroid somewhere in the outer solar system becomes very overcrowded.

There’s also a hope, albeit a faint one, that the rising tide of frustration and anger in the U.S. will be directed at the right target, and the recent arrest of a Russian student for being associated with the NRA (conveniently coinciding with the Putin-Trump meeting) suggests the capos are getting worried that the sedated hordes may be waking up about 9-11 and its resultant $15 trillion war debt.

Yeah, exactly. When you scroll through the Netflix movie casts, 90% of the actors are “of the chosen ones”. They must be really “exceptional”. I could not care less, as I do not waste my time on the politically laden garbage coming out of Hollywood.

Putin mentioned Soros directly (note Trumps face when he does this) Putins throwing a bone to the Conspiratorial set in the US and the West (massive numbers).
Very interesting! 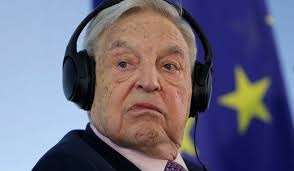 No doubt about it. 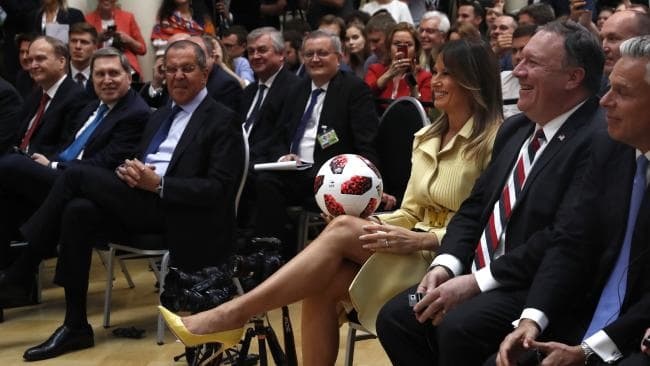 Sergei Lavrov’s expression, directed at Pompeo, says it all.

Lavrov, a good man! He radiates truthfulness, honesty and decency.
I’ am not so sure about his US opponent. Looks more like a Capo in the 70’s mafia flixes. Maybe he is after all?

he said that they “killed two hundred Russians in Syria”, while Hitlary said, in regards to Qadafi, “We came, we saw, he died”. Both are or were secretaries of state – or foreign ministers.

The only thing exceptional in these people is their vulgarity and inability to suppress it in public.

They are a fine example of how lowly and idiotic Americans can get, and how this kind of people has taken over the US in the latest years.

Different people see different things. I thought he was looking at the woman’s legs.

Every normal man would look at these legs as the first. Thats the only thing we normal men would like to do. Just to take a look.

Yes but normally you live to regret it .

why? are you the ball?

Nice legs on that girl.

The Luciferian zionist warlord banksters are Not Happy today,so prepare for some nasty backlash.

If Trump keeps talking peace, the Deep State will take him out as they did JFK.

Trump should not try to play JFK.

I find it very difficult to judge these things. Russia is committed to
the idea of a multi-polar world while the USA is most certainly not.
So it is difficult to see how a meeting of minds between the two is
possible. The ‘optics’ might look encouraging, but for the moment I
would not see this as anything more that showmanship.

“better than super…..”, this does not sound promising for freedom.

only if by “freedom” you mean jewish mafia like organizations.