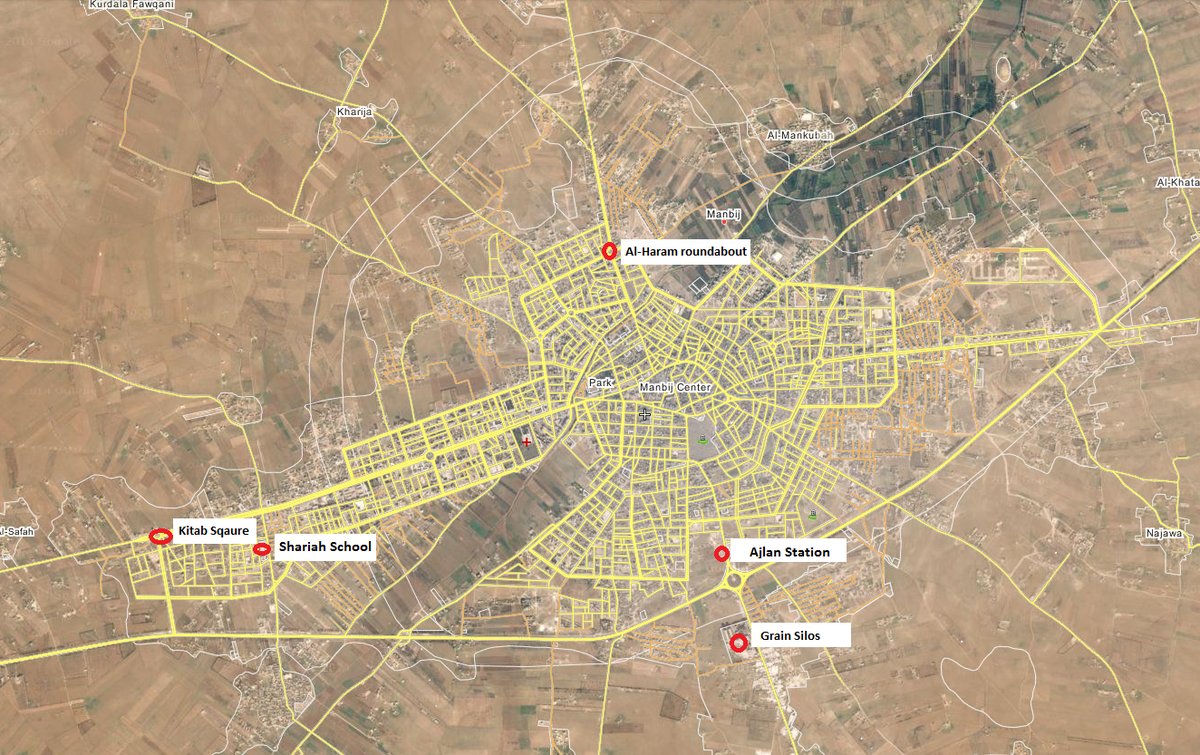 Heavy clashes are ongoing in Syria’s Manbij as Kurdish units, supported by the US-led coalition air power, are advancing to the city center. Kurdish units have seized the Al-Aljani gas station, besieged the Al-Haram roundabout and advanced to the eastern grain silo complex.

Omar Bin Khattab mosque has been surrounded by Kurds. Up to 30 ISIS militants are there.

Pro-Kurdish sources report that at least 60 ISIS militants have been killed in recent clashes. 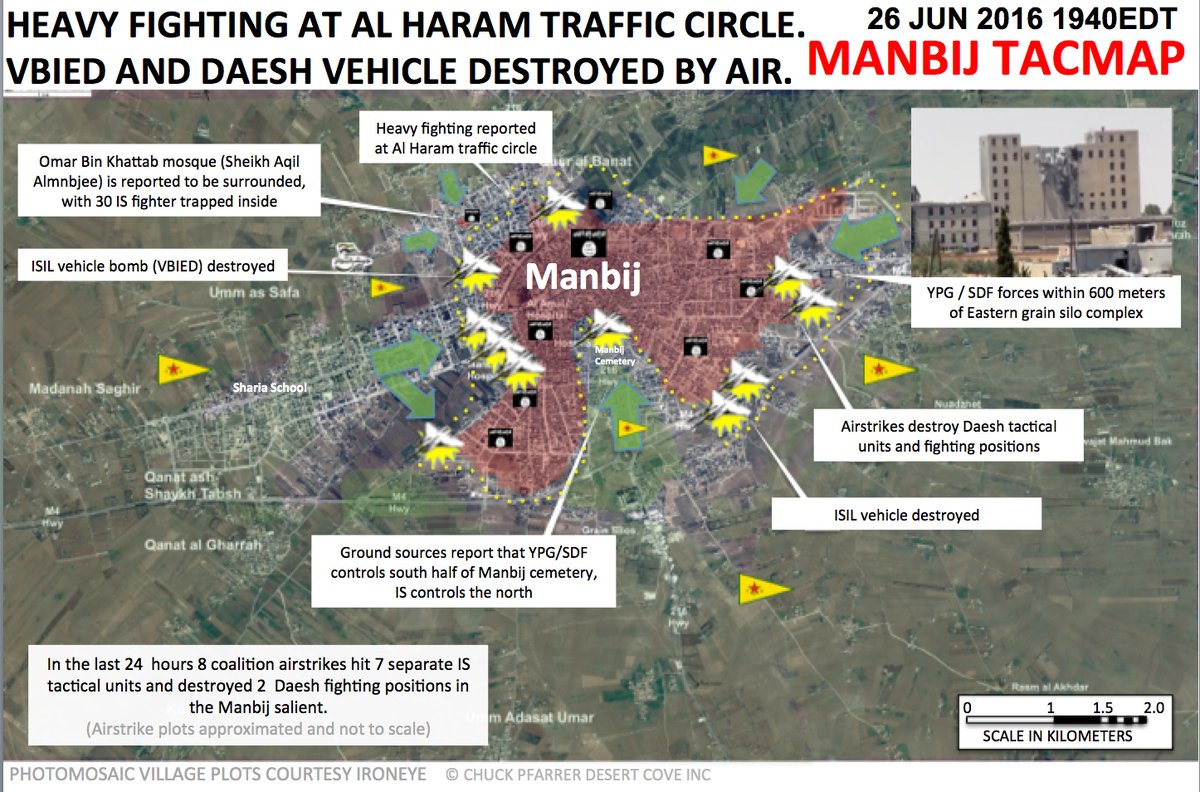 Good, squeeze the life out of them.