Pro-militant sources reported a Syrian attack helicopter has crashed between the Tiyas Airbase and the village of Huwaysis, West of the Palmyra city, in Homs province on May 10. The helicopter allegedly belonged to the Syrian Arab Air Force. Meanwhile, ISIS launched an offensive on the the Tiyas Airbase from the northern direction, threating the government forces’ communications with Palmyra. The clashes are ongoing there. 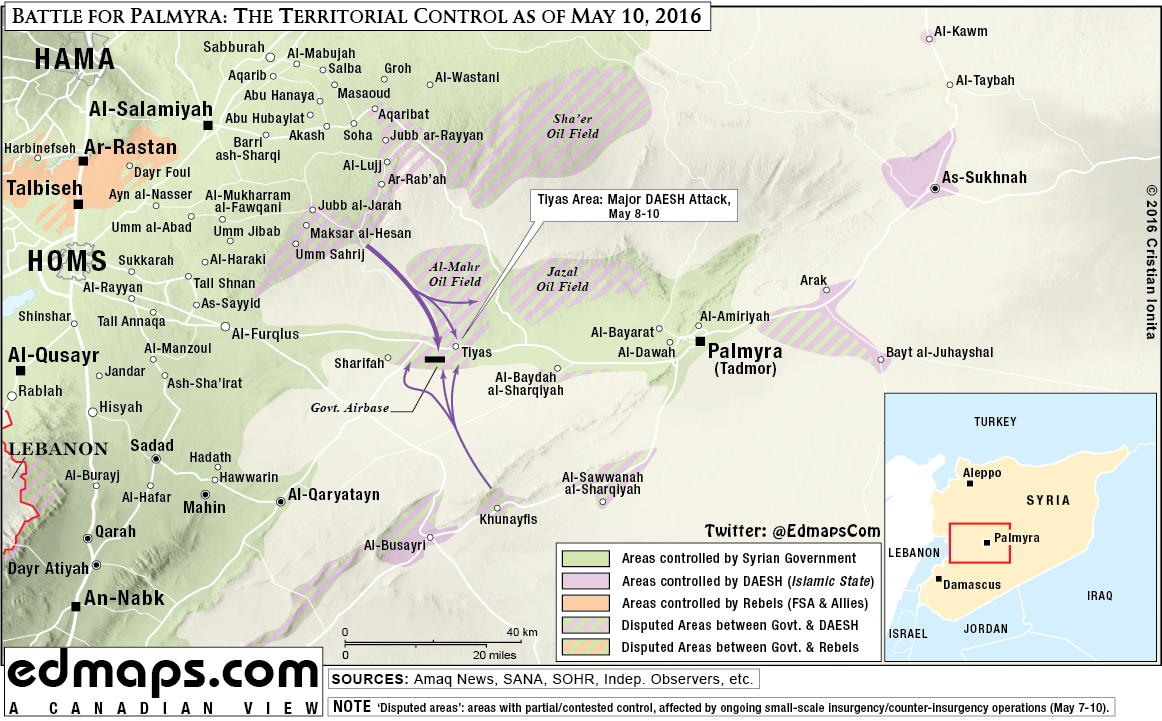